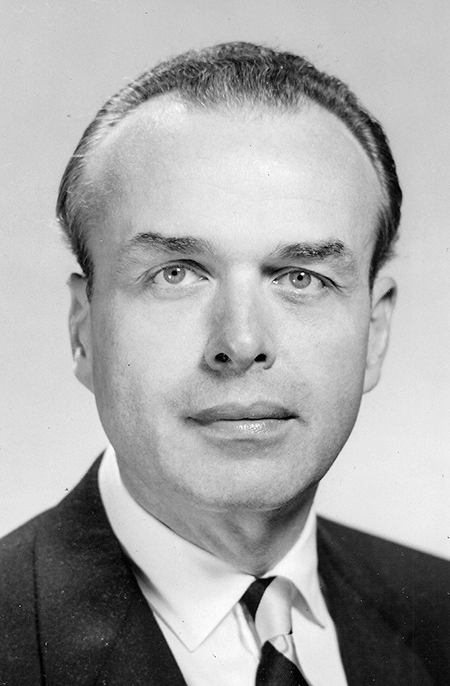 Credit: Courtesy of the Honn family

“A holder of over 25 patents, Honn is a 60-year veteran of the chemical industry. A member of ACS, he was president of the Commercial Development Association and was awarded the Golden C for his invention of the Hi-Liter and pioneering work in fluoroelastomers. He spent 40 years as an industry executive with M.W. Kellogg, 3M, Carter’s Ink, Olin, Henkel, and BASF. He shared a love of classical music with his beloved wife of 66 years, Alyce. At age 87, he wrote a 250-page memoir. He was president of his senior living facility and at 93 lectured on the technology of ancient Greece.”—Cynthia Hillas, daughter