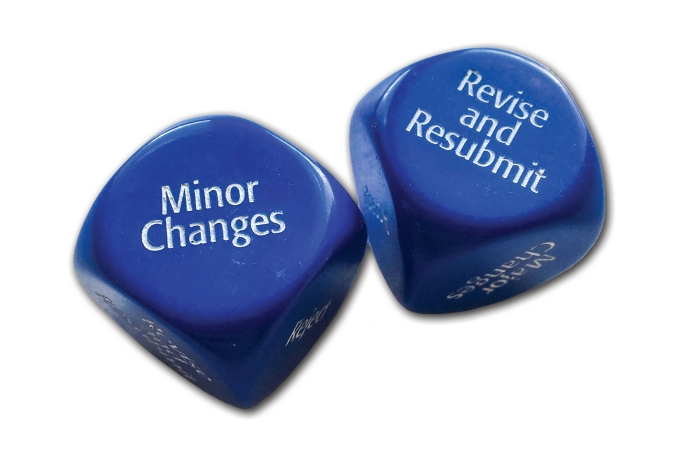 For more than two decades, a large, mysterious cube of concrete has sat forlornly outside of HSE University’s Institute of Education in Moscow. The story is that it was poured to plug up the ventilation shaft for an underground bomb shelter, abandoned after the end of the Cold War. A few months ago, the institute solicited ideas for how to turn the eyesore into something more attractive.

The winner was a project to turn the unsightly concrete block into a monument to scholarly publishing’s unsung heroes: anonymous peer reviewers.

“Peer reviewers are absolutely necessary to advance our knowledge, but their contribution is not always recognized,” says Igor Chirikov, a sociologist who works at HSE and the Center for Studies in Higher Education at the University of California, Berkeley. The craggy monolith reminded him of a giant die—a symbol of the sometimes baffling and hard-to-predict nature of peer review. He held a Kickstarter campaign to transform the block into a fitting tribute to those who decide the fate of the many manuscripts submitted to journals for publication.

[+]Enlarge
Credit: Igor Chirikov
Eyesore no more: An unsightly concrete block on the HSE University campus will be turned into a giant die as a monument to anonymous peer reviewers. 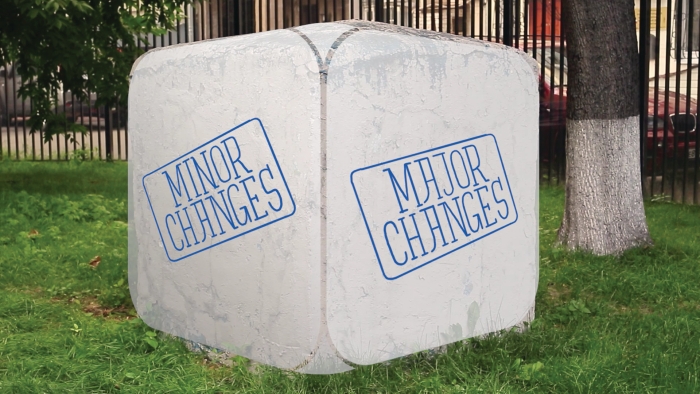 Credit: Igor Chirikov
Eyesore no more: An unsightly concrete block on the HSE University campus will be turned into a giant die as a monument to anonymous peer reviewers.

The concept is to sculpt the block and paint the phrases “Accept,” “Minor Changes,” “Major Changes,” “Revise and Resubmit,” and the dreaded “Reject” on its five visible sides. Project backers who donated $25 will get a die—a “model” of the monument—that can be used to make those difficult peer review decisions. Those who ponied up $40 will get a pair of dice. For $60, donors will get the title of a paper of their choice immortalized on the monument itself. Chirikov cannot guarantee that it won’t end up on the “Reject” side, however.

Like most researchers, Chirikov has been on both sides of the peer review process—he serves as a reviewer for several journals and, as an author, also has suffered from reviewers’ withering comments. “In a way, it’s a monument to all of us,” he tells Newscripts. 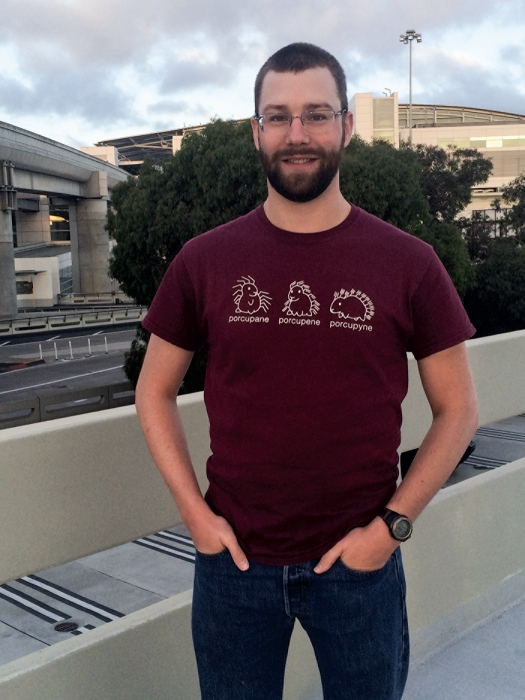 Another online venture has found success recently, though it was one that the creator did not anticipate. In 2013, G. Connor Evans—then a graduate student in polymer science and engineering at the University of Massachusetts, Amherst—produced a funny T-shirt for his fellow students. The design featured a trio of porcupines with spines in the form of various hydrocarbons. Naturally, these chemically altered creatures are porcupane, porcupene, and porcupyne.

Evans sold the shirt on his own, until a few weeks ago when a photo of the shirt was posted on Reddit, and the online chemistry community immediately started to drool. “I WANT IT,” declared one commenter, capturing the feelings of many on the forum. Evans had just defended his thesis and was preparing to start a new job in Maryland, but he hurriedly set up a page on Etsy to deal with the spike in demand. Surely, prickly, pun-loving chemists are grateful for the effort.

Policy
Thoughts on emojis
Environment
A furry tale
Education
A Chemist’s Drama, ‘The PHD Movie’ Sequel
Share X
To send an e-mail to multiple recipients, separate e-mail addresses with a comma, semicolon, or both.
Title: Honoring anonymous peer reviewers; punny porcupyne T-shirt
Author: Corinna Wu
Chemical & Engineering News will not share your email address with any other person or company.