How to be a better leader

by Brought to you by the ACS Career Navigator

Recently, during a multiday event that involved a formal lunch followed by training, the head of the organization came in to say a few words. Instead of using all of his allotted time (or even going over), he spoke for about half of his allotted time. Then he invited participants to ask questions about the ­organization, its history, current projects, future plans, or anything else on their mind. He answered every question directly and honestly, making those in attendance feel respected and informed. 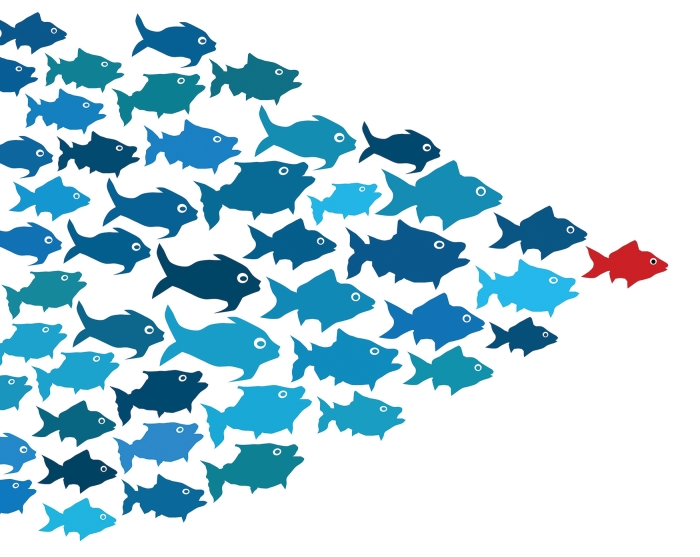 After the lunch, there was a brief break. A few people stayed behind to rearrange tables and chairs for the next session. The CEO chatted with a few people then commented that he needed to get going to his next event. Someone joked that he could stay and help move tables and chairs. Much to everyone’s surprise, the CEO immediately put down his papers and did just that! Watching him move furniture alongside everyone else, even though it was only for 10 minutes, re-enforced his message of teamwork throughout the organization.

Compare that with how a subcommittee involved in the event responded when asked to do something. After dividing up the tasks, each member did their individual part and then waited for another assignment. They often wandered off when their task was done, and they spent a lot of time looking for each other. They did not help one another and, in fact, often passed each other without any acknowledgment. Although they did get their tasks done, they weren’t really a team.

Why the difference? Why do some groups come together as high-performance, enjoyable teams that accomplish exceptional things, while others only do what they have to in order to get by? In many ways, the culture of any organization starts at the top, with the leader.

Is the leader a member of the team, ready to pitch in when needed? Does he or she truly care about the people on the team, appreciate their hard work, and recognize them as individuals with unique talents, interests, and needs? Is that attitude communicated to the team members? The actions of a leader, much more than words, are what the team will believe.

The real leader of a team may or may not be the person who has the title. A leader may be imposed on a group from the outside, but the true leader will often emerge from the ranks. This is the person to whom team members look for direction and advice. This individual may be out in front, cheering everyone on, or they may lead more quietly, offering suggestions and encouragement. The best leaders do some of each, depending on the team’s needs.

The last time you led a team, how did it go? Are you the type of leader who pushes or pulls? Were you asking people to do things you were unwilling to do? Or did they know that you had their back, that you cared about their success, and that you were willing to do whatever it took to ensure their success?

Get involved in the discussion. The ACS Career Tips column is published the first week of every month in C&EN. Post your comments, follow the discussion, and suggest topics for future columns in the Career Development section of the ACS Network (www.acs.org/network-careers).

Science Communication
Hammer time on Science Twitter and drummers keeping cool while keeping time
Education
New international students cannot enter US for online-only programs
Education
Chemistry-style fun and games
Share X
To send an e-mail to multiple recipients, separate e-mail addresses with a comma, semicolon, or both.
Title: How to be a better leader
Author: Brought to you by the ACS Career Navigator
Chemical & Engineering News will not share your email address with any other person or company.

Comments
Ray Kelling (Raleigh NC) (October 28, 2016 11:13 PM)
Comment on "How to be a better leader"
On a camping Trip my Boy Scout Troop put together these points of a Good Leader

1. A Leader is one who guides and influences others

2. A Good Leader improves himself by making good decisions

3. A Good Leader guides by his good example and thus influences others positively toward good decisions

4. A Good Leader stays informed, knows the difference between right and wrong and does the right thing

5. A Good Leader helps others and knows that to lead is to serve others

6. A Good Leader does his best and helps others do their best

7. A Good Leader stays focused on the goal or task

8. A Good Leader cares about others and himself

9. A Good Leader demonstrates by his life, actions, and words the principles of the Scout Oath and the Scout Law

10. A Good Leader is fair and doesn’t show partiality

11. A Good Leader is willing to sacrifice self-interest for the betterment of others

12. A Good Leader builds a team and works with them to accomplish what one person could not do alone

13. A Good Leader takes on the responsibility of doing the job, no one else wants to do

14. A Good Leader never asks someone to do what he wouldn’t do himself

15. A Good Leader takes on the responsibility for the actions of his team

16. A Good Leader does the task even though the timing may be inconvenient

17. A Good Leader has a plan, is prepared for the expected and the unexpected and gets moving

18. A Good Leader knows the abilities and limitations of his team and knows when to stop to avoid the potential for danger and accidents

19. A Good Leader respects others by asking questions, being a good listener, and considering the alternatives

20. A Good Leader learns from his mistakes, does not repeat them, and ensures others don’t repeat them.

21. A Good Leader increases the self-esteem of others

22. A Good Leader lives in his daily life the ideals he teaches

23. A Good Leader leads his team to do things safely and rejects that which is unnecessarily dangerous

24. A Good Leader helps others go beyond their doubts to expand their abilities

25. A Good Leader is consistent and persistent

26. A Good Leader dwells on the positive and not the negative

27. A Good Leader speaks out for his beliefs even when it may be unpopular

28. A Good Leader lives by the principles of the Scout Oath and Law