The global push against hydrofluorocarbons

To take a significant bite out of the world’s greenhouse gas ­emissions, governments are on the verge of a new agreement that will depend heavily on the chemical industry to succeed. 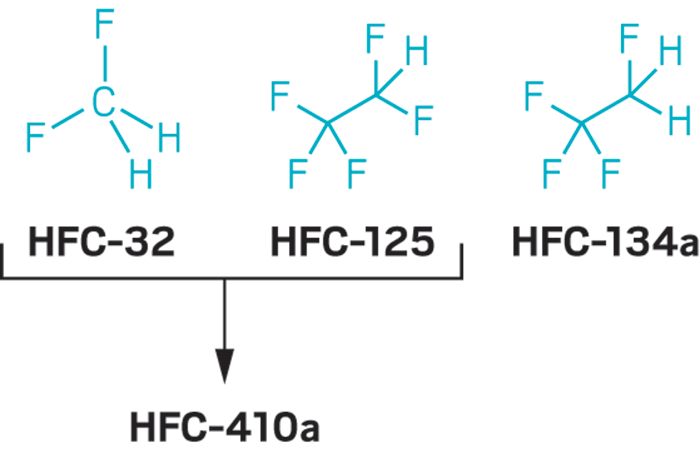 Negotiators are working to clinch a deal later this month that will map out the global phaseout of hydrofluorocarbons. These synthetic gases are used widely in refrigeration and are potent greenhouse gases. The chemical industry, which has made HFCs for decades, is expected to help the world make this switch by ramping up introduction and production of climate-friendly alternative substances.

As the international community comes to grips with hydrofluorocarbons, the U.S. Environmental Protection Agency has already started ratcheting down on these substances. EPA limited use of some HFCs last year and, earlier this year, proposed to approve a number of chemicals as alternatives to HFCs.

But some Republican leaders in the House of Representatives are pushing back against the agency’s efforts, questioning EPA’s authority to phase out HFCs under the Clean Air Act. They say EPA has failed to show that ratcheting down on HFCs would reduce risk to human health or the environment when compared with substitute chemicals, which include hydrofluoroolefins and propane. EPA’s program is intended to examine the overall risk that HFCs in use and substitutes for them would pose for human health and the environment.

Leading this charge are Reps. Steve Chabot (R-Ohio), chair of the House Small Business Committee, and Pete Olson (R-Texas), vice chair of the House Energy & Commerce Subcommittee on Energy & Power. They are concerned that EPA’s moves will hurt small manufacturers of refrigeration and cooling equipment.

Governments’ actions on HFCs are riding on momentum from last year’s Paris Agreement, which requires every nation to control its greenhouse gas emissions. The anticipated deal on HFCs, which negotiators expect to complete at an Oct. 10–14 meeting in Kigali, Rwanda, is being hammered out under a separate international accord: the 1987 Montreal Protocol on Substances That Deplete the Ozone Layer.

Initially, countries used the Montreal protocol to eliminate production of chlorofluorocarbons worldwide. Next, they expanded the pact to include hydrochlorofluorocarbons, which replaced CFCs in many applications. Both CFCs and HCFCs can erode Earth’s protective stratospheric ozone layer. HFCs, which don’t harm the ozone layer, became widespread replacements for both.

CFCs, HCFCs, and HFCs are also greenhouse gases. HFCs are particularly potent, with global warming potentials hundreds to thousands of times as potent as carbon dioxide by mass. In fact, past, present, and anticipated emissions of HFCs in the absence of the planned new pact could outpace the climate benefits of phasing out CFCs and HFCs. According to the Obama White House, “if left unchecked, global HFC emissions could grow to be equivalent to 19% of total carbon dioxide emissions in 2050.”

Many in industry at large as well as key chemical manufacturers support the international .

Such a deal “will provide strong direction to industry regarding investment decisions, while promoting a manageable transition to technologies that support a healthy climate and ozone layer and viable industries in all countries,” says Kevin Fay. He is executive director of the Alliance for Responsible Atmospheric Policy, which includes manufacturers that make or use fluorinated gases and are switching to the next generation of refrigerants. Among its members are fluorochemical producers AGC Chemicals, Arkema, Chemours, Daikin, Honeywell, Mexichem Fluor, and Solvay.

Environmental activists, too, support the pending Rwanda deal. They estimate that the new agreement will prevent emission of HFCs with a warming potential equivalent to as much as an additional 100 billion metric tons of CO2. They reckon that the pending agreement, if fully implemented, will prevent 0.5 °C of human-induced climate warming by 2100.

These calculations assume that the new treaty will encourage many developing countries that now heavily depend on HCFCs to bypass the use of HFCs. Instead, these nations would shift to newer chemicals that do not harm stratospheric ozone and have little or no global warming potential, such as hydrofluoroolefins.

Negotiators meeting in Kigali are expected to work out agreement details, notably the dates for freezing then phasing down production and use of HFCs. As has been the practice under the Montreal protocol since its inception, industrialized countries will be the first nations to cut and curb their production of the targeted chemicals. Developing countries will be given a longer time period to make the switch away from HFCs, explains Durwood Zaelke, president of the Institute for Governance & Sustainable Development, a nonprofit group.

The quicker the industrialized countries switch away from HFCs, the faster the developing world will too, says Clare Perry, a senior campaigner with the Environmental Investigation Agency, an advocacy group.

The pact expected to emerge in Rwanda would represent the most significant global policy move against greenhouse gas emissions since the Paris deal.

“This is the single largest piece of climate mitigation available this year,” Zaelke says.

Sustainability
US Senate passes sustainable chemistry legislation
Environment
P2 and ADM pair up for renewable products
Recycling
Coca-Cola bottler invests in recycling
Share X
To send an e-mail to multiple recipients, separate e-mail addresses with a comma, semicolon, or both.
Title: The global push against hydrofluorocarbons
Author: Cheryl Hogue
Chemical & Engineering News will not share your email address with any other person or company.