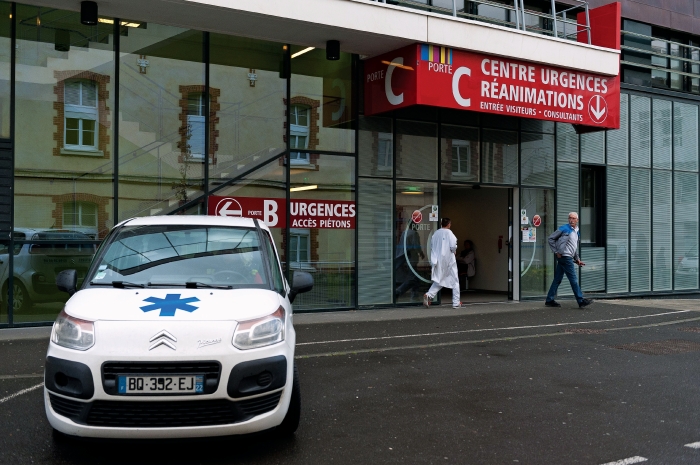 One man is dead and five men were hospitalized after participating in a Phase I clinical trial in Rennes, France.

[+]Enlarge
According to an unconfirmed clinical trial protocol obtained by a French newspaper, BIA 10-2474 has a pyridine oxide structure, drawn here. 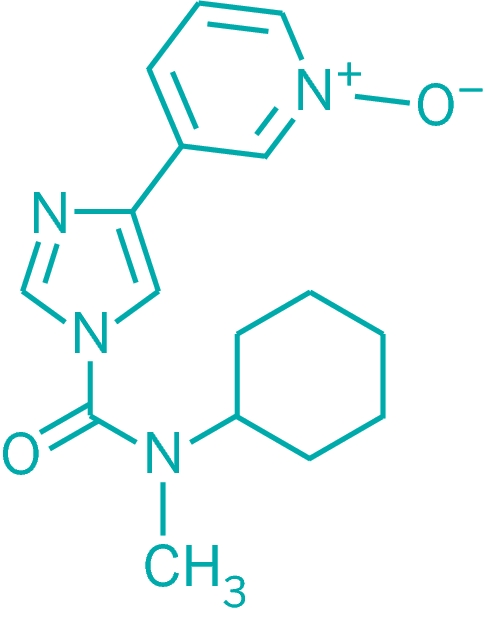 According to an unconfirmed clinical trial protocol obtained by a French newspaper, BIA 10-2474 has a pyridine oxide structure, drawn here.

The clinical trial, conducted by the company Biotrial on behalf of the Portuguese pharmaceutical firm Bial, was evaluating a pain relief drug candidate called BIA 10-2474 that inhibits fatty acid amide hydrolase (FAAH) enzymes. Blocking these enzymes prevents them from breaking down cannabinoids in the brain, a family of compounds that includes the euphoria-inducing neurotransmitter anandamide and Δ9-tetrahydrocannabinol, the major psychoactive component of marijuana.

Phase I clinical trials are conducted to check a drug candidate’s safety profile in healthy, paid volunteers. In this case, the drug caused hemorrhagic and necrotic brain lesions in five out of six men in a group who received the highest doses of the drug, said Gilles Edan, a neurologist at the University Hospital Center of Rennes.

The most severely affected man was pronounced brain-dead after hospitalization and then died on Jan. 17. Four men remain in the hospital in stable condition. The only man in the high-dose group who had no adverse symptoms has been released from the hospital.

Prior to the hospitalizations, 84 people had taken lower doses of BIA 10-2474 in the clinical trial without complications.

A spokesperson for the European Medicines Agency told C&EN that, “since 2007, approximately 12,500 Phase I clinical trials have been conducted in the European Union without any major incidents being reported.” The last major Phase I clinical trial catastrophe took place in London in 2006, when six healthy men suffered permanent organ damage, and the loss of fingers, from unanticipated severe immune reactions during testing of an arthritis and cancer drug candidate called TGN1412.

Multiple pharmaceutical companies, including Merck & Co. and Pfizer, have evaluated FAAH inhibitors as possible treatments for pain, mood disorders, and insomnia, among other applications, with no reports of significant adverse reactions until the Bial clinical trial. After the events in Rennes, Janssen, part of Johnson & Johnson Pharmaceutical Research & Development, voluntarily suspended a Phase II clinical trial of an FAAH inhibitor; no adverse events have been reported, the company noted in a press release, so it was a precautionary step .

As news of the clinical trial tragedy broke, the online chemical community exploded with speculation about the nature of the putative drug.

“What everybody wants to know now is its structure,” says Christopher Southan, a senior curator for the University of Edinburgh-based Guide to Pharmacology database.

As C&EN went to press, Le Figaro posted a 96-page clinical study protocol for BIA 10-2474 that the French newspaper procured from an unnamed source.

BIA 10-2474 “is designed to act as a long-active and reversible inhibitor of brain and peripheral FAAH,” notes the protocol. The compound “increases anandamide levels in the central nervous system and in peripheral tissues.”

The clinical trial protocol also notes that the company tested BIA 10-2474 on mice, rats, dogs, and monkeys for effects on the heart, kidneys, and gastrointestinal tract, among other pharmacological and toxicological evaluations.

At C&EN press time, Bial had not confirmed the structure listed in the protocol was indeed BIA 10-2474.

Drug Development
Chloroquine’s use to treat COVID-19 is backed by US government, but many questions remain
Drug Development
Hydroxychloroquine trials in turmoil
Drug Development
COVID-19 vaccines and antibodies advance even faster than expected
Share X
To send an e-mail to multiple recipients, separate e-mail addresses with a comma, semicolon, or both.
Title: New Details Emerge About Clinical Trial Tragedy In France
Author: Sarah Everts
Chemical & Engineering News will not share your email address with any other person or company.

Comments
Li sherlock (January 23, 2016 7:01 PM)
Very sad for the people affected.I am anti vivisectiona cruel & disgusting practice & feel this supports my views.Animal testing only shows what it does to the animal...
Reply »

Istvan (January 26, 2016 3:38 AM)
One can only guess, dear Li sherlock, how many similarly tragic _human_ accidents have been prevented thanks to toxicity findings that could already be noted in preclinical _animal_ studies.
Reply »

Edmund (January 28, 2016 10:48 AM)
It sounds like one of the learnings drawn from the previous disaster (TGN1412) could have been applied in this case, namely, allowing for substantial intervals between the moment of infusion between patients so that the rest are not infused if the first is already showing signs of crisis.

Allan K. Johansen (February 3, 2016 10:11 PM)
To Edmund's comment: the French Authority ANSM has released a 'Chronology of the evaluation and performance' of the trial, according to which the very first dose given (0.25 mg) was given (orally) to the very first subject, and after a 24 hrs interval the other subjects in the first cohort were dosed. It was first in the 3rd part of the study in cohort 5 with one daily dose of 50 mg over 10 days, that the now deceased subject had his first symptoms on day 5, for which he was hospitalised in the evening. However the 7 other subjects were dose the next morning/day (day 6), of whom 5 of them showed symptoms and were hospitalised over the next days (one of them appeared though to be OK and was subsequently discharged. The trial was discontinued after the day 6 dosing, as the poor guy initially hospitalised went into coma (and subsequently died on 17 Jan). The question is why the clinical staff decided to continue after the first hospitalisation, but that's something I'm sure ANSM now is looking at during their inspection.
Reply »