ACS honors industrial scientists with its Heroes of Chemistry Award

The following are the recipients of the ACS 2016 Heroes of Chemistry award:

One of the greatest joys of a chemist’s career is seeing the product they’ve worked on for so many years finally reach commercialization and impact human lives.

To celebrate these milestones, the American Chemical Society honored teams of scientists from five companies with its 2016 Heroes of Chemistry Award during the ACS national meeting in Philadelphia this past August.

This award recognizes commercial innovations and products that contribute to the welfare and progress of humanity and is ACS’s most prestigious honor for industrial scientists, who make up more than half of the society’s members.

Honored at the gala were teams from GlaxoSmithKline and Shionogi, which ­collaborated to develop and commercialize Tivicay (dolutegravir) for the treatment of HIV; a team from Honeywell UOP, which commercialized Green Jet Fuel, a fuel made from renewable sources; a team from Pfizer, which developed Ibrance (palbociclib) for the treatment of metastatic breast cancer; and a team from Honeywell, which developed HFO-1234yf, a more environmentally friendly refrigerant for mobile air-conditioning systems.

C&EN asked each team to give us a glimpse into the trials, tribulations, and personal satisfaction it experienced on the journey to commercialization. 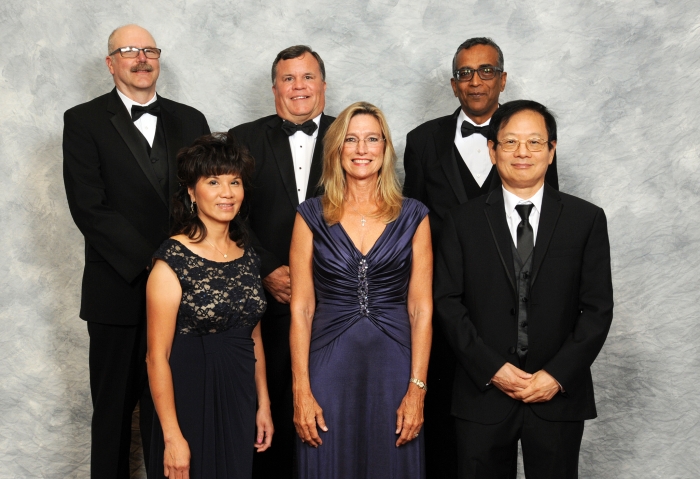 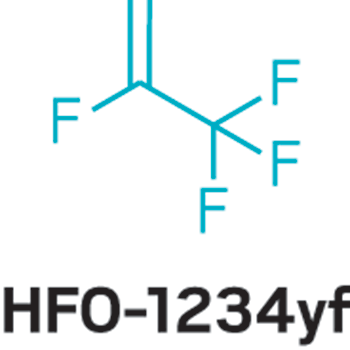 In developing HFO-1234yf (or 2,3,3,3-tetrafluoroprop-1-ene), Honeywell wanted was to produce a refrigerant for mobile air-conditioning systems that had lower global warming impact than hydrofluorocarbons (HFCs), but didn’t sacrifice performance or efficiency. In addition, it had to be cost-effective and a near drop-in replacement for current refrigerants.

“The automaker doesn’t want to change the entire design of the car to match the refrigerant,” says awardee Rajiv Singh, who is part of the Honeywell team that developed HFO-1234yf. “And if you come out with a gold-plated refrigerant, nobody will buy it.”

Developing the right compound was a balancing act. “It has to be stable for years and years, yet it has to be unstable enough that it gets into the air and decomposes within days,” Singh says. 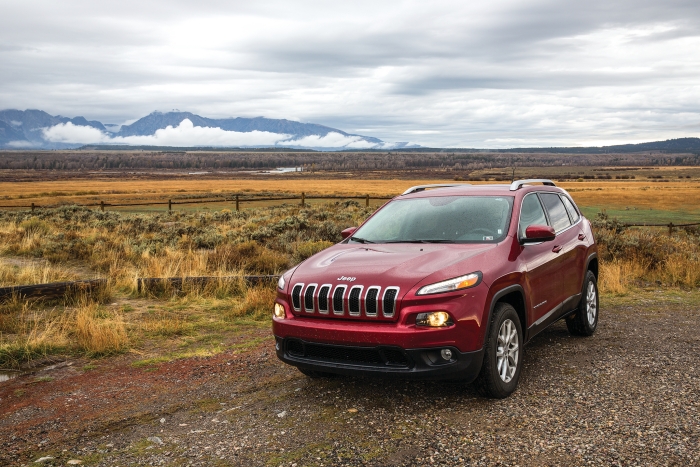 In 2011, the U.S. Environmental Protection Agency approved the use of HFO-1234yf as a new refrigerant in mobile air-conditioning systems for new cars and light trucks.

Singh says that, by the end of this year, more than 18 million cars will have HFO-1234yf installed. And more than 30 automobile brands and 100 models are using the refrigerant globally. Jeep, for example, began using it in its Cherokee vehicles in 2014. Honeywell is now building a production plant for HFO-1234yf in Louisiana. 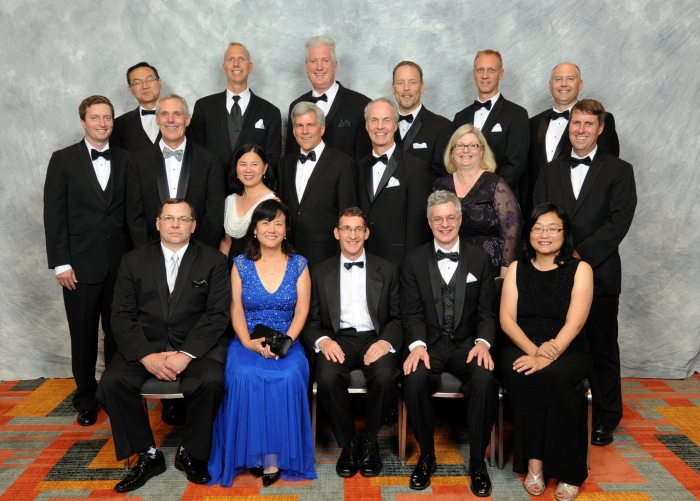 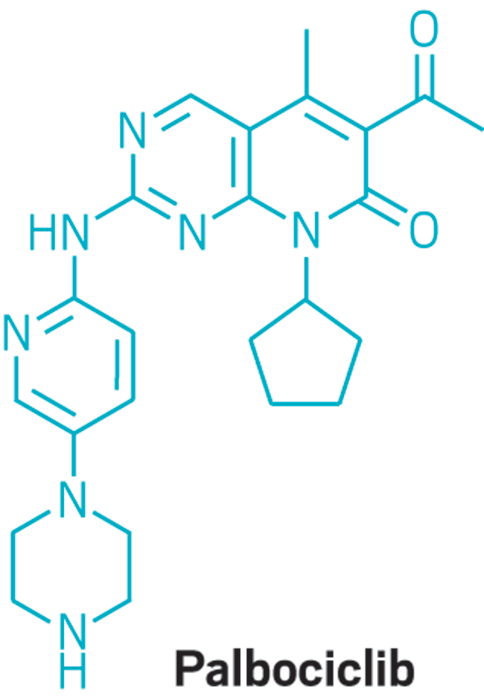 With her mother and sister having been diagnosed with breast cancer, Janet Klein figured that it would only be a matter of time before she would be diagnosed as well. And at age 49, she got the news she had been dreading. After a bilateral mastectomy, Klein went into remission, but the cancer returned three years later and had metastasized.

“That’s when I was introduced to the Phase I clinical trial for palbociclib,” says Klein, who is in remission today. “Within nine months of being on the drug, my scans came back with no evidence of cancer. It was unbelievable. The drug has given me a quality of life that’s as if I didn’t have cancer.”

Developed by Pfizer, Ibrance (palbociclib) is used in combination with other hormonal therapies, such as letrozole, to treat patients with hormone receptor-positive and human epidermal growth factor receptor 2-negative breast cancer that has spread to other parts of the body.

[+]Enlarge
Credit: Courtesy of Janet Klein
Klein says Ibrance (palbociclib) has given her back her quality of life. 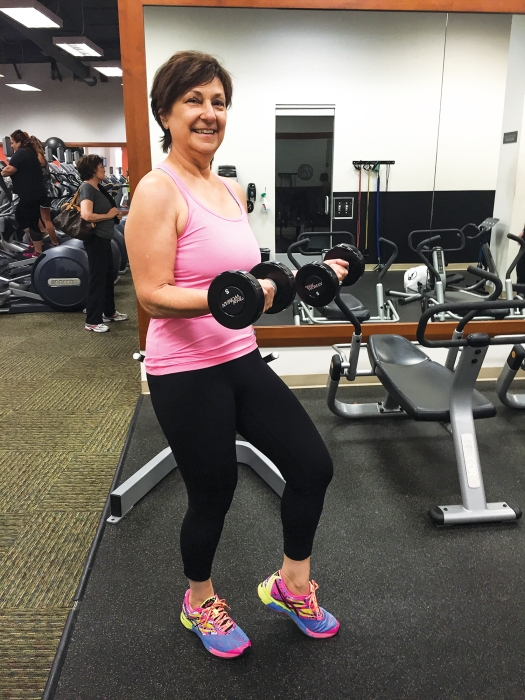 Credit: Courtesy of Janet Klein
Klein says Ibrance (palbociclib) has given her back her quality of life.

In the Phase II clinical trial, “we essentially doubled the time for tumors to grow from 10 months to 20 months,” says University of California, Los Angeles, associate professor Richard Finn, who, along with UCLA’s Dennis Slamon, collaborated with Pfizer to identify palbociclib for metastatic breast cancer.

“On Feb. 3, 2015, when the drug was approved, we walked out feeling like heroes,” says awardee Karen Sutherland, who is part of the Pfizer team that developed the product. “I think for all of us, realizing the impact of the drug was certainly a big motivation for us, and understanding the big picture about why we were doing this was huge,” she says. “We get to work on a huge variety of chemistry, and I still find it fascinating that we can go from an idea for how to put bonds together to seeing kilos and kilos of nice shiny, white crystals.” There’s no greater satisfaction then seeing your product come to life and help save lives, she says. 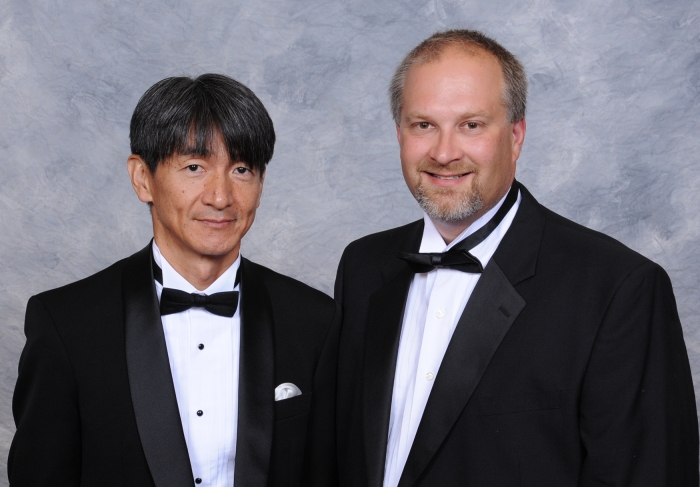 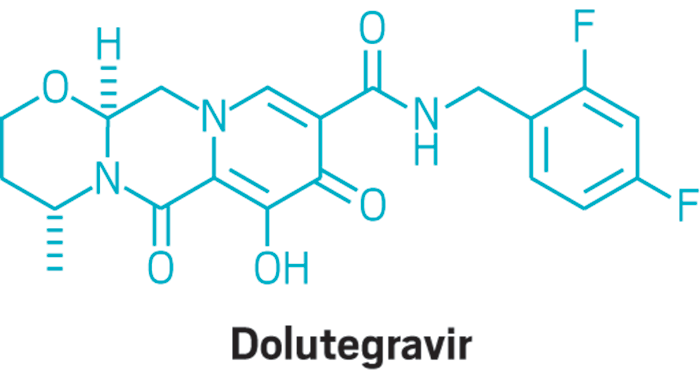 The journey to Tivicay (dolutegravir) began in the mid-1990s when researchers from Shionogi in Japan identified a lead candidate, S-1360, for the treatment of HIV. “Unfortunately, the candidate did not successfully reduce viral load in patients,” says awardee Takashi Kawasuji, who led the research team from Shionogi. But that compound triggered a collaboration with GlaxoSmithKline, and together they produced another lead candidate, S/GSK364735. Despite showing early promise in clinical trials, that compound was halted because of a safety issue.

[+]Enlarge
Credit: GSK
More than 200,000 people living with HIV and AIDS have been treated with Tivicay (dolutegravir). 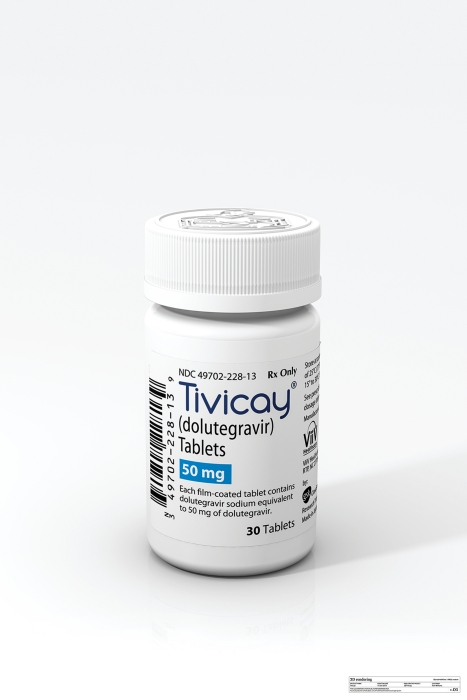 Credit: GSK
More than 200,000 people living with HIV and AIDS have been treated with Tivicay (dolutegravir).

Awardee Brian Johns of GSK recalls a breakthrough moment that finally turned things around: “Takashi and I were sitting in a conference room here in North Carolina, and I happened to have a map with me because we were going to a Durham Bulls baseball game,” Johns says. “Takashi and I were brainstorming, and that’s when we wrote down some structures on the back of the map that ultimately drove us to dolutegravir.”

Dolutegravir blocks HIV replication by preventing viral DNA from integrating into the genetic material of human T cells. It is typically used as a component of the triple-drug regimen Triumeq, which combines dolutegravir with abacavir and lamivudine.

“I think every failure is a stepping stone to success,” Kawasuji says. “We had synthesized nearly 4,000 compounds before dolutegravir. Dolutegravir is the result of consistent and diligent daily work.”

In 2013, the U.S. Food & Drug Administration approved Tivicay, and since then, more than 200,000 people living with HIV and AIDS around the world have received the drug. 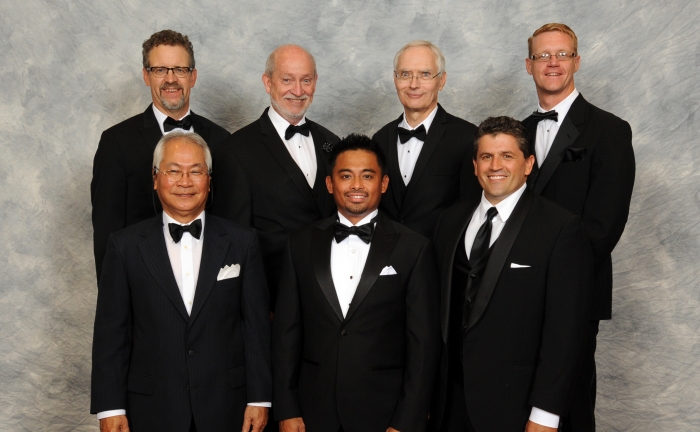 Made from renewable sources such as oils and fats rather than petroleum, Honeywell Green Jet Fuel provides a cleaner burn than conventional jet fuel. Depending on the feedstock used, the biobased fuel can offer a 65 to 85% reduction in greenhouse gas emissions compared with petroleum-based fuels, Honeywell UOP estimates. 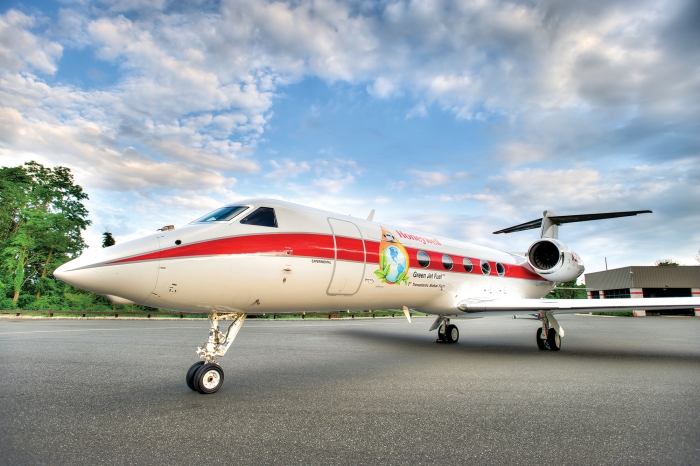 The company’s biobased jet fuel can replace as much as 50% of petroleum-based jet fuel used in flight, while meeting current jet fuel specifications. In addition, Honeywell UOP’s process is compatible with today’s refineries, making it easier for refiners to use existing infrastructure to produce the renewable jet fuel.

Awardee Stan Frey, who is part of the Honeywell UOP team that developed the product, says that chemistry played a key role in the entire process, from developing the jet fuel, to scaling it up, to ensuring that it was as reliable as petroleum-based ones.

For example, producing a biobased jet fuel requires that alkali metals be kept to extremely low levels, something that makers of petroleum-based jet fuels don’t have to worry about, Frey says. “The vegetable oil you buy off the shelf at the store isn’t good enough for the process. We eat all the calcium and sodium we can stand. Catalysts don’t like that stuff.”

What’s more, generating samples for aircraft demonstration at pilot scale presented chemistry challenges that don’t occur with large-scale petroleum production. “Trace contaminants had to be kept trace, which is not difficult to do when you’re running giant 20,000-m3 tanks in a refinery. But when we’re making drum quantities of them, suddenly problems like surface levels of these contaminants on the drum itself become an issue,” Frey says.

Comments
Robert Buntrock (October 14, 2016 9:05 AM)
Good to see that awards like these acknowledge the teams behind the innovations/inventions. At Amoco Research, we (those got management to acknowledge team innovation, including technicians, instead of acknowledging only every 5th patent awarded to a solo inventor. Much more realistic and rewarding.
Reply »