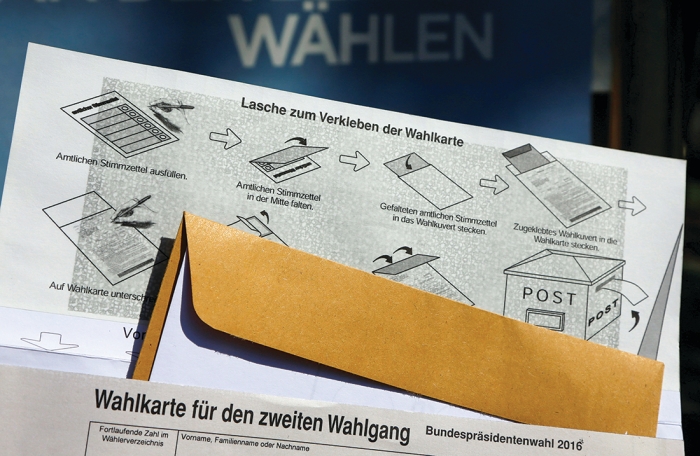 Originally to be held in May, the Austrian matchup has been delayed twice because of problems with mail-in ballots. The most recent delay concerned a flap over adhesive seals that mysteriously became unglued, rendering affected ballots invalid.

Running in the contested election is center-left candidate Alexander Van der Bellen and Norbert Hofer of the anti-immigrant Freedom Party. Van der Bellen won the runoff election in May, but Austria’s constitutional court threw out the results in July because of improprieties in how mail-in ballots were counted.

Then the ballots mailed for the Oct. 2 rematch became undone. Local newspapers have dubbed the incident Gluegate, the Glue Glitch, and the Glue Crisis, according to a report in the Wall Street Journal. Now the election has been delayed again, this time until Dec. 4.

The postponements stick in the craw of the country’s politicians. Van der Bellen noted the irony of the situation by declaring that the country “needs cohesion” in these difficult times. Hofer decried the general mess in Austria and declared: “We simply want our Austria back.”

No one seems to know why the glue for the October election failed, but Austria’s interior ministry has called in forensic experts from the Austrian Criminal Intelligence Service to investigate. The analytical chemistry experts, more often accustomed to working on drug cases, have already nixed the hypothesis that heat could have caused the ballots to become undone.

Suspicions are now focused on how the glue was applied to seal the ballot. But investigators still don’t know who supplied the glue. The Austrian ballot printer could only say that the glue came from Germany, a source of solace to the otherwise embarrassed Austrians. 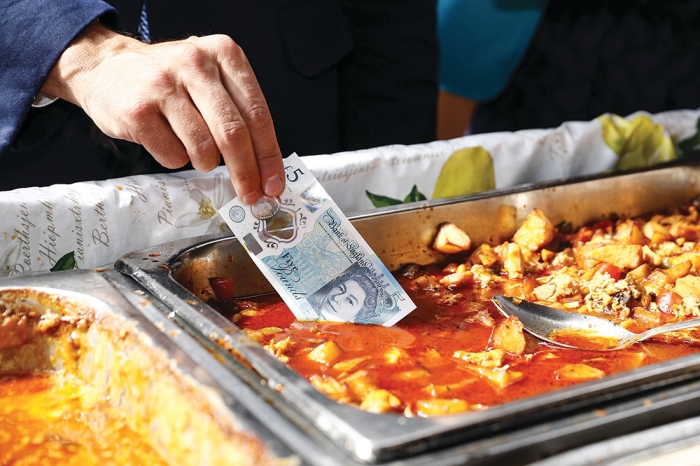 While the Austrians are learning to contend with things that don’t stick, Britons are learning to cope with the new sticky £5 polymer banknotes, the first polymer currency ever issued by the Bank of England. Made out of biaxially oriented polypropylene film, the banknotes have portraits of Queen Elizabeth II and statesman Winston Churchill, along with a tendency to stick together.

Yes, the polymer banknotes have their good features. They look bright and colorful, include a bevy of security features, last longer than the paper currency they replace, and don’t get dirty when dipped in curry.

However, cash customers using the new banknotes may end up paying twice, which can be quite irritating and would seem to negate some of the virtues of the spiffy new legal tender.

The burden will fall on the elderly who are most likely to pay in cash and may not be aware that the notes have a particular stick-to-itiveness, the London publication The Telegraph points out. The Bank of England admits the notes are prone to be tacky, especially when new.

Perhaps the best advice to the elderly would be to pay with plastic credit cards or only use polymer notes that have been around the block a few times. The Bank of England says the sticky effect is short-lived once the banknotes are in use.

Sadly, the new polymer notes also have other deficits. They begin to shrink and melt at temperatures above 120 °C. So, you can’t iron the new currency.

On a more serious note, polymer money does carry germs. But the risks of handling a germ-covered note are no greater than those posed by handling paper money or other common surfaces such as doorknobs or credit cards, says the bank reassuringly. Still, it might be a good idea to keep the currency out of the curry.