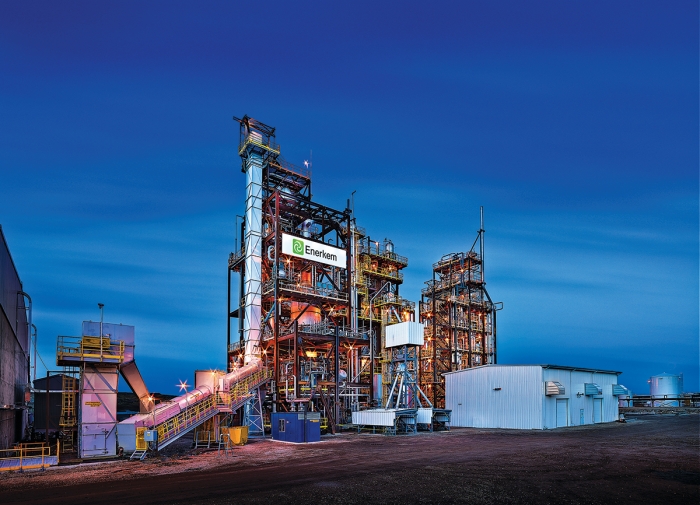 Credit: Enerkem
Enerkem is making methanol from trash at this facility in Edmonton, Alberta.

A group of companies calling itself the Waste-to-Chemicals Consortium has chosen the port of Rotterdam, the Netherlands, as the proposed site of a methanol plant that will use waste as feedstock.

The consortium, which includes Enerkem, AkzoNobel, and Air Liquide, will use technology developed by Montreal-based Enerkem to process municipal and other waste, gasify it, clean the resulting synthesis gas, and catalytically convert it to chemicals and fuels.

Enerkem built its first commercial-scale facility in Edmonton, Alberta, to take in municipal solid waste from the city. The Edmonton plant is currently making methanol, but Enerkem plans to produce ethanol there in 2017.

The Rotterdam project is specifically targeting methanol, which the consortium bills as a renewable building block that can be converted into chemicals including acetic acid and dimethyl ether, used in propellant gases.

Rotterdam, Europe’s largest port, has invested in other circular economy projects with the help of an executive of the recycling firm Van Gansewinkel, which is also a member of the Waste-to -Chemicals Consortium. For example, the port is studying a facility to turn used plastic back into oil to make new plastics.