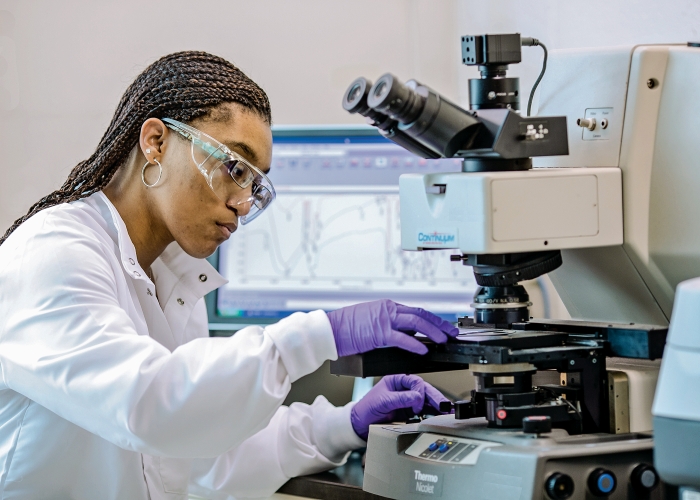 Solenis, Ashland’s former water treatment chemicals business, is now in growth mode, says its chief executive officer, John Panichella. Six acquisitions in the past two years, investments in capacity, and new water chemistry monitoring technology are aimed at reviving a business that was pretty much on hold since 2008.

Setting the scene for Solenis’s newfound emphasis on growth was its acquisition for $1.8 billion in August 2014 by Clayton, Dubilier & Rice (CD&R), a private equity firm that also owns the chemical distributor Univar and the industrial packaging firm Mauser Group. Whether that growth leads to an initial public offering of Solenis sometime down the road or its purchase by a strategic buyer really doesn’t matter, Panichella says.

Solenis at a glance

More important, he says, is doing right by a business that hadn’t made an acquisition since Ashland took it over in 2008 as part of its purchase of the specialty chemical maker Hercules. “We’re here to build and make this a better business. We have a bright future regardless of what happens,” says Panichella, who headed the business when it was part of Ashland and earlier worked for General Electric’s water treatment unit.

Over the next few years, Panichella predicts, sales will grow between 3 and 5% annually from their base of $1.7 billion in 2014. He wants 30% of sales to come from emerging markets and 25% of sales to come from products that are less than five years old. He is counting on those targets to enable Solenis to better compete with other water treatment firms including Buckman Laboratories, Kemira, and the Nalco unit of Ecolab.

Other observers note that Solenis faces additional headwinds. The paper industry, a large customer, is suffering from overcapacity because of the shift away from printed material to electronic communications, says Ray Will, a director at the consulting firm IHS Markit.

In the municipal water treatment market, competition is high and margins are thin, Will notes. The mining market has stalled in recent years largely because of the slowdown in demand for iron, copper, and aluminum from China. On the plus side, the oil and gas industry is set for recovery, he says, and with it will come greater demand for the chemicals needed to separate water from fossil fuels.

Despite the headwinds, Solenis expects to thrive. The firm added immediate sales with a series of bolt-on acquisitions intended to strengthen its hand in the pulp and paper segment, where it gets about two-thirds of its revenue.

Though the paper business is weak, packaging and tissue are experiencing 3% and 4% annual growth, respectively, says Jeff Fulgham, Solenis’s chief marketing officer. He attributes packaging growth to the “Amazon effect”—the boom in package shipments spurred by the online retailer. The tissue and towel markets are benefiting from the growth of the middle class in developing countries, he says.

Just this month, Solenis closed on the purchase of Nopco Holding, a maker of pulp and paper chemicals. In April, it acquired Lostris International and Wester Blend, Dutch manufacturers of pulp, tissue, and towel chemicals. And in February, it bought tissue and towel chemicals maker Clearwater Specialties.

Last year, Solenis bought Quimatec Produtos Químicos, a Brazilian maker of chemicals for the sugar and ethanol processing industry, along with an associated logistics provider. In addition to expanding Solenis internationally, the deal added “competency” in providing chemistry and services to sugar producers, Fulgham notes.

Solenis is also looking to expand its facilities in developing regions. It recently spent $5 million in Perm, Russia, to double production of polyacrylamide powders, used in markets including pulp, paper, oil and gas, mining, and biorefining. A $40 million “multipurpose” chemical plant is under construction in China, Panichella says, and should open at the end of next year.

In all, the company has more than 30 production sites where it makes water treatment chemicals including biocides, sizing agents, and corrosion control agents.

The markets for which Solenis supplies chemicals have many regulatory challenges. The firm is responding, Panichella says, with new specialty products such as biocides that have improved environmental profiles and are effective at lower levels than those in use.

The firm is also beefing up research into specialty chemicals that help customers deal with environmental issues. For example, Solenis’s Biobond technology combines biocides and cationic polymers to make waste paper recycling more efficient. Biobond also reduces water consumption and improves the quality of effluent. “We can save customers a lot of money with this technology,” Panichella says.

A common problem among many Solenis customers is how to efficiently monitor and control the chemistry of process water. “You reach a point where the chemistry is good, but you want to control it better than humans can,” Fulgham says.

Solenis says it has a better idea. The firm’s newer OnGuard monitoring and control system uses sensors to measure water contaminants—rather than treatment chemicals—without the use of a tracer. “More important is what actually happens in the system and then feeding in the chemistry as appropriate,” Panichella says.

“There’s so much more we can do with data and analytics,” Fulgham says. “And there is so much opportunity in our sweet spot.”

After Ashland acquired Hercules, it didn’t invest much in the water treatment business, Panichella notes. But with CD&R behind it, he says, Solenis is poised to take advantage of “a rich pipeline of opportunities” and be a water industry consolidator.