Scientific searches for dragon’s blood and the perfect burrito

Blood of dragon drawn once more

A fifth centenary exhibition of the work of early Netherlandish painter Hieronymus Bosch closed last month at the Prado Museum in Madrid. Central to the exhibit was a triptych titled “The Garden of Earthly Delights.” The painting, thought to depict Earth, heaven, and hell, has generated reams of critical interpretation, with the central vision of paradise and the panel on the right portraying hell drawing much of the attention.

The most straightforward panel, the one on the left representing Earth, shows the Garden of Eden with a Christ-like figure holding the hand of a kneeling Eve whilst Adam sits on the lawn. The tableau is set beneath a strange-looking tree, which may or may not be the Tree of the Knowledge of Good & Evil but is almost certainly , a palm variety found in North Africa and the Canary Islands.

Bosch, an artist and craftsman, would have known the exotic palm as the source of a viscous red pigment known as dragon’s blood. The color, used to depict rubies in paintings, was associated with the blood of Christ. The tree, as it turns out, is one of the least strange elements of Bosch’s triptych, torn, it would seem, from a botanist’s sketchbook.

A modern-day facsimile of dragon’s blood, vermilion, is produced as a pigment from mercury sulfide. But Newscripts has learned that researchers at Columbia University’s Making & Knowing Project have begun making the real thing from the resin of D. cinnabari, using a 16th-century recipe written in Middle French and copied from a manuscript in the National Library of France in Paris.

The Making & Knowing Project (C&EN, Aug. 3, 2015, page 35) is as concerned with the art associated with materials as it is with the science, says Pamela H. Smith, a science historian at Columbia who directs the lab.

“We are definitely interested in the movements of the late-16th/early-17th century in which university-trained people were very interested in the practices of craftspeople, collecting their recipes, their processes, and materials,” Smith says. “At the same time, there was an ambition on the part of craftspeople to be seen as on the same social and intellectual level as people trained at university.”

Smith and her associates are also concerned with the status of craft in a modern world where science and art long ago took separate paths but never left the Garden of Earthly Delights, or the human engagement with natural materials, as Smith describes it.

Scientific search for the perfect burrito

In the final weeks of this year’s presidential election in the U.S., we find ourselves hooked on data. And the 2016 election has offered much in the way of unique metadata. With a prolonged news cycle spinning the enticing idea of taco trucks on every corner, it should come as no surprise that the data are now in on the perfect burrito in the San Diego area. 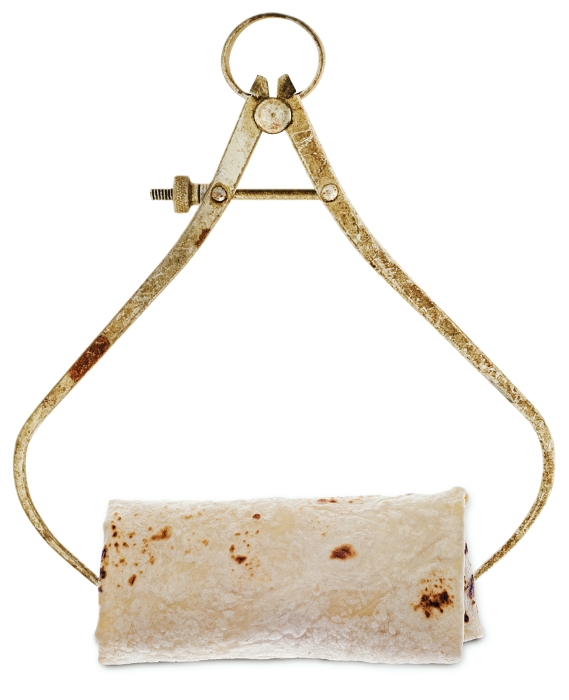 Earlier this year, Scott Cole, a neuroscience Ph.D. candidate at the University of California, San Diego, introduced a statistical burrito rating system based on a 10-dimensional model. As outlined on his webpage, the 10 factors cover facets of the “majestic cylinder” ranging from wrap integrity to flavor synergy, described as “that magical aspect a great burrito has, making everything come together like it is a gift from the skies.”

Inspired by the statistical website FiveThirtyEight, best known as the poll aggregator we will keep refreshing until Nov. 8, Cole’s data-driven rating system has generated a plethora of bar and pie graphs illustrating the importance of each burrito dimension to overall rating, correlations between cost and volume of burrito, and other factors.

So far, Cole and his team of reviewers have critiqued more than 250 burritos at over 30 San Diego-area restaurants. Leading the pack with the best-rated burritos are California Burritos, the Taco Stand, and Rigoberto’s Taco Shop.

Food
Whiskey made DIY and by AI
Computational Chemistry
Smart speakers compete in a science showdown﻿
Climate Change
Dry summer reveals ancient remnants; an aquatic meal for ruminants﻿
Share X
To send an e-mail to multiple recipients, separate e-mail addresses with a comma, semicolon, or both.
Title: Scientific searches for dragon’s blood and the perfect burrito
Author: Rick Mullin
Chemical & Engineering News will not share your email address with any other person or company.