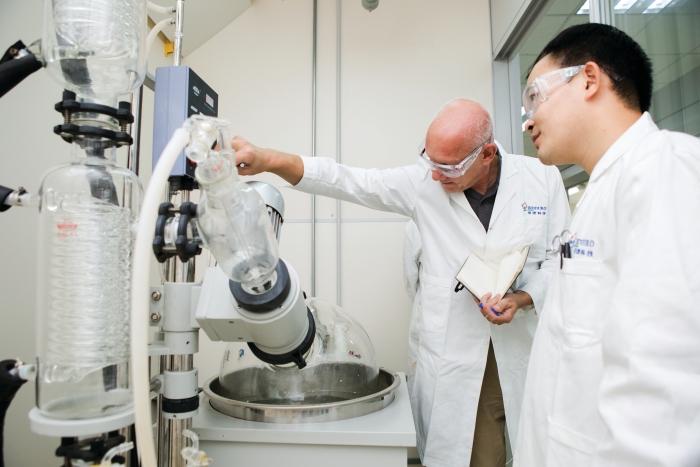 The original concept behind the Chinese contract research organization, or CRO, was to provide Western and Japanese drug companies with world-class research at Chinese prices. Increasingly, however, it is Chinese clients that are finding their way to the doors of CROs based in China. And whereas the pitch to foreign clients emphasizes attractive pricing, Chinese customers are not so price-sensitive.

“Chinese clients are well-funded, so it’s really the quality of our services that matters,” says T. J. Deng, general manager of BioDuro China, the China arm of the U.S. contract research firm BioDuro. “China is our fastest growing geographical segment.”

BioDuro set up its first labs, in Beijing, more than a decade ago to serve drug companies from the West. Five years ago, Deng says, China still accounted for less than 1% of BioDuro’s turnover, with the rest coming mostly from the U.S. and Europe. Last year, China’s share of the company’s business was well over 10% and growing rapidly.

A new Chinese regulation requires Chinese firms to show that their generics are the same as brand-name products. They ask CROs to conduct the studies.

Many companies don’t expect their current product portfolio to remain on the market. They are asking CROs to help them fill their pipelines with new drugs.

China-born entrepreneurs with experience in the U.S. and Europe are forming Chinese biotech firms that outsource much of their research.

Government agencies provide funding to academics at universities and research institutes to turn basic research into commercial drugs. Much of the drug development work is outsourced.

Drug research funding is available from venture capitalists and other investors that seek high returns.

BioDuro’s experience is not unique. China-based contract research firms have on the whole been enjoying a surge in business in recent years from established Chinese drug companies, small biotech firms, and government-funded research institutes and universities. At most CROs, business with Western and Japanese firms is still solid. The projects originating from within China are icing on the cake and are leading to staff increases and capacity expansions.

The magnitude of the increase in pharmaceutical R&D in China is breathtaking. In 2000, Chinese drug firms collectively spent $900 million on research, according to the Organisation for Economic Co-operation & Development, an international group that studies economic issues. By 2014, the sum had grown to $9.8 billion. Spending on pharmaceutical R&D by Chinese companies ranked third in the world in 2014, behind Japan at $14.0 billion and the U.S. at $52.5 billion.

But having neither the research labs nor the know-how to engage in innovative drug discovery and development, these generics firms naturally turn to research contractors to develop new drugs for them, Shao adds. “Generic drug firms’ main strength really lies in their sales channels, not their innovative capabilities.”

New Chinese companies funded by venture capital are also calling on local CROs, Shao notes. “The housing market is risky, and the stock market hasn’t been doing well,” he says. “Many investors are looking for a better place to put their money, and the returns from pharmaceutical investment seem attractive.” The outcome is a surge in the number of biotech firms in China engaging in innovative R&D, he says.

Sundia MediTech, a Shanghai-based contract research firm, is one of the players enjoying rapid growth from Chinese clients. Domestic customers grew from 25% of sales in 2013 to 40% last year, says Jim Li, the company’s chief executive officer.

Li explains that Sundia’s new business with China’s established drug companies is largely the result of a changing regulatory environment.

By 2018, Chinese generic drug firms will have to submit studies showing their products are bioequivalent to their name-brand counterparts, which are often sold only in the West. On the basis of the studies, Chinese authorities will select the products that will be allowed to remain on the market. Out of the 30,000 Chinese-made generic drugs currently approved—many of them just different formulations or packaging of the same active ingredient—only about 900 will remain, Li says. The result is likely to be the closure of many of the 7,000 or so generic drug producers in China, he predicts.

Facing doomsday, drug firms are looking for ways to survive, and this is boosting business for Chinese CROs. On the one hand, drugmakers are hiring CROs to conduct efficacy studies in the hope that their products will be among the few allowed to remain on the market. On the other hand, such firms are investing in drug research to develop a portfolio of unique or patented treatments. “The new regulations have created a life-and-death situation for Chinese drug companies,” Li says. 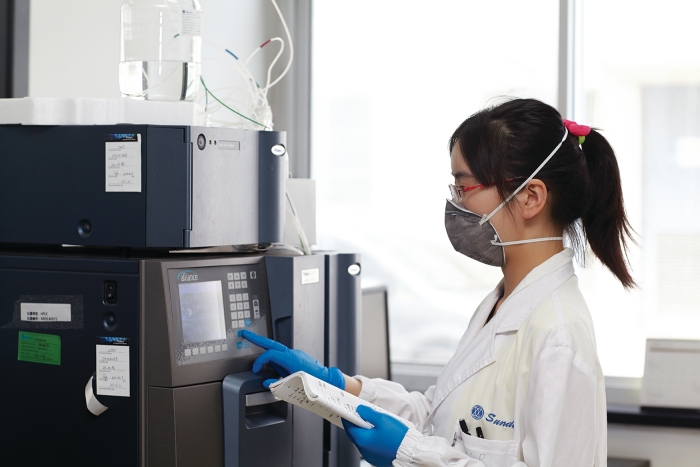 Echoing Shao, Li says the availability of research funding has fostered a thriving biotech sector in China that is also spending on CRO services. The biotech firms, he notes, are mostly founded by Chinese-born scientists who went west to study and start their careers and are now returning to China. Nicknamed “sea turtles,” the returnees take back with them to China their knowledge of how the global pharmaceutical industry works, as well as ideas for new drugs.

Like BioDuro and Sundia, Shanghai Medicilon is another CRO that is enjoying a surge in business from within China. “As recently as 2007, we were 100% oriented toward foreign clients,” says CEO Chunlin Chen. Today, Chinese clients account for half of Medicilon’s sales, Chen says.

Many of Medicilon’s customers are recently launched biotech firms. Their orders are often for large projects spanning a year or more and involving early-stage biology, medicinal chemistry, and preclinical studies. Medicilon also works with the for-profit subsidiaries of government-funded research institutes that are trying to turn basic research results into commercial drugs. “Chinese companies want intellectual property that will allow them to enter Western markets,” Chen says.

At PepTech, a provider of chemistry services in Shanghai, president and founder James Ma has observed that his Chinese clients come to his company with difficult projects. “The work that they ask us to do is as equally challenging as what we get from Western clients,” he says. “They see themselves as competing against Western companies, and so they value our experience in serving foreign clients.”

Chinese clients focus on quality, and they aren’t especially concerned about costs, says BioDuro’s CEO, Cyrus K. Mirsaidi. Based in California, with labs there and in Beijing and Shanghai, BioDuro is one of the few foreign-owned CRO operating in China. Its labs are equipped with top-quality instruments, the company says, and staffed with a large number of Western-educated Ph.D. scientists.

Formed in 2005 by the American entrepreneur John Oyler, BioDuro was bought in 2009 by the U.S. contract research firm PPD Laboratories. Last year, PPD sold BioDuro to the U.S. private equity firm Bridgewest Group. “Within China, we represent Western quality and Western standards, so Chinese clients don’t expect us to be that cheap,” Mirsaidi says.

In China, BioDuro’s customers include biotech firms as well as established producers of generic drugs. “The number of Chinese biotech firms is growing, and the projects they run are increasing in number and in size,” Mirsaidi observes.

However, the established drug companies are more likely than the biotechs to contract BioDuro for integrated projects involving the development of a clinical drug candidate from scratch. “Generic drug firms want to become innovators, but they don’t have capabilities of their own,” Deng says. “So we start our programs with them by providing a target.”

Although they commission substantial research projects, China’s established firms generally aren’t interested in novel drugs, Deng notes. “They are risk-averse,” he says. Their strategy is to minimize risk by focusing on the development of drugs that are similar to others already on the market.

At BioDuro and other CROs in China, the increase in business from within the country is leading to additional hiring and investment in new labs. Since July 2015, staffing at BioDuro’s Shanghai labs has grown by 130, to 680 employees, partly because of the increase in Chinese business. At Medicilon, Chen says, the company is in the process of increasing its headcount by 170, primarily for the purpose of better serving Chinese clients.

The expansion at China-based CROs is happening as costs in the country are rising rapidly, especially in major cities such as Shanghai and Beijing. This rise in costs has already started to cause Western drug companies and start-ups to rethink their reliance on China for research services. But for Chinese CROs, the possible loss of business is becoming less and less critical.

Business
China’s Drug Discovery Firms Will Soon Be Able To Launch Their Own Medicines
Pharmaceuticals
Developing Drugs For Chinese Patients
Pharmaceuticals
Sourcing Beyond China And India
Share X
To send an e-mail to multiple recipients, separate e-mail addresses with a comma, semicolon, or both.
Title: Why China’s contract research firms are doing more business at home
Author: Jean-François Tremblay
Chemical & Engineering News will not share your email address with any other person or company.