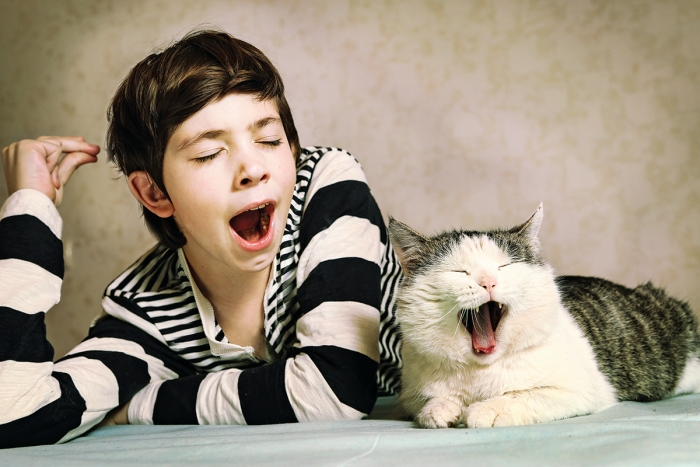 Andrew Gallup knows how to make good use of all those cat videos on the internet. And he knows how to do it with an eye toward science.

The correlation is notable because it demonstrates that a mammal’s brain, and not its body size, affects yawning. For instance, despite their large size, camels, gorillas, horses, lions, and walruses all exhibit a shorter average yawn length than humans, who are superior to those creatures when it comes to brain weight and complexity. To explain this phenomenon, Gallup posits that a longer yawn is necessary for larger and more complex brains that rely on the involuntary action as a means of promoting blood circulation and delivering oxygen.

Gallup, a self-described “yawnologist,” hopes his results will lead to research into whether longer yawns are reflective of superior cognitive ability within the same species. If such a correlation exists among humans, watch out: It will mean yet another reason to feel self-conscious when yawning in front of others.

Oreos do the twist 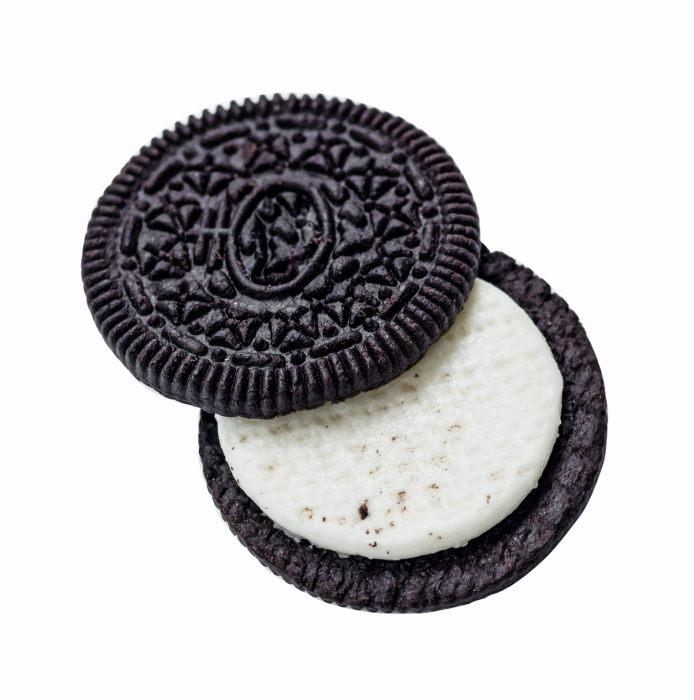 Three former Princeton University engineering graduate students have unlocked the secret to the Oreo twist-off game. For the uninitiated, the Oreo twist-off game is a game of chance akin to pulling apart a wishbone. To play, two participants each grab a different side of an Oreo, twist, and separate the cookie’s two wafers. The winner is the one who winds up holding the wafer with the cream affixed.

As grad students, John Cannarella, Daniel Quinn, and Joshua Spechler would meet during their department’s afternoon snack break, where, one day, the presence of an Oreo at the event led to a discussion about unlocking the physics behind the cookie’s game. After going through hundreds of Oreos and trying out different cookie separation tactics such as twisting at different speeds and angles, the engineers discovered the trick: the cream tends to adhere to the same side for every cookie in a given Oreo package.

The engineers believe this quirk is because all cookies within a package undergo the same manufacturing process, with hot cream being applied to one wafer before the other wafer is affixed. Given its hotter temperature, cream applied to the initial wafer flows better into that wafer’s crevices, creating a tighter bond that makes the cream more likely to stick to the wafer when an Oreo is twisted apart.

“We ate a lot of Oreos” to achieve this insight, says Quinn, who is now an engineering professor at the University of Virginia. But all that exposure didn’t ruin his appreciation for the cookie. He tells Newscripts, “I still love Oreos.”

Surface Chemistry
Video: Scientists turn understanding of bubble popping upside down
Food Science
What’s ice cream, and why do we scream for it?
Materials
Chemistry in Pictures: Moody goo
Share X
To send an e-mail to multiple recipients, separate e-mail addresses with a comma, semicolon, or both.
Title: Science courtesy of YouTube and cookies
Author: Jeff Huber
Chemical & Engineering News will not share your email address with any other person or company.