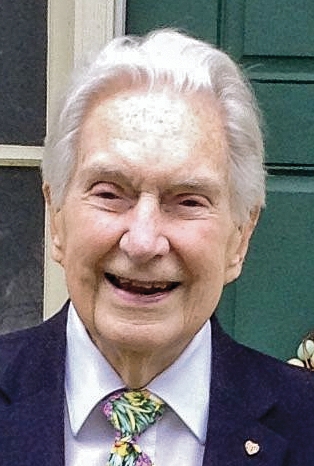 “Robert MacKay Jimeson Jr., was an internationally recognized expert in the fields of energy and fuels, environmental management, and chemical engineering. He developed solvent-refined coal, patented Methacoal, and designed the wings of the B-26 Marauder. He was a Professional Engineer, a Fellow of the American Institute of Chemical Engineers, and a member of the National Society of Professional Engineers and the American Chemical Society. His greatest wish was to get potable water to all people. He worked in 26 countries and published one book and 53 technical papers. He taught courses at Penn State and George Washington University.”—Shelley Jimeson, daughter

Persistent Pollutants
US FDA sets voluntary arsenic limit in infant rice cereal
Persistent Pollutants
Goodbye to some PFAS in food packaging
Pollution
Satellites can now see air pollution inequality within cities
Share X
To send an e-mail to multiple recipients, separate e-mail addresses with a comma, semicolon, or both.
Title: Robert M. Jimeson Jr.
Author:
Chemical & Engineering News will not share your email address with any other person or company.