Skunklock and Air Ink are trying to make the world a safer, cleaner place with chemistry

[+]Enlarge
Credit: Skunklock
Bioinspired engineering: Skunklock is a solid name, but we might have gone with Pepé Le Puke. 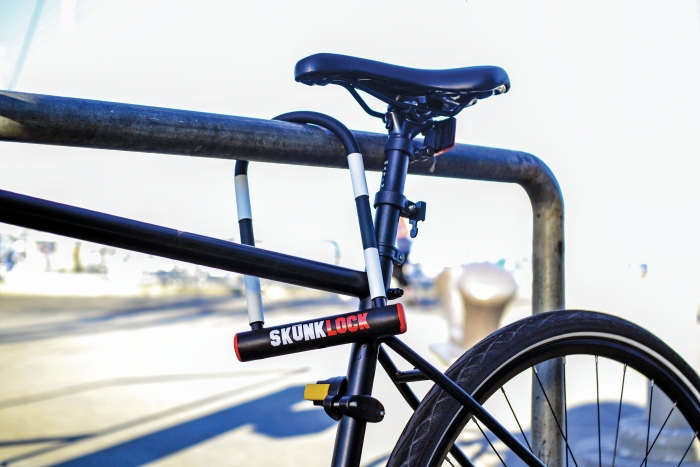 Credit: Skunklock
Bioinspired engineering: Skunklock is a solid name, but we might have gone with Pepé Le Puke.

The feelings that come with having a bike stolen—outrage, disbelief, vulnerability—can stew in a victim’s stomach until puking seems a welcome relief. A new bike lock aims to bring some justice to the world by turning would-be thieves into the ones losing their lunches. 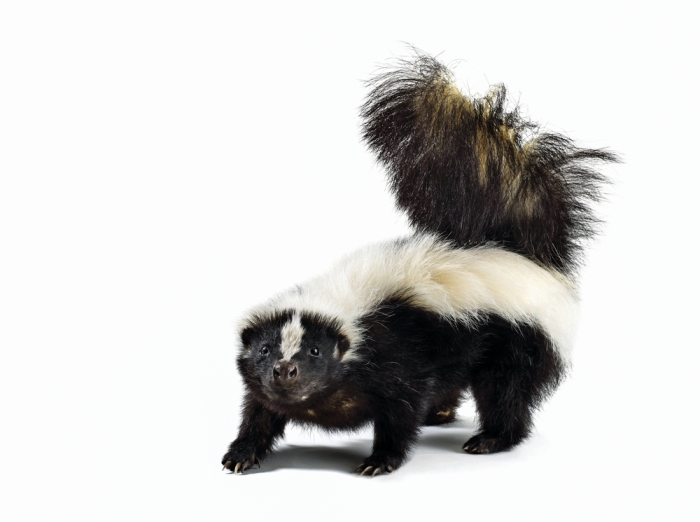 Though the lock looks like a common U-lock, it has a defense against no-goodniks with angle grinders that can cut through standard locks in less than a minute. When a so-called Skunklock is compromised, it sprays an aerosol of “some pretty wicked stuff,” causing bicycle bandits to vomit almost immediately, says Daniel Idzkowski, coinventor of the device.

Idzkowski is also chief executive officer of the Skunklock company, which has raised more than $45,000 as of press time through the crowdfunding website Indiegogo. He assures Newscripts that Skunklock’s proprietary chemical sprays do no lasting harm to thieves, although what happens to their clothes is a different story. The chemicals reportedly do not wash out of absorbent materials.

To develop the Skunklock, Idzkowski teamed up with Swiss engineer Yves Perrenoud and a Ph.D. organic chemist who’s made a career out of consulting, notably in the pepper spray business, says Idzkowski. He did not disclose the chemist’s identity.

The formulas are products of trial and error, with the Skunklock team serving as the subjects of those trials. “If we weren’t comfortable testing something on ourselves, we decided it shouldn’t be in the lock,” Idzkowski tells Newscripts.

The sprays include many food-grade compounds, including fatty acids and sulfur-based constituents, but Skunklock safeguards the precise composition of its spray formulas. Revealing that information could help bike thieves develop countermeasures, Idzkowski explains.

Noticeably absent from each formulation is capsaicin, he adds, which is commonly used in pepper sprays. He also says that the lock’s chemicals disperse quickly in air, so the only person vomiting during an attempted bike theft would be the culprit.

Indiegogo donors who pledged sufficient funds will be the first to receive the locks. Because those donors provided shipping addresses, Skunklock has been able to determine where demand for their locks will be highest and to ensure the locks will comply with local laws when they hit the streets. That will likely be around summer 2017, Idzkowski says. 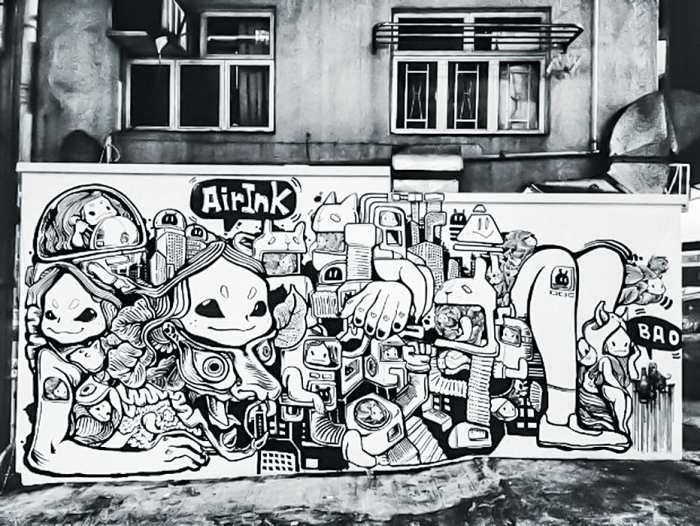 Credit: Graviky Labs
Trash to treasure: Thanks to chemists and artists, soot has never looked so good.

Another invention that might have readers breathing easier is Air Ink, which turns air pollution into an art supply.

Air Ink is an oil-based paint made with soot captured from exhaust pipes. Graviky Labs, a spin-off of Massachusetts Institute of Technology’s Media Lab, developed both the ink and the filterlike devices used to catch particulate exhaust. The capture contraptions fit over tailpipes without diminishing vehicle performance, according to Graviky’s website.

Once collected, the carbon-rich soot then “undergoes various proprietary processes to remove heavy metals and carcinogens,” the company says. Partnering with the Asian company Tiger Beer, Graviky has produced more than 100 L of Air Ink. To showcase the product, they put it in the hands of several artists in Hong Kong, and we’ve included a photo of one of their carbonaceous creations in this column.

Graviky is working to scale up to commercialize its ink products, according to the tech news website Gizmodo.

Although Graviky did not verify this claim for Newscripts, the company did send us a presentation with the following quote from renowned architect Richard Buckminster Fuller: “Pollution is merely a resource that isn’t being used properly.”

We tell you this mostly because we couldn’t pass up the opportunity to stress another connection between Fuller and carbon.

Persistent Pollutants
Goodbye to some PFAS in food packaging
Pollution
Satellites can now see air pollution inequality within cities
Pollution
Mercury makes it deep into marine trenches
Share X
To send an e-mail to multiple recipients, separate e-mail addresses with a comma, semicolon, or both.
Title: Skunklock and Air Ink are trying to make the world a safer, cleaner place with chemistry
Author: Matt Davenport
Chemical & Engineering News will not share your email address with any other person or company.