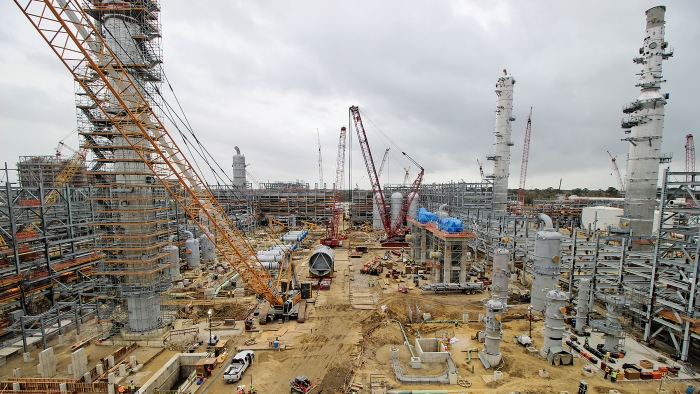 The first new U.S. ethylene project in the shale gas era, Chevron Phillips Chemical’s cracker in Baytown, Texas, has run into difficulties. Fluor Corp., a construction contractor for the project, is taking a $154 million charge due to complications resulting from bad weather and lackluster productivity.

Chevron Phillips is spending $6 billion on the Baytown cracker and a pair of polyethylene plants in Old Ocean, Texas. Fluor is building the cracker in partnership with Japan’s JGC, while a joint venture between Technip and Zachry Industrial is erecting the polyethylene units.

On a recent conference call with analysts, Fluor CEO David T. Seaton blamed the weather. So far this year, he said, the site has received about 250 cm of rain. Another Fluor project, a Dow Chemical cracker 100 km away in Freeport, Texas, received normal rainfall of about half that much. The Baytown flooding led to an out-of-sequence work schedule and lower productivity, Seaton said.

In a separate conference call, Tim G. Taylor, president of Phillips 66, which owns half of Chevron Phillips, said additional labor was needed at the site at the same time that the industry was experiencing a shortage of skilled laborers such as pipe fitters.

Chevron expects the cracker will run between 5% and 10% over budget and be completed during the second half of next year. The company expects the polyethylene plants will be finished, on time and on budget, in mid-2017.

The contract for the ethylene project is at a fixed price, which leaves Fluor on the hook for cost overruns.

Petrochemicals
Sasol looks ahead to Lake Charles restart
Polymers
Texas polyester plant is on hold
Petrochemicals
Sasol again reveals cost overruns for Louisiana project
Share X
To send an e-mail to multiple recipients, separate e-mail addresses with a comma, semicolon, or both.
Title: Texas project is headache for contractor Fluor
Author: Alexander H. Tullo
Chemical & Engineering News will not share your email address with any other person or company.