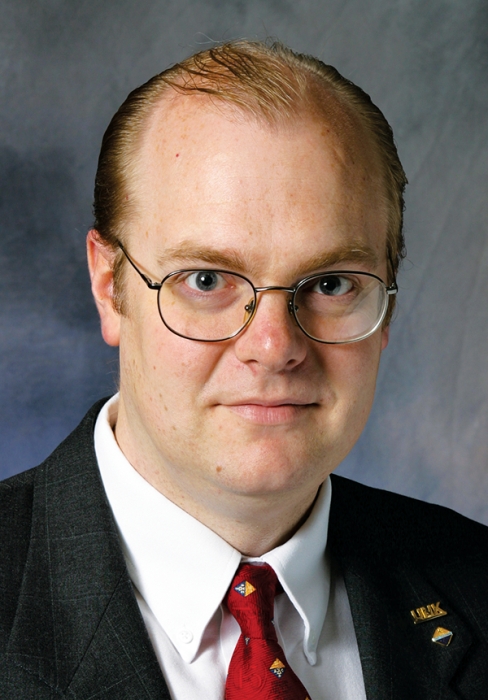 The Committee on Nomenclature, Terminology & Symbols (NTS) serves the American Chemical Society community through its review, recommendation, and action on matters related to the title of the committee. In the past, we have provided comments to the International Union of Pure & Applied Chemistry (IUPAC) and other organizations on issues of concern to chemists. Those comments reflect a desire to maintain a common core of units, nomenclature rules, definitions, and actions that can facilitate and ease communication among chemists across the world.

NTS encourages input and involvement from ACS members on fundamental issues such as these that impact our everyday work as chemists.

Prior to 1982, 1 atm (101,325 Pa) was commonly used to describe the standard pressure of a gas, and standard temperature values varied based upon the particular organization. For example, the National Institute of Standards & Technology (NIST) uses 293.15 K (20 °C) and 101.325 kPa (1 atm) to represent STP. The IUPAC recommendation in 1982 aligned STP more closely with the SI units developed by the International Bureau of Weights & Measures (BIPM). The BIPM proposed redefinition of the temperature unit, kelvin, does not change the numerical values of STP.

Although the use of 105 Pa for the standard pressure for describing gases was recommended by IUPAC, its implementation has lagged in chemistry textbooks, particularly within general chemistry courses in the U.S. For example, many textbooks refer students to the use of atmospheres in describing gases. The universal gas constant (R), to four significant digits, is then 0.08206 L∂atm / mol∂K. This causes a disconnection within a student’s learning when they are asked to complete thermodynamic calculations using R = 8.314 J / mol∂K.

Customs and preferences for reporting and communicating units should not be considered when educating our younger chemists.

Representing and performing calculations using the IUPAC recommended unit for pressure results in R = 8.314 L∂kPa / mol∂K. Thus, a more readily remembered value that is consistent with the IUPAC recommendations is easily introduced. Students, then, only need to be concerned with the units of the universal gas constant based upon the type of calculation they are performing.

The use of the pascal as a unit for pressure in general chemistry curricula has limited impact on other topics in those courses. Because the density of a gas changes as the pressure changes, the molar volume of an ideal gas must be based on the IUPAC recommendations for STP. This results in a value of 22.71 L/mol (to four significant figures), rather than 22.41 L/mol with the NIST method. The difference, 1.3%, is reflective of the difference in the pressures (1 bar versus 1 atm) used to measure the molar volume.

Other pressure-related values, such as osmotic pressure, ∏, and the gas equilibrium constant, Kp, are values that would have only limited adjustments based on the change to IUPAC units. Osmotic pressure would be reported in kilopascals or bar but would not fundamentally change as a result of the elimination of the unit atmosphere. The value of Kp would also not change because the terms of the mass action expression are taken relative to STP.

Other IUPAC recommendations are also overlooked when teaching general chemistry curricula in the U.S. Changes in thermodynamic units are typically introduced as a Greek delta, the thermodynamic unit, and the subscript for the process. For example, ∆Hfus is the symbolism currently used to represent the change in the enthalpy of fusion. That symbolism, under the recommendations of IUPAC, would be better written as ∆fusH. This representation is easy to read aloud. For example, ∆vapS could be read as “the change in the vaporization entropy.”

Customs and preferences for reporting and communicating units should not be considered when educating our younger chemists. In fact, to many freshmen in college, even the use of the SI system appears foreign. Thus, why should we spend time to encourage the use of scientific language that includes units and symbols that are not commonly used among chemists across the world? Successful instances of change have occurred in the past. The conversion of energy terms from the calorie to the joule and the updating nomenclature of binary inorganic compounds containing transition metals proceeded quickly.

We, as chemists and educators of students of all ages, know that it seems counterproductive to teach a unit that is not commonly used and is not recommended by the scientific organization we entrust to provide uniformity in scientific communications. This is made even more counterproductive when we consider that many measurements are reported by instruments and software where the conversion into IUPAC recommendations is automatic.

NTS welcomes your input on any issue associated with nomenclature, terminology, or symbols. E-mail me at michael.mosher@unco.edu.

Analytical Chemistry
New definitions for the kilogram and mole
Education
Speaking the same nomenclature
Environment
On Language And Units
Share X
To send an e-mail to multiple recipients, separate e-mail addresses with a comma, semicolon, or both.
Title: Teaching IUPAC recommendations
Author: Michael D. Mosher, Chair, ACS Committee on Nomenclature, Terminology & Symbols
Chemical & Engineering News will not share your email address with any other person or company.

Comments
Gabor Lente (January 7, 2017 5:46 AM)
As a university professor, chemical researcher and scientific journal editor, I very much agree with the views presented in this article. I would go even further. ACS, as a major chemical publisher could induce a lot of progress by simply enforcing the use of IUPAC recommendations and SI units in its own journals.
Reply »