ACS’s Work Is Not Done 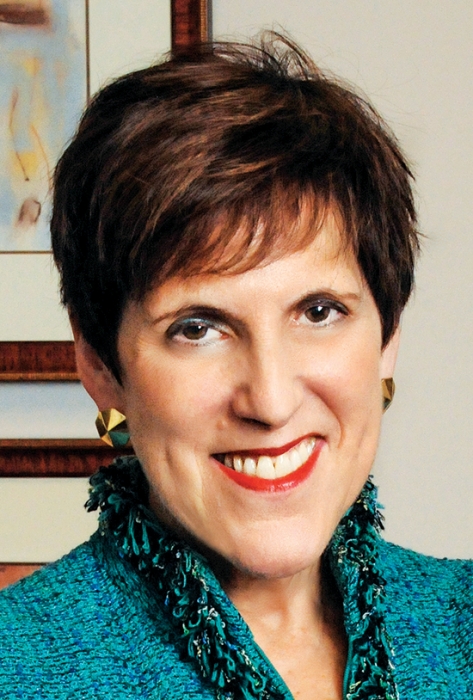 It’s just a little more than a month from the ACS national meeting in San Diego, and I am looking forward to congratulating nearly 80 distinguished scientists and engineers who are winning ACS national awards in 2016 (cenm.ag/awards2016). Most of these recipients are my personal and professional friends, and they are all deserving of their awards.

Nonetheless I’m troubled. By my count, there are only six women receiving awards (and two of those awards are for the Francis P. Garvan-John M. Olin Medal, which only goes to women, and the ACS Award for Encouraging Women into Careers in the Chemical Sciences). In addition, the photos published of the 2016 ACS national awards winners in C&EN further highlight the lack of racial diversity in the awards.

ACS has worked hard on this problem. As long as I can remember, the ACS Board of Directors has been concerned and actively working on diversity and inclusion. In 2014, ACS launched a five-year plan to address the lack of minorities and women winning awards (C&EN, June 2, 2014, page 32). Former ACS Board Committee on Grants & Awards (G&A) chair Valerie Kuck, as well as many of her colleagues, spearheaded this effort.

But there is a long way to go based on the outcome in 2016. I’m no longer privy to the statistics on how many women and minorities were nominated for the 2016 awards. And of course, in this regard, it’s like the lottery: You can’t win unless you are nominated. But I do know that at least one technical division had six outstanding women nominees last year—all top-notch—but unfortunately, none of the women nominees were selected.

The ACS Committee on Minority Affairs (CMA) continues to promote its mission to advance ethnic and racial diversity and inclusion in ACS and the broader chemistry enterprise. It encourages technical divisions to be inclusive in its programming and take a lead from the Division of Organic Chemistry, which promotes diversity explicitly on its website. CMA enlists technical divisions as cosponsors on programming at national meetings to broaden its audience. CMA also works closely with the Diversity & Inclusion Advisory Board and the Women Chemists Committee, which share many of these goals. But these three entities and G&A, no matter how diligently they work, cannot achieve the outcomes we desire without the help of all ACS members and the chemistry and chemical engineering community at large.

Most of my 45-year career has been devoted in one way or another to increasing diversity. In the past 21 years, as C&EN editor-in-chief and ACS executive director and chief executive officer, I emphasized awareness of racial and gender diversity through my writing and talks at companies, universities, and government labs. One key point of those talks is that our racial and gender biases are deep-rooted and often subconscious. Only by educating ourselves on racial and gender biases and learning how to overcome them can we make progress. This is an opportunity for ACS to live up to its strategic plan core value of diversity and inclusion and provide members with resources and training to make the progress needed.

ACS members can make a difference by making a conscious, concerted effort to nominate deserving women and minorities for national awards and, if you serve on a selection committee, overcoming innate biases that may exist. Nominations for the 2018 national awards open on July 1. It is not too soon to think about who you want to nominate.

In the meantime, let me invite you to honor people who have made a difference in making ACS a more inclusive and diverse scientific and professional society. If you are planning to attend the ACS meeting in San Diego, please join CMA and the Division of Professional Relations for a half-day symposium on Monday, March 14, on “How To Foster Diversity in the Chemical Sciences: Lessons Learned & Taught from the Stories of Recipients of the Stanley Israel Award.”

The symposium honors the memory of the late Stanley C. Israel, a distinguished polymer scientist, member of the ACS Board, and proponent of diversity in ACS. Eight recipients of this award will be speaking and sharing their stories, with talks including “Diversifying the STEM Professional Workforce by Building Capacity at a Two-Year College on the U.S.-Mexico Border” and “Taking Charge of the Lack of Diversity in STEM from Graduate School to the Professoriate: Developing a National, Nonprofit Organization.” Through this symposium, CMA hopes to build awareness of this regional award, which recognizes individuals and/or institutions who have advanced diversity in the chemical sciences and significantly stimulated or fostered activities that promote inclusiveness within the region. The nomination process for 2016 is detailed on the ACS website. Search “Stanley Israel Award,” and you will find complete directions for nominations.

This is just one more way to honor those who continue to work for diversity and inclusion in our ACS. Working together, we can make a difference.

Career Tips
Zoomed out? Here’s how to manage expectations
Careers
Career Ladder: Joyce Nethery
Postdocs
Postdocs ponder missed opportunities caused by the coronavirus pandemic
Share X
To send an e-mail to multiple recipients, separate e-mail addresses with a comma, semicolon, or both.
Title: ACS’s Work Is Not Done
Author: Madeleine Jacobs
Chemical & Engineering News will not share your email address with any other person or company.