Scientists have begun quantifying the effects of the Aliso Canyon disaster 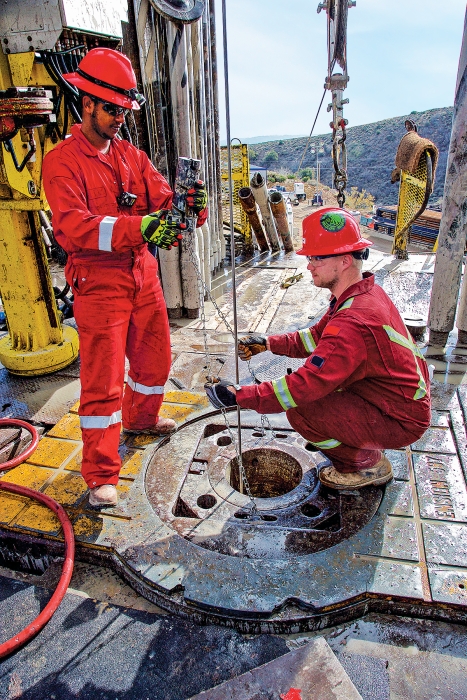 Engineers finally capped the massive methane leak in Southern California earlier this month. The leak, at the Aliso Canyon natural gas storage facility, had spewed the potent greenhouse gas into the atmosphere for more than three months.

Now scientists, engineers, and policy-makers are assessing the disaster’s ramifications, with one research team publishing a report that concludes the methane release was the largest in U.S. history (Science 2016, DOI: 10.1126/science.aaf2348).

The team, which was led by University of California, Davis, scientist Stephen Conley and UC Irvine chemistry professor Donald Blake, monitored methane emissions from the facility, both on ground and with aircraft.

Conley, also the team’s pilot, made 13 flights above the site from November to February, sampling methane levels and quantifying the size of the plume with measurements of wind speed and direction at different altitudes.

According to the measurements, the facility leaked a total of 97,100 metric tons of methane into the atmosphere. In 2004, a larger amount of natural gas was released from an underground well in Moss Bluff, Texas. But less of that methane reached the atmosphere because the gas exploded, converting methane to the much less potent greenhouse gas CO2.

The California leak began last year on Oct. 23. Environmental scientists blame poor maintenance of aging infrastructure at the facility as the cause. The Southern California Gas Co., which owns the facility, struggled to cap the leak at first and had to drill a relief well 2,600 meters below the surface. On Feb. 18, they finally stopped the leak by plugging it with cement.

As the facility spewed out natural gas, more than 11,000 people in the surrounding Porter Ranch area fled to motels and temporary housing. Many grew sick from mercaptan and other odorous compounds in the gas.

Residents are now beginning to return to their homes. “We expect air sampling data to show that no emissions are coming from the [facility], and we anticipate the odors will cease,” Jeffrey Gunzenhauser, interim health officer for Los Angeles County, said in a Feb. 18 statement.

The magnitude of this leak may spur some action from the state on methane emissions in general, says Timothy O’Connor, director of the oil and gas program in California at the Environmental Defense Fund, an advocacy group.

Pollution
Satellites can now see air pollution inequality within cities
Persistent Pollutants
Goodbye to some PFAS in food packaging
Pollution
Mercury makes it deep into marine trenches
Share X
To send an e-mail to multiple recipients, separate e-mail addresses with a comma, semicolon, or both.
Title: Southern California methane leak was largest in U.S. history
Author: Elizabeth K. Wilson
Chemical & Engineering News will not share your email address with any other person or company.