How drones help us study our climate, forecast weather

Scientists take to the sky to understand pollution 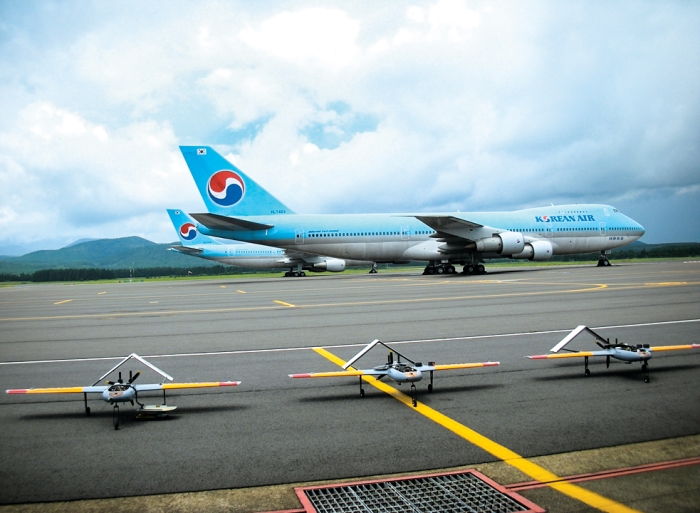 Veerabhadran (Ram) Ramanathan of Scripps Institution of Oceanography discovered something important when he launched one of the largest experiments to study air pollution with regular aircraft. “What I found was how expensive it was,” he says.

Ramanathan soon realized that fixed-wing unmanned aerial vehicles (UAVs) could perform many of the same studies for a fraction of the cost. He also realized that he could make his UAVs do things people wouldn’t or couldn’t do with conventional airplanes.

So, about 10 years ago, his team flew three lightweight fixed-wing craft—each about 25 kg—into a massive brown cloud of air pollution floating over the Indian Ocean. The drones flew in a formation like three points in a moving vertical line, spanning between 0.5 and 3 km above the ocean.

The drones effectively sliced through three different layers of the cloud, separated by only their altitude. “That would be very dangerous for pilots,” Ramanathan says.

Each aircraft carried more than a dozen instruments, including radiometers to measure solar radiation and optical probes to measure the size and distribution of aerosol particles, including the microscopic components of soot known as black carbon.

With this approach, Ramanathan and his team showed that black carbon was the second-largest contributor to global warming behind carbon dioxide.

Nowadays, Ramanathan is fully focused on remediation of air pollution, but other researchers are still studying pollutants with drones, including Catherine F. (Cathy) Cahill of the University of Alaska, Fairbanks.

She tells C&EN that researchers are now measuring a variety of greenhouse gases. But they would also like to track heavy metals emitted by industry and desert dusts rich in iron, silicon, and calcium that accumulate pollution as they blow through industrial areas, she says. These studies would require extremely sensitive mass spectrometers, however, which are currently too heavy for light, inexpensive drones.

Ramanathan adds that researchers are developing new sensors and flying platforms to achieve their goals. And he’s excited by the science that will become accessible as both technologies evolve. “I think we’ve shown that any measurement you can think of, you can make with a UAV,” he says.

It sounds like the kind of experiment Benjamin Franklin would attempt if he hadn’t died 225 years ago. Franklin is famously rumored to have studied weather phenomenon by tying objects to kites, and Chad W. Higgins briefly considered this strategy to collect the data he wanted—data that could improve weather forecasts.

GET IN FORMATION
Watch data fly in from Ramanathan’s three drones, shown as green, blue, and red dots, as they probe the sky over an island in the Maldives. The bars on the left show the concentration of aerosols.
Credit: Proc. Natl. Acad. Sci. USA

But then Higgins, an environmental engineer at Oregon State University, realized a quadcopter would offer his team more control. And it sounded like more fun to fly.

So the researchers ordered a drone from Amazon.com, found a pilot, obtained the authorization to fly, and jumped in a van to drive to their federally approved site. Here, they measured air temperature profiles within about 120 meters of the ground with unprecedented precision.

“There are all sorts of good reasons this information is important,” Higgins tells C&EN. The National Weather Service launches hundreds of weather balloons twice daily to record temperature and other data used in weather forecasting, he explains. These balloons can study more of the vertical expanse of the atmosphere, but Higgins and his team can collect much more data in the part of the sky closest to where humans live. 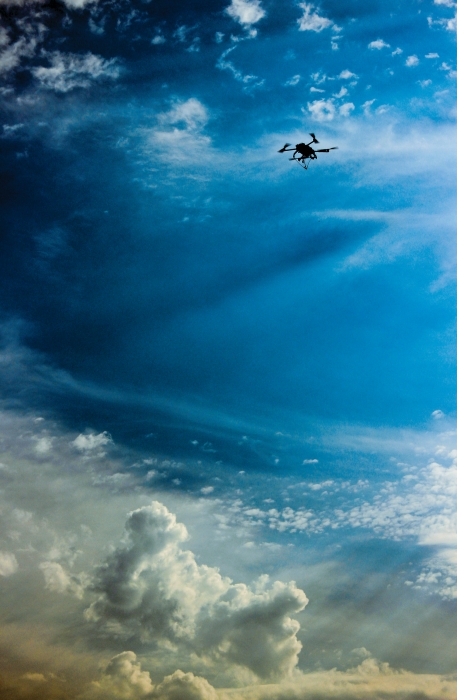 “We get a resolution of data that’s about 10,000 times as dense as anything done before,” he says. Using Raman spectroscopy, the team records air temperature once every second, with a resolution of roughly 10 cm and 0.01 °C.

The researchers fire nanosecond laser pulses through a fiber-optic cable that dangles from the flying drone to the ground. Most of the light goes right through the glass fiber, but some photons bounce around inside. A small percentage of that scattered light undergoes Raman scattering, meaning it bounces off the fiber with a different amount of energy than it came in with.

“The amount of Raman scattering you get is a strong function of temperature of the glass where the photon strikes the molecule,” explains team member Scott W. Tyler of the University of Nevada, Reno. This relationship enables the team to make their high-resolution measurements. 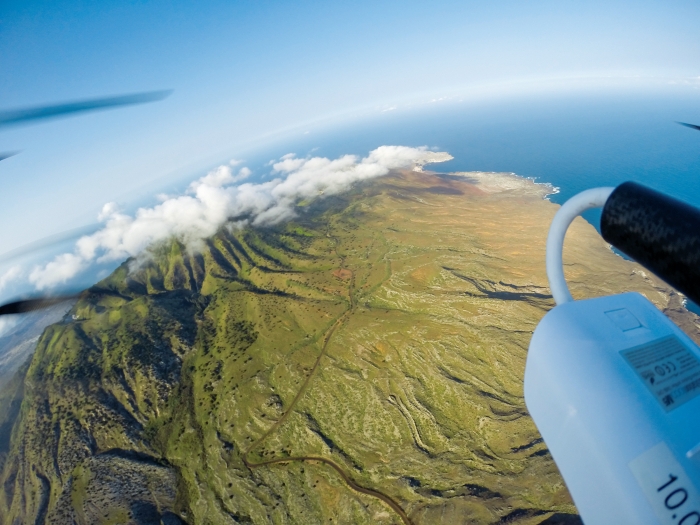 Although land-, piloted-aircraft-, and satellite-based measurements are starting to fill in important data voids, drones can provide one-of-a-kind information that helps determine whether methane circulating in our atmosphere comes from, for instance, fossil-fuel extraction, biomass burning, or microbial decomposition of plant matter in flooded areas. A more complete picture of methane sources could improve climate models—and could help regulators develop policies to stem the methane surge into our atmosphere.

On Ascension Island, a tiny piece of land in the middle of the South Atlantic Ocean, Rick Thomas of the University of Birmingham and his colleagues from the Universities of Bristol and London have sent drones up to 2.7 km above sea level to capture air samples. The drones need to fly at such a high altitude to reach above the blustery southern trade winds blowing from Africa to South America.

By sampling in and above the trade winds, the scientists can detect methane blown from all over Africa and the South Atlantic Ocean, depending on where the wind is coming from at a particular time, Thomas says.

Nisbet, Thomas, and their colleagues have been able to fly as high as they have because Ascension Island is a U.S. and U.K. military base. Military bases are exempt from regulations that require drones to remain in a line of sight and to go no higher than 121 meters. Of course, the scientists still had to apply for permission from military authorities, who obviously don’t want the flying robots interfering with the safety of their air traffic.

Environment
Drones scout out locations for energy-generating wind turbines
Environment
Methane Camera Spots Gassy Emissions
Environment
Fiery Origin Of Climate-Warming Aerosols
Share X
To send an e-mail to multiple recipients, separate e-mail addresses with a comma, semicolon, or both.
Title: How drones help us study our climate, forecast weather
Author: Sarah Everts and Matt Davenport
Chemical & Engineering News will not share your email address with any other person or company.