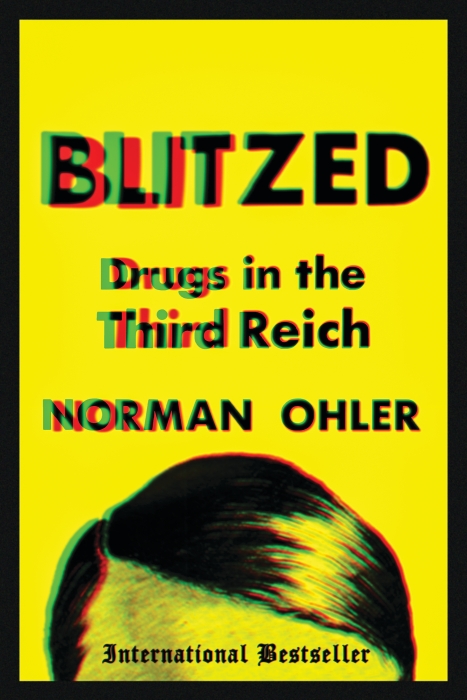 Adolf Hitler’s brand of white supremacy wasn’t just about racial purity. The leader of Germany’s Nazi Party during the Third Reich also advocated purity of mind and body, often boasting about his vegetarianism and teetotaler status. As it turns out, Hitler was not at all intoxicant-free, and neither were the German soldiers under his command.

In the book “Blitzed: Drugs in the Third Reich,” author Norman Ohler chronicles the rampant and strategic use of methamphetamine by Germany’s armed forces in World War II. For example, some 35 million methamphetamine pills were delivered to the German armed forces in the spring and summer of 1940 to aid their invasion of France, Holland, and Belgium. And even though Hitler wasn’t a meth user himself—he probably tried it only once—he received regular doses of steroids, the opioid oxycodone, cocaine, and even injections of tissue extracts from slaughterhouse animals. Ohler chatted with C&EN about how drug use by the Nazis impacted WWII.

In the late 1930s, a Berlin-based pharmaceutical company called Temmler began selling methamphetamine tablets under the brand name Pervitin. The firm advertised it as an inexpensive substitute for coffee. You point out in your book that even homemakers were eating chocolates filled with the stuff. Yet methamphetamine had been discovered decades before. Why did Temmler start producing Pervitin when it did?

Previous work: Ohler has been a journalist and filmmaker, has written three novels, and has cofounded an art gallery in Manhattan.

The inspiration to write “Blitzed”: A Berlin-based DJ told Ohler that the Nazis were high on drugs and wondered whether this could be the basis for a film. After researching the idea, Ohler realized that the truth could be more fascinating than fiction.

Methamphetamine was first synthesized in Japan in 1919. Temmler patented a new method for synthesizing it in 1937. Why the company decided to focus on methamphetamine is hard to say. Its chemist, Fritz Hauschild, started to work on it after the 1936 Olympic Games in Munich. Rumors were circulating at the time that the American athletes had doped with Benzedrine or another form of amphetamine, but there’s no documentation proving this to be true. However, the rumors might have been the reason Temmler decided to see if there was a more potent amphetamine to be marketed. 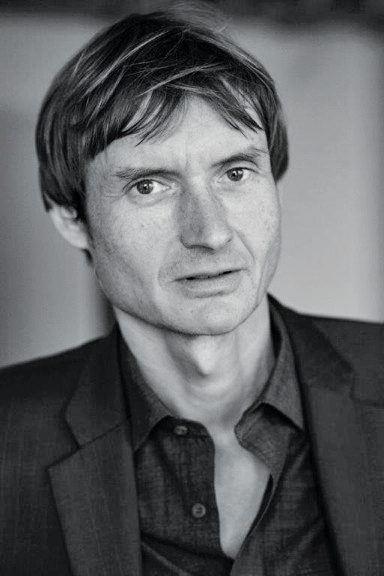 Your book argues that Pervitin use was widespread in the German armed forces. How did military meth use impact the trajectory of World War II?

It gave German soldiers an edge because methamphetamine in certain doses reduces fear and the desire for sleep. This was crucial in the invasion campaign against Belgium, Holland, and France that started on May 10, 1940. The German military wanted to get through the Ardennes Mountains without stopping, to reach the French border town Sedan. Methamphetamine was part of the strategy to reach Sedan within three days and three nights so that the Allies, who were mainly in Belgium, didn’t have time to race back and defend the French heartland.

The strategy to run through the Ardennes Mountains without stopping was considered crazy and impossible, even within the high command in Germany. The Allies were also sure that such an advance would not be possible. After the campaign, General Heinz Guderian said, “I had ordered you not to sleep for 48 hours. You kept going for 17 days.” I don’t think a human can stay awake that long—probably not even a human on meth. So Guderian was probably exaggerating, but it shows that the Germans didn’t really sleep for long stretches in that Blitzkrieg campaign. 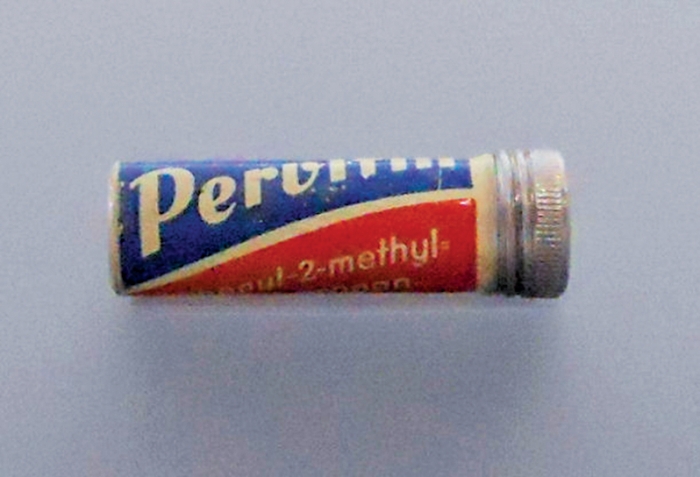 You write that as the war progressed, Hitler replaced the high he got from adoring crowds with “chemically induced confidence.” How did you find evidence for his frequent injections of all sorts of substances, from opioid drugs and steroids to more benign glucose?

I was curious about Theodor Morell, Hitler’s personal physician who spent more time with Hitler than anyone else did. They got along well and were together most of the time. I went to the archives where Morell’s notes about Hitler were kept, at the Institute for Contemporary History in Munich and in the German Federal Archives in Koblenz. They were very detailed and gave an interesting account of what Hitler took. Morell wrote the date, the dosage, the circumstances, how Hitler was feeling, and what he had to do that day.

Morell’s notes show that Hitler took these drugs, but some critics think you have overinterpreted the doctor’s files, assuming that regular injections of a substance labeled “x” often contained oxycodone. How do you respond to this criticism?

I would not say, and did not say in the book, that “x” always equals oxycodone. But looking at the specific situations, I would assume that sometimes “x” meant more than glucose or a vitamin injection. For example, on July 20, 1944, a bomb goes off at Wolf’s Lair, Hitler’s eastern front headquarters. Hitler is really injured. He’s got hundreds of splinters in his body, his eardrums are perforated, and he’s got a meeting with Mussolini a few hours later.

An ear, nose, and throat specialist named Giesing puts some kind of acidic medicine on his ears to close the eardrums. All the splinters are removed from his body in a painful process. But Giesing writes that he was amazed that Hitler felt no pain whatsoever.

Before Giesing’s treatment, Hitler receives an injection from his personal physician, Morell, which Morell labels as “x” in his notebook. I would argue that this was more likely a powerful painkiller than just vitamin C. I would not say that every “x” is oxycodone, but often I think it was more than a vitamin injection. I think I might even have downplayed Hitler’s drug abuse in the book because I didn’t elaborate on the many barbiturates he took and his dependency on those. I certainly wouldn’t say I exaggerated it.

Morell wasn’t injecting Hitler with just chemically pure drugs but also unusual potions that Morell invented and sold throughout the German Reich. It’s amazing that Morell was using the dictator as his own lab rat. 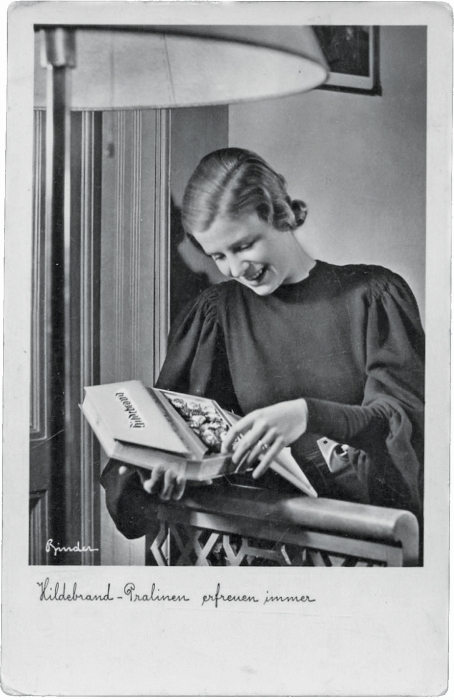 I think the chapter called “Slaughterhouse Ukraine” sums it up. Morell had a company that gained a monopoly on all the slaughterhouse remains from occupied Ukraine—things such as pituitary glands, organs, and testicles from slaughtered pigs. In the U.S. National Archives in Washington, D.C., there were vivid descriptions of the hygienic conditions of Morell’s manufacturing lab in occupied Moravia. Livers arrived foul, sometimes after weeks in Army trains, which had to stop because of Russian bombing. So the company used acetone to sterilize the livers. I think it was all haphazardly done under very bad conditions.

After 1943, companies were not allowed to bring new medicines to the market because product-quality testing was not possible given the war. But Morell got around these restrictions, pumping the substances into Hitler’s blood. Hitler was a happy lab rat. He wrote to the health ministry that Morell’s stuff was tested on him and that Morell’s products could be distributed all over the country and to the Army.

Do you think Hitler was aware that Morell was propping him up with hard drugs and animal-flesh extracts?

Hitler knew what was going into him. Morell wasn’t hiding it. And they would discuss it. But Hitler was so busy, I think he repressed it. For example, he often got a combination shot of eupaverin, a nonaddictive relaxant, and Eukodal, which is oxycodone, an addictive opioid. Morell writes that Hitler often asks for eupaverin but gets both at the same time. So I don’t think Hitler was aware that he was getting addicted. He only said so later, when he fired Morell just before the end of the war, after Morell’s drug supply had dried up. There’s a note in Nazi Propaganda Minister Joseph Goebbels’s diary in 1945 where he effectively says that all the opiates that the Führer received had not been beneficial in the end.

Can you put the German drug use during WWII in context with historical and more contemporary examples?

The British reacted to German methamphetamine use in WWII by developing an amphetamine program. The Americans then learned from the Brits and gave amphetamine to soldiers in the Korean and Vietnam Wars. But in the Vietnam War, many soldiers decided to take other drugs instead. I’ve spoken with American soldiers who were active in the most recent Iraq war and used amphetamines. I spoke to a drone pilot who used the wakefulness-promoting drug modafinil before a shift started and a downer when the shift ended. The German fighting elite units were using modafinil in Afghanistan. Most modern armies are drugged-up armies.

Environment
When Chemicals Became Weapons Of War
Environment
Paul Walden: Not Just A Scientist
Policy
A Spanish War Hero
Share X
To send an e-mail to multiple recipients, separate e-mail addresses with a comma, semicolon, or both.
Title: ‘Blitzed’ author explains Nazi Germany’s drug problem
Author: Sarah Everts
Chemical & Engineering News will not share your email address with any other person or company.