China’s key feedstock: all of the above 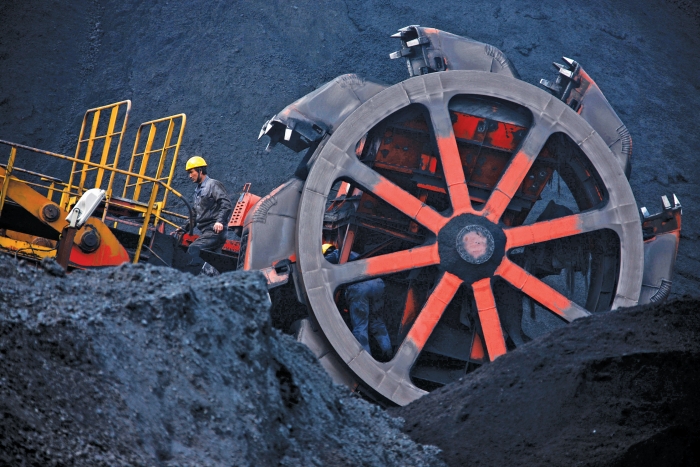 Credit: AP
China’s vast reserves of coal mean the fuel will always be considered as a chemical raw material.

When the price of oil started to plummet in 2014, many industry watchers assumed China would stop investing in chemical plants that use coal as a feedstock. That assumption was wrong. Across China, new chemical plants are under construction. Some consume oil; some consume coal.

Despite a slowdown in the growth of its gross domestic product (GDP) in recent years, China retains a voracious appetite for basic chemicals and polymers. The country’s enduring demand makes it an attractive and profitable market for companies that produce chemicals using all sorts of feedstocks, and that’s not likely to change anytime soon.

China isn’t the fast-growing market it once was for chemical makers, but it is a much larger market that steadily consumes plastics and other basic products. In fact, China is by far the world’s largest consumer of chemicals, accounting for one-third of global demand, according to research from the market intelligence firm IHS Markit.

“Chemical demand growth in China has slowed from as high as twice GDP growth a few years ago to about the same as GDP growth now,” says Paul Pang, the Shanghai-based vice president for chemicals at IHS. In 2017, China’s GDP is expected to grow by about 6.5%, which is stronger than the growth of most other countries but lower than the double-digit rate that was common in China throughout the 1980s and ’90s.

“China has become a huge market, so growth at just GDP level means several million additional tons of new demand every year,” Pang says. After a slowdown in 2015 and early 2016, both petrochemicals and coal-based chemicals have earned healthy profits, but more so in the case of petrochemicals, he adds.

Chinese companies operate in a very competitive environment, and as a result they have to be innovative with their products.
Haridass Kalidas, performance polyethylene business manager, ExxonMobil

Overall, expansion in China’s basic chemicals and polymers industry will be significant in coming years. In 2015, China had the capacity to make 45 million metric tons per year of the light olefins ethylene and propylene, according to IHS. The consulting firm expects this number to rise to 70 million metric tons by 2020.

The main Chinese asset of ExxonMobil, the world’s largest publicly traded oil company, is a 25% stake in a $5 billion oil refinery and petrochemical complex in Fujian that the company opened in 2009 with Saudi Aramco and Sinopec. The integration of the refinery with the petrochemical complex and the large scale of operations make the project highly cost competitive, says Haridass Kalidas, ExxonMobil Chemical’s performance polyethylene business manager for Asia and the Pacific.

In 2015, the partners expanded capacity at the site by 20%. At the moment, ExxonMobil is not planning major new chemical manufacturing investments in China, but it is further expanding its already sizable R&D center in Shanghai.

This is due to strong demand for differentiated materials in China, Kalidas says. Consumers in China’s rapidly growing middle class are increasingly discerning about what they choose to buy. They are fueling demand for higher-performing grades of plastics, he says, such as specialty polymers used to preserve the freshness of food for longer.

Staffed with several hundred scientists, ExxonMobil’s R&D center is equipped with pilot production lines where technicians can develop new polymer grades without having to borrow customers’ manufacturing equipment. “Chinese companies operate in a very competitive environment, and as a result they have to be innovative with their products,” Kalidas says.

Shell, another oil major, operates a large oil- and naphtha-based petrochemical complex in Huizhou, Guangdong province, with China National Offshore Oil Corp. A year ago the partners decided to spend billions of dollars to approximately double the size of the complex. The investment will include a 1 million-metric-ton-per-year ethylene cracker as well as China’s largest plant producing propylene oxide and styrene.

Yet coal-based chemical production continues to get investment as well. Last month, a Chinese firm with the unlikely name Jiangsu Sailboat Petrochemical started up a plant in the eastern province of Jiangsu that uses coal-derived methanol to produce chemical building blocks including ethylene, propylene, and butadiene.

Honeywell, which sold processing technology to Sailboat, expects China to spend $100 billion building chemical plants fed by coal in the next five years. China is the only country that uses coal to produce light olefins and aromatics on a large scale.

Coal-based chemical production in China comes in two main varieties. Coal-to-olefins plants are integrated facilities that convert coal into methanol and then to olefins. Methanol-to-olefins facilities are typically not integrated with a coal mine and process purchased methanol that could come from various sources, including coal, IHS’s Pang explains.

China’s coal-to-chemicals plants have not been immune to competition from lower-cost chemicals made from other feedstocks in the past few years, Pang says. Although Chinese firms continue to invest in such facilities, the pace is slower than it was a few years ago.

However, the plants remain profitable, or at least able to cover their operating costs. “Some of the newly built facilities that are saddled with debt may be struggling to cover interest costs, but no plant has had to shut down because it was unable to cover its operating expenses,” Pang says.

In recent years, Synthesis Energy Systems, a supplier of technology for processing coal into synthesis gas, has found tepid interest from China’s coal-to-chemicals producers, says DeLome Fair, the Houston-based company’s chief executive officer. Synthesis Energy’s process, licensed from the Gas Technology Institute, can use any grade of coal to produce synthesis gas for making chemicals or fuels. Recently, Chinese interest has been mostly from investors planning to turn coal into synthetic fuels, she says. 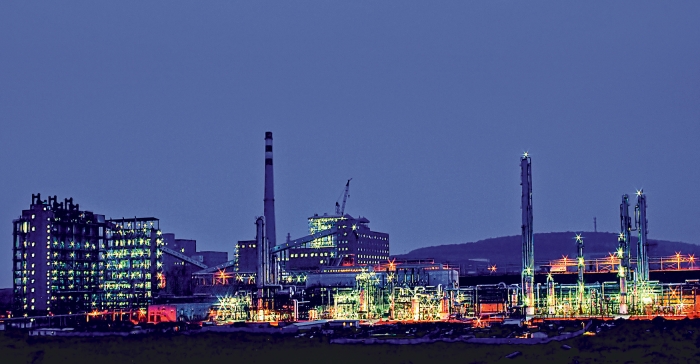 At the consulting firm Tecnon Orbichem, Business Manager John Hodgkinson is less sanguine about the viability of coal as a feedstock in China, particularly with regard to making ethylene glycol, a raw material for polyester used in fibers and beverage bottles.

Since 2009, when the first facility came on-line, China has been the only commercial producer of ethylene glycol from coal via the intermediate dimethyl oxalate rather than ethylene. These plants use a technology developed in China but inspired by a process from Japan’s Ube Industries, he says.

“They have problems all along the chain,” Hodgkinson says. To start with, he says, the coal-to-ethylene glycol process uses low-grade “brown” coal prone to form dust that spreads into the environment. Production of the coal would not be commercially viable without government subsidies, he says.

Moreover, the deployment of the technology has not been a great technical success, and plant operating rates are between 50 and 80% of full capacity. The technology also yields ethylene glycol containing impurities that make it unsuitable for producing polyester items for export to developed markets such as the U.S. and Europe.

Rather than coal, Hodgkinson says, China’s feedstock of the future might be one from the past: the refinery distillate naphtha. In both Japan and Europe, he notes, petrochemical complexes that use naphtha have shut down or converted to natural gas because they cannot compete with new facilities in the U.S. and elsewhere that use cheap shale gas. This trend has put a lot of surplus naphtha on the market that refinery operators don’t know what to do with. China could be a solution, he says.

On the whole, China’s vast appetite for basic chemicals and polymers allows companies using diverse feedstocks to generate profits in the country. Like any commodity business, the sector will go through good times and bad. Coal-based chemical producers will suffer more in the downturns, but they don’t appear to be going away soon.

Business
Another try at Vietnam’s first cracker
Business
Japanese firms eye shale gas revolution
Business
Forget Shale Gas, Coal Is China’s Chemical Feedstock Choice
Share X
To send an e-mail to multiple recipients, separate e-mail addresses with a comma, semicolon, or both.
Title: China’s key feedstock: all of the above
Author: Jean-François Tremblay
Chemical & Engineering News will not share your email address with any other person or company.