Science is a process 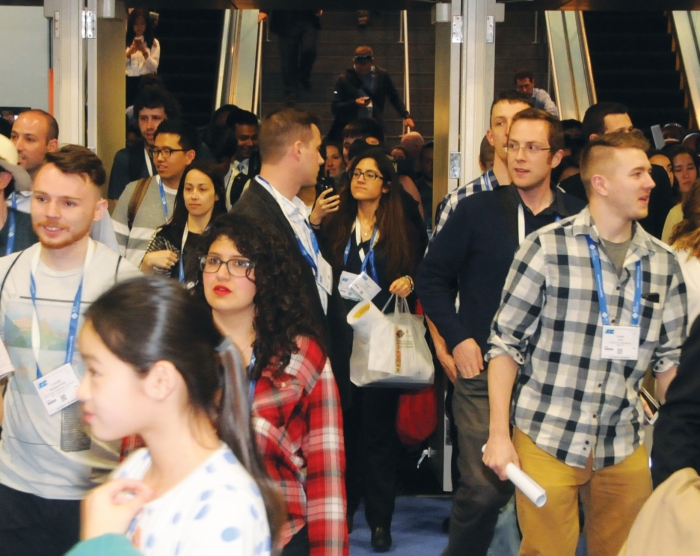 The ACS national meeting in San Francisco last week broke attendance records: As of April 4, nearly 19,000 attendees had been recorded (see page 5). Now in its 253rd edition, this is the highest number for an ACS national meeting. This is outstanding, especially against a backdrop of travel restrictions into the U.S. and recent calls by researchers for a boycott of scientific gatherings after the Trump Administration’s changes to immigration policy. Although the immigration order has now been revised, the height of the controversy coincided with a busy period for the American Chemical Society in terms of attendees booking and organizing travel for the meeting, so I expected to see a negative impact. According to ACS’s Membership & Scientific Advancement Division, 10 scientists from Iran and Iraq did withdraw from the meeting. But overall, the meeting’s record attendance number demonstrates that chemists are resilient and continue to advance science.

For me, one of the most exciting and satisfying parts of the ACS national meeting is the interaction with young chemists. Sci-Mix, in particular, is a brilliant event where hundreds (if not thousands) of students have the opportunity to present posters and discuss their research over a beer and popcorn. The experience gives them an opportunity to showcase their work, hone their presentation and communication skills, and learn from and be challenged by others.

The reason I mention student participation is that it worries me when I read articles like “One reason young people don’t go into science? We don’t fail well,” which was published last month by the health and medicine news outlet Stat. The author, Sara Whitlock, is a first-year graduate student of structural biology at the University of Pittsburgh, and she talks about her personal experiences as she embarks on her Ph.D. journey.

The title of the article, if true, is really terrifying and fascinating in equal measures: fascinating as a subject to study yet terrifying because it seems to imply that in science there is more opportunity to “fail” than in other subjects. Is this really true?

First of all, scientists pose a question and then set out to answer that question via the scientific method. This means we always start with a problem to solve, and when the process takes its rightful course, what we will achieve is an accepted truth or theory that the scientific community has agreed may be the correct answer. There is no such thing as certainty in science.

Additionally, science is a process, not an outcome, and whether an outcome is positive or negative does not mean that the scientific process has succeeded or failed. What it means is that the outcome may be unexpected. Science has advanced nevertheless, a result has been obtained, so perhaps we need to consider the idea that results are neither positive nor negative, a success nor a failure, but expected or unexpected instead. There is no such thing as failure in science.

So I advocate the idea of students being an integral part of scientific meetings. Interactions like Sci-Mix are vital to cement concepts such as that there is no “failure” or certainty in science and thus help retain talent in the sciences. Chemists should learn early that each unexpected result is an opportunity: an opportunity to look at things from a different and perhaps unexpected perspective, an opportunity to learn, and even an opportunity to grow.

Views expressed are those of the author and not necessarily those of ACS.

Career Tips
Zoomed out? Here’s how to manage expectations
Careers
Career Ladder: Joyce Nethery
Postdocs
Postdocs ponder missed opportunities caused by the coronavirus pandemic
Share X
To send an e-mail to multiple recipients, separate e-mail addresses with a comma, semicolon, or both.
Title: Science is a process
Author: Bibiana Campos Seijo
Chemical & Engineering News will not share your email address with any other person or company.

Comments
Darleane C. Hoffman (April 16, 2017 4:34 PM)
I don't often comment on Editorials or write letters to the Editor, but your Editorial really struck a "chord" with me! The quote you referenced, "One reason why young people don't go into science? We don't fail well" was certainly alarming! I hope young people don't really feel that way!
In experimental science we usually start with a hypothesis and then devise an experiment that will tell us whether it is correct or not, but-either way is OK.. It is not a 'failure' as we have obtained valuable new information and can proceed from there. Occasionally, the result may be ambiguous and then, of course, the experiment must be repeated. The situation is perhaps more difficult for theorists as they try to predict what properties an element or compound will have. Their predictions are very helpful for experimentalists in devising their experiments, but if theorists predict that a new element or compound will have properties similar to a certain group in the periodic table, they must await results from actual experiments in order to verify or invalidate their predictions. In any case, if we gain new information from a given experiment it is not a failure just because it does not agree with predictions but can lead us to new discoveries!
Reply »