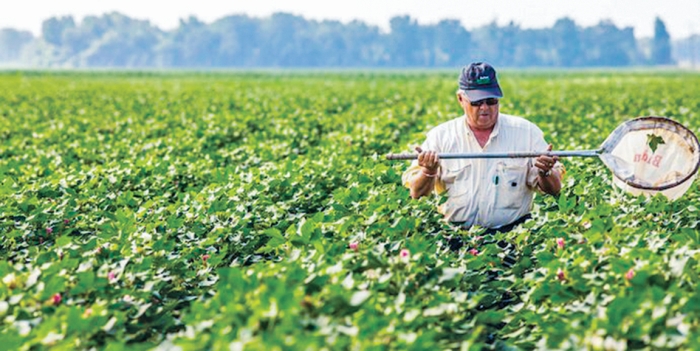 Two of the three megamergers occurring in the agrochemicals industry are taking major steps toward completion. DuPont has struck a deal that satisfies European demands concerning its merger with Dow Chemical, and ChemChina has started divesting assets to satisfy regulators assessing its acquisition of Syngenta.

To win EU approval for its merger with Dow, DuPont will sell a large portion of its crop protection business to FMC. In return, DuPont will receive $1.6 billion and FMC’s health and nutrition business. The Dow-DuPont merger has not yet been approved by U.S. antitrust regulators.

The asset swap will make FMC the fifth-largest crop protection chemical company in the world, with estimated annual sales of $3.8 billion. In the deal, FMC will get DuPont’s insecticides that control chewing and sucking insects on fruits and vegetables, including Rynaxypyr and Cyazypyr, which together are expected to generate $1 billion in sales in 2017. FMC will also get DuPont’s broadleaf herbicide portfolio for cereal crops.

Of longer-term importance, the deal transfers to FMC most of DuPont’s agriculture R&D footprint. The research organization is made up of a crop protection headquarters in Delaware, 14 regional labs, a research workforce, and regulatory staff. FMC also gets DuPont’s development pipeline of 14 active ingredients.

Overall, the DuPont crop protection businesses being sold represented roughly $1.4 billion in sales and $450 million in earnings in 2016. FMC says the products complement its broad-spectrum insecticide and pre- and post-emergent herbicide portfolios.

“By combining these high-value products and R&D capabilities with our own product portfolio, pipeline, and formulation expertise, FMC will be able to serve our customers better and accelerate the pace at which we bring new solutions to the market,” said CEO Pierre Brondeau.

In a conference call with analysts, Brondeau said the deal will yield $65 million in synergies from cost reductions and additional revenues in 2018. But he stressed that none of the cost reductions will come from the R&D operation.

The swap will help cement FMC’s competitive position in agriculture, said Laurence Alexander, chemical analyst at the investment bank Jefferies. In a note to investors, Alexander pointed out FMC could have lost out if BASF had acquired the assets. FMC’s share price jumped by close to $10.00, hitting $71.20 shortly after the deal was announced on March 31.

In addition to its now-larger agriculture segment, FMC operates a lithium business, which it came close to selling in 2014. Brondeau said FMC is now investing in its lithium capacity and will spin off the business sometime after 2018.

Although DuPont was expected to sell the agriculture portfolio, an unexpected part of the deal is FMC’s agreement to sell its $700 million-per-year food and pharmaceutical ingredients business to DuPont. FMC produces texturing agents, such as the biopolymers carrageenan and algin, as well as excipients used in drugs. DuPont has its own nutrition and health business that sells products such as probiotics and the food texturant pectin.

According to DuPont, the deal with FMC will happen after it completes its merger with Dow, which is now expected to occur between Aug. 1 and Sept. 1 of this year.

Meanwhile, ChemChina received conditional approval from the EU and the U.S. Federal Trade Commission to complete its acquisition of the Swiss agrochemical firm Syngenta. Regulators are requiring ChemChina’s Adama generic pesticides subsidiary to sell certain overlapping businesses because they compete with Syngenta in the U.S. and EU.

In the U.S., Adama will sell American Vanguard its versions of the herbicide paraquat, the insecticide abamectin, and the fungicide chlorothalonil. In the EU, it will have to find buyers for a “significant part” of its existing pesticide business. In addition, ChemChina will have to sell some of Syngenta’s pesticides, 29 generic pesticides under development, seed treatments, and a plant growth regulator business.

A third megamerger in the agriculture industry—Bayer’s acquisition of Monsanto—has yet to receive approvals from U.S. or European regulators. Jefferies’s Alexander still expects it to close in 2017.

The price jump for FMC stock shows investors’ enthusiasm for the firm’s acquisition of a large portion of DuPont’s pesticide business.

People
Mark Douglas to be CEO of FMC
Mergers & Acquisitions
Bayer clears path to clinch Monsanto acquisition by divesting more to BASF
Business
Evolution of DowDuPont
Share X
To send an e-mail to multiple recipients, separate e-mail addresses with a comma, semicolon, or both.
Title: Two big agchem mergers near completion
Author: Melody M. Bomgardner
Chemical & Engineering News will not share your email address with any other person or company.