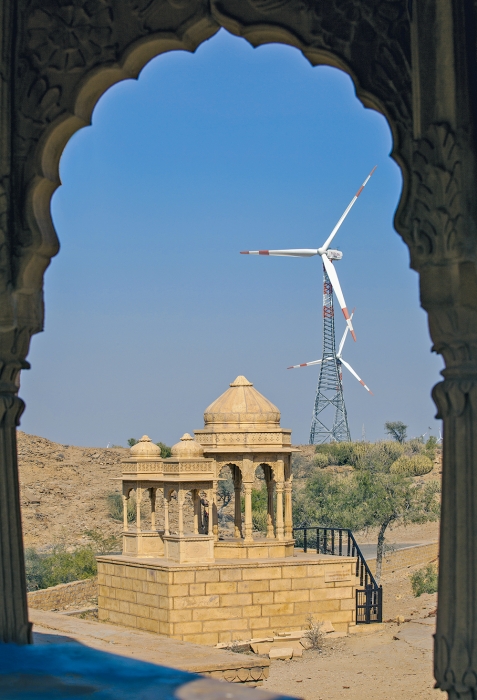 Credit: Robert Fowler/Shutterstock
Renewable energy generation capacity is growing rapidly around the world, including in India.

As clean technology costs continued to fall, the world added record levels of renewable energy capacity in 2016, the United Nations Environment Programme (UNEP) says in a new report. The global trends analysis finds that wind, solar, biomass and waste-to-energy, geothermal, small hydro, and marine sources added 138.5 gigawatts to global power capacity in 2016, up from 127.5 GW added the previous year. The added generating capacity roughly equals that of the world’s 16 largest existing power-producing facilities combined, according to the report. Total global investment in renewable energy last year—$241.6 billion—was about double that in fossil fuel generation but was 23% lower than in 2015. This lower investment was due largely to the decreasing cost of clean energy compared with that of traditional fuels, the report says. For example, the average dollar capital expenditure per megawatt for solar photovoltaics and wind dropped by more than 10%, it notes. “Ever-cheaper cleantech provides a real opportunity for investors to get more for less,” says Erik Solheim, executive director of UNEP.