Chemical industry off to a strong 2017 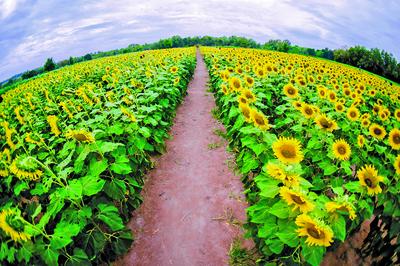 Both volumes and prices were up at Dow Chemical, as the company reported gains across businesses serving packaging, transportation, infrastructure, consumer care, and electronic materials. What’s more, demand growth was strong in China, the U.S., and Europe.

CEO Andrew N. Liveris linked Dow’s strength in operations to the growing global economy. He touted the firm’s 14 straight quarters of year-over-year volume gains and an even longer stretch of earnings growth. Liveris says he continues to expect Dow’s merger with DuPont to be completed by the end of August. 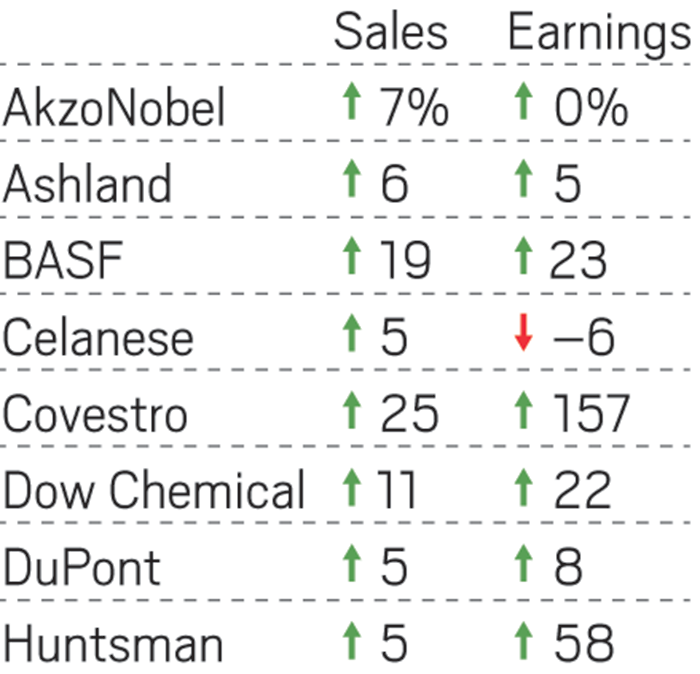 At DuPont, sales rose mainly because of demand from outside the U.S. For example, the firm saw strong demand for corn hybrids in Brazil and sunflower varieties in Europe. In addition to seeds, DuPont did a brisk business in specialty polymers for auto manufacturing and in electronic materials for semiconductors, consumer electronics, and photovoltaics.

At Ashland, consumer demand for personal care products and pharmaceuticals containing its specialty ingredients helped the firm raise prices to make up for higher raw material costs. It also saw stronger sales in industrial products such as composites, intermediates, and solvents. Compared with last year, Ashland’s earnings were up 5% to $121 million.

Strong market conditions for polyurethanes gave Huntsman Corp. an opportunity to raise its prices for methylene diphenyl diisocyanate. And it sold 10% more performance products than in the year-ago quarter. Textile chemicals and dyes were big sellers in Asia, Europe, and South America but were weaker in North America.

Covestro, the former materials business of Bayer, saw overall volumes expand by 9% and prices soar more than 13% from last year on the strength of its polyurethanes portfolio and demand for coatings.

Frank H. Lutz, Covestro’s chief financial officer, said the company is in a position to benefit from the growth in its customers’ industries. “Our optimism for fiscal year 2017 was confirmed in the first quarter,” he said.

Business
Industrial demand boosts earnings
Business
Dow, DuPont raise earnings amid demand for cars, houses, and food
Business
Chemical earnings beat expectations
Share X
To send an e-mail to multiple recipients, separate e-mail addresses with a comma, semicolon, or both.
Title: Chemical industry off to a strong 2017
Author: Melody M. Bomgardner
Chemical & Engineering News will not share your email address with any other person or company.