Amid a wave of acquisitions, smaller providers say they are happy to stand alone 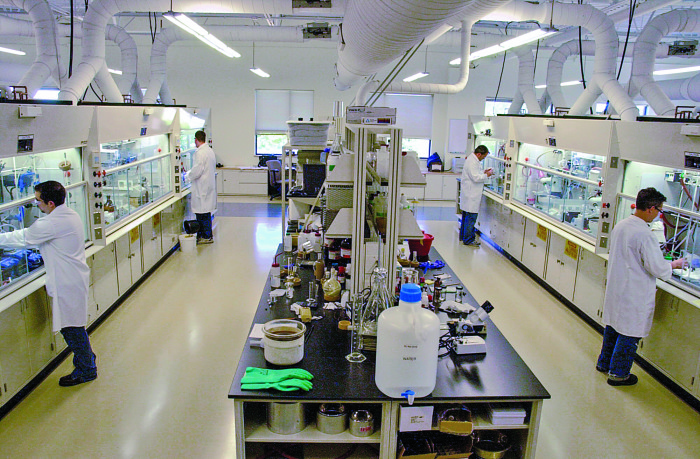 Over the past three years, a surprising number of independent chemistry-based pharmaceutical service firms in the U.S. have been acquired and folded into larger organizations.

The acquisitions were driven by several motives, including the desire by foreign firms to move into the U.S. market, a push to serve earlier phases of the drug development process, and the need for more active pharmaceutical ingredient manufacturing capacity.

And some of the payouts were pretty good. J-Star, started in 1996 in New Jersey by the former Merck & Co. chemist Andrew Thompson, fetched up to $26 million. Universal Display ponied up $36 million for Adesis last June. A few months later, Cambrex paid $25 million for 15-year-old PharmaCore.

The overall effect of the consolidation has been a decided reduction in the number of stand-alone chemistry-based service firms dotting the U.S. But the landscape is not empty. Below the radar is a less well-known family of specialized contract R&D companies, several started by former employees of the larger, multipurpose firms that are coming to dominate the industry.

Owners of some of these smaller firms have ambitions to become the next J-Star or Adesis and get noticed by one of the big players in the industry. But most are content to quietly offer their know-how to whoever comes calling. For these businesspeople, staying small and independent ensures they can keep doing the chemistry they love.

One of the veteran smaller companies is Kalexsyn, founded in 2004 by two former Pfizer chemists who lost their jobs in Kalamazoo, Mich., when Pfizer ended drug discovery there. Rather than pull up roots for a Pfizer site on the East or West Coast, Robert C. Gadwood and David Zimmerman decided to form their own firm.

Times were tough at first because they struck out just as big pharma was starting to send a lot of medicinal chemistry to providers in China and India, recalls Gadwood, Kalexsyn’s chief scientific officer. He says the firm responded by pivoting to become more of an organic chemistry problem-solving shop for drug industry clients. Today, it has about 25 medicinal and process chemists at the bench, half of whom hold Ph.D.s.

Kalexsyn continues to be 100% owned by Gadwood and Zimmerman. Unlike companies such as PharmaCore and Cedarburg, Kalexsyn doesn’t have outside investors that will be looking for a return on their investment—typically through a sale.

Jalal Haddad, president of CalChem Synthesis, a small San Diego-based contract chemistry firm, experienced firsthand the friction that can arise when founders and outside investors clash.

Haddad worked for AMRI from 2000 until 2007, when he and another AMRI chemist teamed up with two former Pfizer employees to launch Pacific World Discovery in San Diego. Pacific World got off to a strong start, but Haddad says he left in 2012 after disagreements with an outside investor. Soon after, he says, Pacific World folded.

His new firm, based in the same industrial park that was home to Pacific World, has only five people. But the company is all Haddad’s.

Like Kalexsyn, CalChem offers custom synthesis and process development, mostly for pharmaceutical industry customers that are still in the preclinical stages of drug development. Neither firm attempts to adhere to the current Good Manufacturing Practices (cGMP) that the Food & Drug Administration requires of companies producing molecules for use in human clinical trials.

Haddad and Gadwood acknowledge that their firms aren’t one-stop shops like AMRI, Patheon, and Porton, which often sell a combination of preclinical and clinical chemistry services plus biology-oriented services and even finished-dose drug formulation. What the smaller companies do offer, Gadwood says, is experience.

Kalexsyn’s website provides links to scientific papers describing molecules it helped create. Working with Amgen, for example, Kalexsyn scientists optimized a series of small-molecule inhibitors of a protein-protein interaction called MDM2-p53. The firm’s chemists moved beyond an original screening hit that was chemically unstable and insoluble to develop new compounds that were more robust and showed good activity in tumor cells.

Kalexsyn also offers a personal touch that the big guns can’t match. “We try to foster a relationship between customers and the scientists on our staff,” Gadwood says. “When they come back to us for a new project, I want them to be thinking of a particular scientist working on the project. In a larger shop, the relationship is more transactional.”

Harold Meckler, president of the tiny biotech firm Pharmapotheca A, knows how those larger shops work. He spent 13 years at AMRI, where he led science, technology, and support services until 2013.

When Meckler left, he licensed AMRI technology for an improved synthetic route to the four salts of amphetamine found in the attention deficit hyperactivity disorder drug Adderall, which has been off patent since 2002. He and a partner formed Pharmapotheca to develop the new process.

In need of help nailing down his firm’s intellectual property, Meckler started contacting some of the larger pharmaceutical chemistry service firms. He found they weren’t especially interested in his business. “We got a lot of song and dance from them,” he recalls. “It didn’t help that we were a two-person company.”

On the advice of a former colleague, he contacted Symmetry Biosciences, a small firm in Research Triangle Park, N.C., led by scientists who formerly worked for AMRI, BASF, and Syngenta. They had the Schedule II drug research license needed to work with amphetamine and were happy to take on the project. Symmetry chemists handled the intellectual property job, Meckler says, and went on to find a cheaper starting material for Pharmapotheca’s process.

ARC Scientific, a chemistry service shop in Syracuse, is also there for small companies like Pharmapotheca, according to Charles Montgomery, one of the firm’s founders. Montgomery and his six colleagues are former AMRI employees who lost their jobs in 2014 when AMRI closed its Syracuse facility.

ARC’s customers tend to arrive after being turned down by larger companies such as AMRI or Patheon, Montgomery says. “We do process chemistry and do it pretty fast,” he says. “We’re able to buy our customers some valuable time.”

Like many other small companies, ARC is self-funded. It works in a biotech accelerator facility using instruments and equipment it bought largely secondhand. The firm has access to more expensive instruments such as high-field nuclear magnetic resonance spectrometers through an agreement with nearby SUNY Upstate Medical University.

Montgomery and his colleagues talk sometimes about taking out loans, expanding, and getting into the synthesis of compounds for clinical trials. “But we kind of like what we’re doing now,” he says. “We’re only interested in doing interesting chemistry. We don’t have to take junky projects.”

Likewise, Gadwood acknowledges that expansion into higher-end markets and getting acquired is the path that a firm like Kalexsyn is expected to take. Still, he and Zimmerman are holding back.

“There is a lot to like about being independent,” he says. “I’ve always wanted Kalexsyn to be a research institute, but for profit. Being acquired is not a goal of ours.”