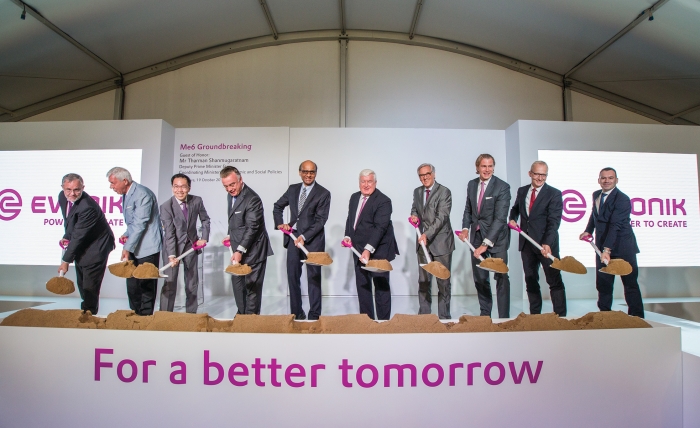 When Evonik Industries’ specialty chemical rivals found out about a couple of the German firm’s recent initiatives, they probably admired, or were even envious of, how closely the company tracks the latest trends.

Evonik at a glance

One is Evonik’s Tattoo Care concept. Skin, stressed in the process of tattooing, needs proper conditioning, the company noted in a press release last month. Evonik recommended customers create skin care products containing ingredients such as its SK-Influx V, a synergistic lipid concentrate touted as restoring the skin’s protective barrier. The market opportunity is large, the company says, because “every fifth American,” and about as many Europeans, has at least one tattoo.

Another initiative also appears to be aimed at the millennial. “Most of the shampoos and conditioners on the market for men are made for head hair and are not automatically suitable for beards,” the company disclosed in September. It advised formulating body washes with its Tego Sulfosuccinate DO 75, an anionic surfactant that solubilizes oils. 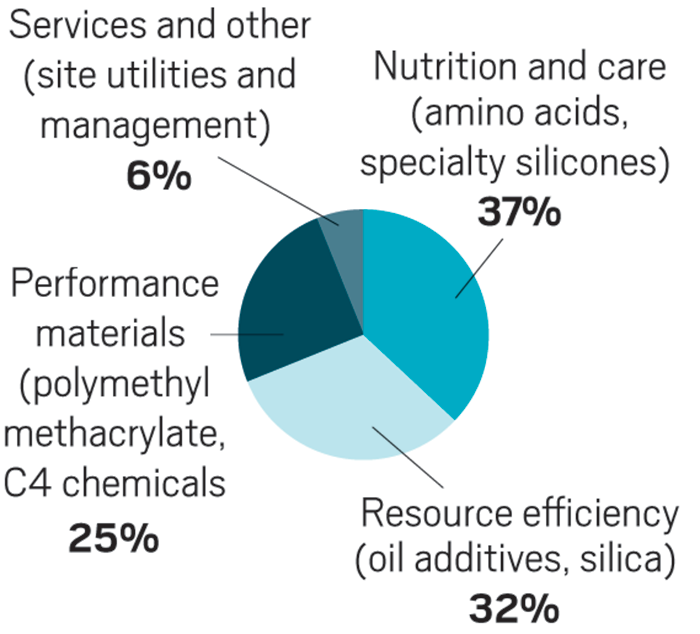 One wouldn’t think Evonik could be so hip. The company’s roots stretch to the 19th century as the precious metal processing firm Deutsche Gold- und Silber-Scheideanstalt, or Degussa. It was known as Degussa until 2007, when a corporate realignment at its parent company, the German coal miner RAG, recast it as Evonik. The company didn’t become independent until its 2013 public offering. In 2015, it shed the last vestige of its conglomerate structure through the sale of its real estate holdings.

Now that it can focus on specialty chemicals without distraction, Evonik is wasting no time. It recently made a couple of slick acquisitions, initiated countless capital spending projects, and set ambitious research goals. No other specialty chemical company seems to be pursuing self-improvement with such alacrity and at such a grand scale. That makes Evonik C&EN’s company of the year for 2016.

Evonik’s $3.8 billion purchase of Air Products & Chemicals’ performance materials division ranks as one of the largest chemical deals of 2016. Evonik paid an ample price for an enterprise with about $1.1 billion in annual sales and $240 million in pretax profits. But much like buying an expensive suit, it’s getting a tailored cut. Chief Executive Officer Klaus Engel boasted to analysts in May that the purchase “provides an excellent and complementary fit with Evonik on all levels.”

CEOs normally say such things when they make acquisitions. In Evonik’s case, it might actually be true: All three of the businesses in the Air Products division square well with Evonik operations.

The largest of them is curing agents for epoxy resins. Evonik already supplies the epoxy industry with isophorone diamine cross-linkers. The next largest business is polyurethane additives such as amine catalysts. It will fit well with Evonik’s large polyurethane foam stabilizer business. The third is specialty additives, mostly wetting agents for coatings. Evonik already has a broad line of additives for waterborne paints.

Evonik also made a tidy purchase with its $630 million acquisition of J.M. Huber’s silica business. Unlike Evonik’s existing silica unit, which is focused on industrial markets such as tires, the Huber unit emphasizes consumer products such as silicas that thicken and lend abrasion to toothpaste.

Silica is also one of the major targets of Evonik’s aggressive capital investment program. Just days after it unveiled the Huber purchase, Evonik disclosed plans to spend $120 million to build a precipitated silica plant in Charleston, S.C., close to tire manufacturers. Early last year, it started up a $50 million silica plant in São Paulo, Brazil.

Evonik also has been playing offense in amino acids. The firm broke ground in October on a 150,000-metric-ton-per-year -methionine complex in Singapore. The plant will double production of the animal feed additive when it comes on-stream in 2019. The company also started production of Aquavi Met-Met in Belgium. This is a dipeptide of methionine that enhances the uptake of the amino acid in farmed shrimp and dissolves slowly in water, reducing waste.

Recently, Evonik acquired a biotechnological route to -methionine from France’s Metabolic Explorer. Methionine is currently made from a chemical route that begins with acrolein, methyl mercaptan, and hydrogen cyanide. Evonik already uses biobased routes to make -lysine, -threonine and -tryptophan. This year, it added an -valine product line.

The company’s projects in other businesses are many. For example, it is expanding output of poly-lactic-glycolic acid, a biodegradable polymer used in drug delivery and medical devices, in Darmstadt, Germany, and Birmingham, Ala. The company is increasing capacity of the biodiesel catalyst sodium methylate in Mobile, Ala., and spending about $50 million to expand gas separation modules in Schörfling, Austria.

Evonik has high-tech aspirations as well. It aims to increase sales by more than $1 billion from new initiatives in areas such as nutrition and smart materials by 2025.

But Evonik’s actual R&D spending levels are modest. In 2015, it shelled out $482 million on R&D, or about 3.2% of sales, slightly below the average for large chemical companies that year. However, the company has been trying to improve. R&D spending has grown on average 6% annually since 2010.

Some of that money is going into its collaboration with HP to develop nylon 12 resins suitable for HP’s new three-dimensional printing business. Last year, it commercialized biosurfactants, molecules such as sophorolipids and rhamnolipids that exist in nature. Evonik has begun fermenting them at a facility in Slovakia.

The past year might have been a big one for planning for the future, but it wasn’t a stellar one financially. For the first nine months, Evonik’s sales slipped 7.6% and operating income fell 14.8%. Its stock price has been moving sideways.

When it reported earnings in October, the company reached for the excuses that have been making the rounds in the chemical industry. Developed economies are posting sluggish growth, the Chinese economy has cooled, and key countries in Latin America, such as Brazil, are in recession.

But as plants get built, new businesses grow, synergy is cultivated with acquisitions, and the latest consumer trends are uncovered, Evonik’s sales and profit numbers may respond in turn.

Polymers
After purchase of Clariant business, PolyOne is now Avient
Finance
C&EN’s top 50 US chemical producers for 2019
Specialty Chemicals
Ashland eyes sale of two businesses
Share X
To send an e-mail to multiple recipients, separate e-mail addresses with a comma, semicolon, or both.
Title: Evonik Industries is C&EN’s company of the year for 2016
Author: Alexander H. Tullo
Chemical & Engineering News will not share your email address with any other person or company.