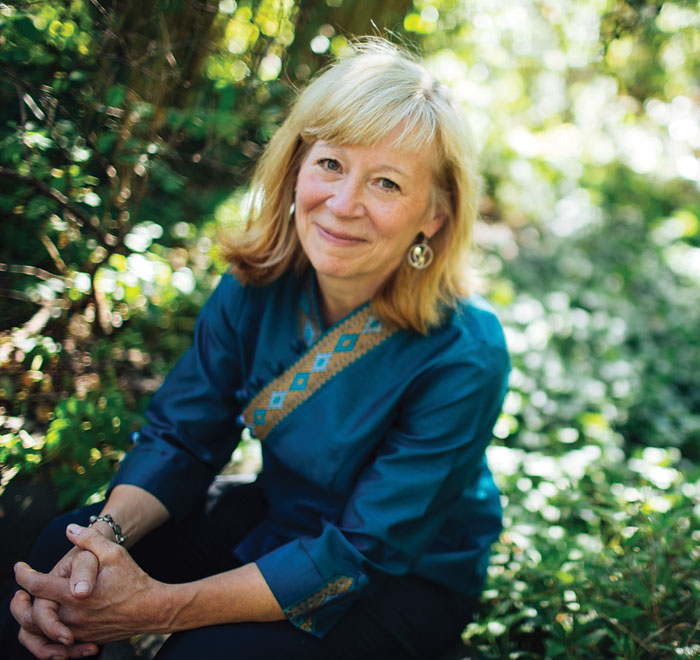 In the early 1970s, Geraldine Richmond—then a math major—did exceptionally well on an analytical chemistry exam and was rewarded with a job offer from the professor. It was a lucky break for the chemistry enterprise.

Richmond went on to develop spectroscopic and theoretical techniques for studying the molecular structure and dynamics of water-oil and water-air interfaces, which she continues to investigate as the Presidential Chair in Science and a professor of chemistry at the University of Oregon. She also became passionate about developing the chemistry workforce worldwide.

To recognize “her pioneering contributions to our understanding of the molecular properties of liquid surfaces and her extraordinary service to chemistry on a global level,” Richmond will receive the Priestley Medal, the American Chemical Society’s highest honor, in 2018.

“I’m honored and especially gratified to be selected for both my research achievements and for my work in developing countries to increase their scientific capacity,” Richmond says.

“Her research on surfaces and interfaces using nonlinear laser-based spectroscopy is groundbreaking,” says Vicki H. Grassian, a chemistry professor at the University of California, San Diego. “Results from her laboratory are instrumental in understanding everything from corrosion science to atmospheric chemistry. I have been inspired by both her and her research my entire career.”

For her scientific prowess, Richmond has received the National Medal of Science and several ACS and American Physical Society awards. 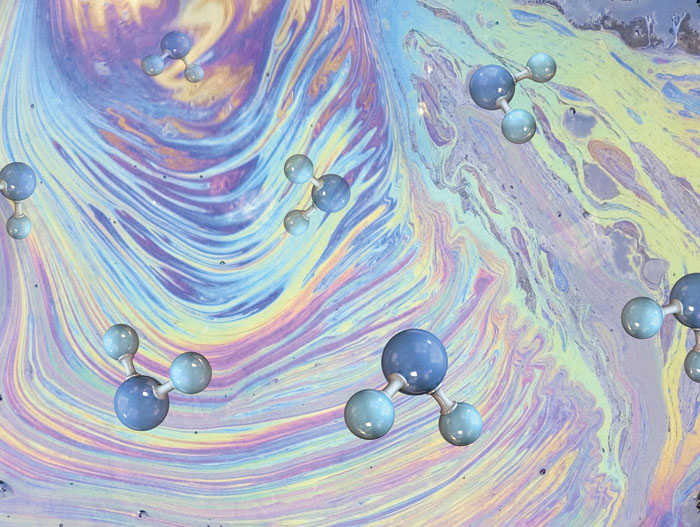 Richmond is also the founding and current director of COACh, a grassroots organization formed in 1998 to promote career advancement for women scientists and engineers. More than 18,000 scientists worldwide have attended COACh career-building workshops since the organization began.

“I can think of no other chemist—at any age—who has achieved the scientific stature of Richmond and also given so much of her time and energy to assuring that all who seek a career in chemistry have the opportunity to achieve success,” says Cynthia J. Burrows, a chemistry professor at the University of Utah.

“As a leader in and out of the lab, Geri Richmond is an outstanding choice to receive the Priestley Medal,” says ACS Executive Director and CEO Thomas Connelly.

Richmond received a B.S. in chemistry from Kansas State University in 1975 and a Ph.D. in chemistry from the University of California, Berkeley, in 1980. In a Kansas State undergraduate calculus class of several hundred students, she was one of only a handful of women, she recalled for C&EN in 2013. “Because I didn’t want to stick out as female, I was notorious for wearing overalls and hair tied back in a bandana,” she said. She also wore men’s-style shoes.

Richmond will be the fourth woman to receive the Priestley Medal since the award was established in 1923.

Robert Kruh (June 19, 2017 12:33 AM)
It would have been nice for Jyllian Kemsley to have mentioned the immediate chemical forebears of Geraldine Richmond in her recent C&EN article on the Priestley Medal. Clifford Meloan, long-time student-oriented professor at Kansas State University is the faculty member whose name is missing. His recognition of her promise and encouragement in undergraduate research merit his being identified. And, importantly, the news value of the article would have been enhanced by including the fact that her doctoral mentor at Berkeley was George Pimentel, himself a Priestly Medalist.
Reply »

Jolly G. Varghese (October 7, 2017 4:25 PM)
Really proud to read about your precious achievements in Chemistry and it shows the richness of Chemistry as well. Its really touching to read about your lucky break which made you reach this position and to become an awardee of 2018 Priestly Medalist. I take this as a privilege to appreciate you for your pioneering contributions to water-based Chemistry on a global level.
Reply »