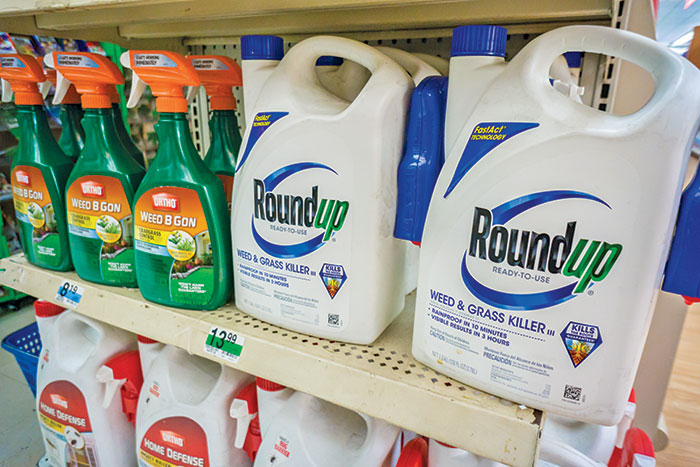 Credit: Richard B. Levine/Newscom
California will require carcinogen warnings on glyphosate-containing products sold in the state.

Glyphosate, the active ingredient in Monsanto’s Roundup weed killer, will be listed as a carcinogen in California as of July 7, the state announced on June 26.

The move will trigger a requirement that glyphosate products sold in California carry a cancer warning under a state law called Proposition 65.

Monsanto is fighting the state’s action in court. But a state appeals court and the California Supreme Court on June 22 denied the company’s request to stop the listing from taking effect while the case plays out.

“We will continue to aggressively challenge this improper decision,” says Scott Partridge, Monsanto’s vice president of global strategy. “Glyphosate is not carcinogenic, and the listing of glyphosate under Prop 65 is unwarranted.”

California announced in 2015 that it would list glyphosate as a carcinogen. This followed a controversial move by the World Health Organization’s International Agency for Research on Cancer (IARC) classifying glyphosate as a “probable carcinogen.” California law requires the state’s Office of Environmental Health Hazard Assessment to list substances identified by IARC as known to cause cancer under the state’s Proposition 65.

Monsanto’s Partridge says IARC “ignored crucial scientific data that undermines its conclusion.” The California office, the U.S. Environmental Protection Agency, the European Chemicals Agency, “and every regulatory body in the world that has studied glyphosate” has concluded that the herbicide isn’t carcinogenic, he adds.

While the company pursues its case against California, Monsanto is defending itself in a lawsuit filed in federal court in Wisconsin on June 20 by residents of Wisconsin, Illinois, California, New York, New Jersey, and Florida.

That suit alleges that Monsanto and Roundup distributor Scotts Miracle-Gro falsely claim that glyphosate “targets an enzyme that is not found in people or pets.” The plaintiffs argue that glyphosate affects an enzyme found in “beneficial gut bacteria” critical to health.