Biotechnology has moved on from pharmaceuticals to agriculture, creating new opportunities for chemists 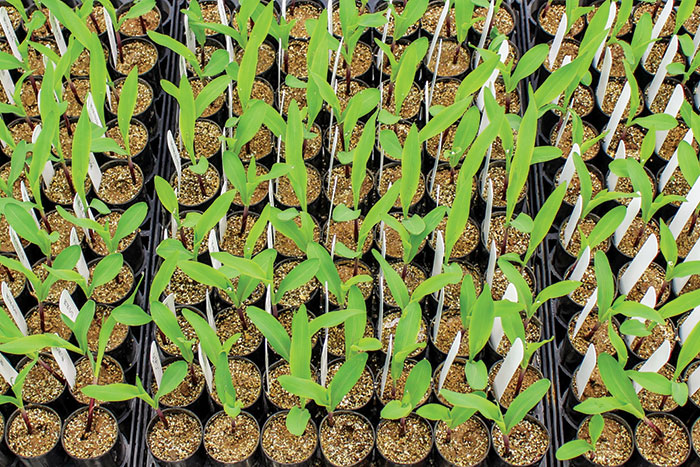 Credit: BioConsortia
Agtech researchers have been identifying microbes that influence beneficial traits in plants, such as these treated corn plants, to optimize growth.

The agricultural chemicals sector is currently undergoing a fundamental transformation, one in which the term “chemicals” has already become a misnomer. The rise of biologics—that is, natural products, plant extracts, and agents derived from beneficial bacteria and fungi—has had a significant impact on product development. Genetically modified organisms have shifted the public’s focus to the issue of using biotechnology in the production of fertilizers and pesticides. Big names in agricultural chemicals, such as Monsanto, Bayer, and BASF, to name a few, are all gearing up in biology. The net effect is that the chemical enterprise once again finds itself seeking its level in a world that it once dominated.

The natural impulse of “the enterprise” when faced with such a challenge is one of defensiveness, one that defines a world of agricultural products in which chemistry and biology stand apart, if not in conflict. Realistically, however, the two sciences work well in partnership, a partnership that is likely to create more opportunities than obstacles for chemists in the sector—an outcome we have already witnessed with the rise of biologics in pharmaceuticals. It’s interesting to note biotech’s advance in pharmaceuticals in understanding its trajectory in agricultural chemicals.

Biotechnology began growing as a market segment in the pharmaceutical industry in the early 1970s. Since then, companies have developed technology and infrastructure to support research, advancing scientific methods and reducing costs. As an example, sequencing a genome has dropped in price from $10 million to less than $1,000 in the past decade and has become a standard tool in many kinds of research.

One of the best-selling pharmaceutical drugs of all time is a biologic. Humira, an antibody immunosuppressant to treat arthritis, was developed by BASF Pharma, now AbbVie. It took over the top annual sales spot from Pfizer’s Lipitor, a small-molecule statin drug for controlling cholesterol levels that came off patent in 2011.

Technical innovation and cost-effective research platforms have similarly opened doors for biology in commercial agriculture. While not considered biologic, incorporation of genetically modified traits in crops has existed since the early 1980s. Bt crops, which are plants genetically engineered to produce the same protein toxin as the natural bacterium Bacillus thuringiensis, were first approved by the Environmental Protection Agency in 1995. Today, 79% of corn grown in the U.S. has the inserted Bt gene that protects the corn from insect pests. The bacterium was originally used as a live microbe biopesticide beginning as early as 1920.

Technology transfer from pharmaceuticals to agricultural products has happened as well. Beneficial microbes as a category garnered commercial and consumer interest with advances in research on the human microbiome. Microbiome analysis and microbial identification rely heavily on the machines and skills developed originally for pharmaceutical research, especially gene sequencing.

Biotechnology has demonstrated some clear advantages over chemistry in agricultural products. In general, ag biologics face lower cost hurdles than chemistries do throughout the development process. A synthetic pesticide costs about $250 million to develop and register in an eight- to 10-year timeline. A GM trait may come in at half the cost but has a longer time to market. A biopesticide, on the other hand, can be developed and registered for close to $20 million within a five- to seven-year period.

The challenge of producing food for a growing global population on increasingly limited arable land has fueled activity in biotech research on agriculture. In the past five years, the big six agchem companies—Monsanto, Bayer Crop Science, BASF, Syngenta, DuPont Pioneer, and Dow AgroSciences—have all made moves to support the incorporation of natural, sustainable biologic products into commercial agricultural practice, either through their own research or by acquiring smaller companies. Fertilizer producer Koch Industries has made similar investments, acquiring Mendel Biotechnology in 2014 and a minority equity position in Pathway Biologic the following year.

Looking back at the pharma world, we have seen the marriage of biology and chemistry in a number of instances. As one example, Herceptin, the biologic breast cancer treatment developed by Genentech, was given Food & Drug Administration approval in 1998 for use in combination with the semisynthetic natural product cancer treatment paclitaxel. Today, Herceptin is used in combination with many other chemotherapy drugs for the treatment of both breast and gastric cancers.

In the new agtech world, the Monsanto-Novozymes BioAg Alliance recently announced its improved formulation for JumpStart, a naturally occurring fungus product used as a yield-boosting seed treatment for corn, now named Acceleron B-300 SAT. The original JumpStart, like many microbials, survived for only a limited time on the seed. This meant growers using the inoculant for plant health promotion had to treat seeds for a second time, closer to their planting date. The new formulation keeps the microbe viable for two years on seeds, even in the presence of other chemical seed coatings.

After decades of the dominance of chemical-only seed treatments, today the biggest selling seed treatment in the U.S. for corn and soybeans is Bayer Crop Science’s Poncho/VOTiVO, a coformulation of chemistry and biology. Formulation is a continued challenge in developing these microbial products. The live organisms are sensitive to harsh chemicals that they may make contact with when incorporated into fertilizer or crop protection packages. But synergy is crucial for acceptance of biologicals into conventional agronomy programs, and those working in the sector understand this well.

Biologicals further offer an answer to major traditional agriculture challenges such as leaching, runoff, and resistance by allowing for a reduction in the amount of chemicals used without a loss of efficacy. Chemistry is typically at the center of these advances. Researchers have successfully combined chemicals and spore-forming bacteria into seed treatment products. Continued work is needed for further breakthroughs that combine more sensitive microorganisms with chemical pesticide products or fertilizers. Chemists must innovate in the formulation area to develop this synergy between new biologicals and traditional chemistries as biotech becomes more of a standard in the agriculture industry.

Agricultural chemical companies nowadays recognize that biology is chemistry at work, and therefore their R&D teams include biologists and chemists working together throughout the discovery and development process. Each step of this process requires consideration of the chemical environment into which microbes will be delivered and how they will function in that environment.

With this knowledge in hand, the microbial selection process can be designed to identify microbes that are best suited to those environments. The development of the final product then relies on the expertise of formulation chemists working with biologists to deliver the microbes as a seed treatment or other application. On this basis you could say that the chemist has the last say in the nature of the final product—or does that distinction belong to the microbes? 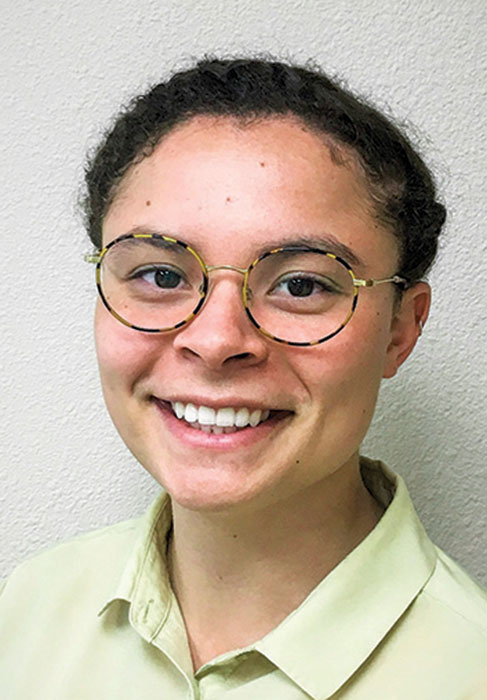 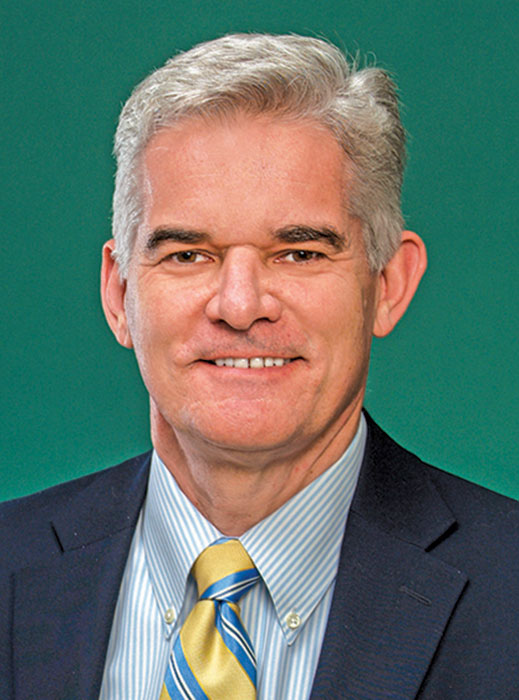 Marcus Meadows-Smith is chief executive officer and his daughter Holly Meadows-Smith is business development manager at BioConsortia, a microbial seed treatment company established in 2014. He is the former CEO of biopesticide firm AgraQuest and headed the biologics division of Bayer Crop Science after its 2012 acquisition of AgraQuest. Earlier, he was executive vice president of Chemtura, where he managed crop protection and other businesses. Last year, BioConsortia received patents for its advanced microbial selection technology, which supports plant gene expression and microbiome analysis to promote plant-microbe interactions that optimize plant growth.

Recycling
New plastic pyrolysis capacity planned in the US
Sustainability
Is clarity coming for biobased chemicals?
Environment
Smelly science: Scent training your dog and the sweet smell of fresh laundry
Share X
To send an e-mail to multiple recipients, separate e-mail addresses with a comma, semicolon, or both.
Title: Perspectives: Chemistry seeks its new level in agtech
Author: Marcus Meadows-Smith
Chemical & Engineering News will not share your email address with any other person or company.