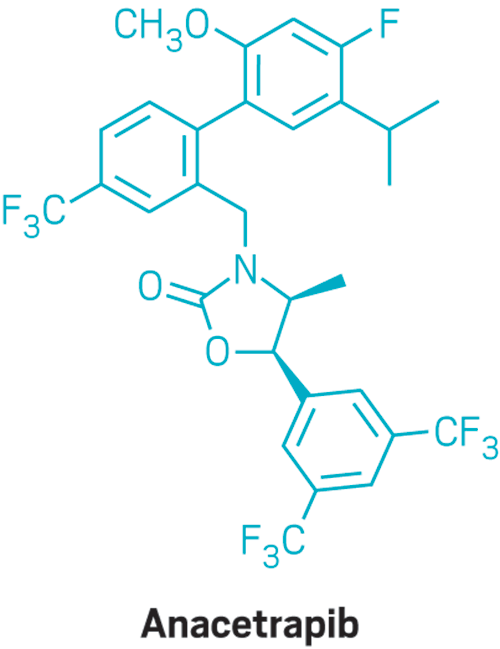 In a twist for a previously troubled drug target, Merck & Co. says its CETP inhibitor anacetrapib succeeded in reducing the number of heart attacks and strokes in a large Phase III clinical trial.

The news was delivered via a press release that was short on details. It simply stated that the drug had reached its goal and that Merck plans to review the results with external experts and consider whether to file new drug applications in the U.S. and elsewhere.

Merck’s scant comments were thoroughly parsed by stock analysts, whose expectations for the drug had been low. Most speculated that the trial data are just over the edge of statistical significance, which could make marketing the drug tough. Merck will reveal the full data set in late August.

Companies have been chasing drugs that block CETP, or cholesteryl ester transfer protein, since the early 2000s. Whereas statins improve cardiovascular health by lowering levels of LDL, or “bad,” cholesterol, CETP inhibitors are meant to lower the risk of heart attacks and strokes by raising levels of HDL, or “good,” cholesterol.

But the field has suffered stunning failures. In 2006, Pfizer pulled the plug on torcetrapib, which in a large Phase III study increased rather than decreased the risk of death. Roche dropped development of dalcetrapib in 2012, and Eli Lilly & Co. followed suit with evacetrapib in 2015.

Despite those setbacks, Merck stayed committed to anacetrapib. Its Phase III study followed roughly 30,000 people over at least four years.

Comments
Garret Ihler (July 5, 2017 4:32 PM)
I think a good deal of clarity in this field would result if a modern evaluation of unmodified niacin were to be done. Unpatentable, but potentially important.
Reply »