A pair of seed-sized problems 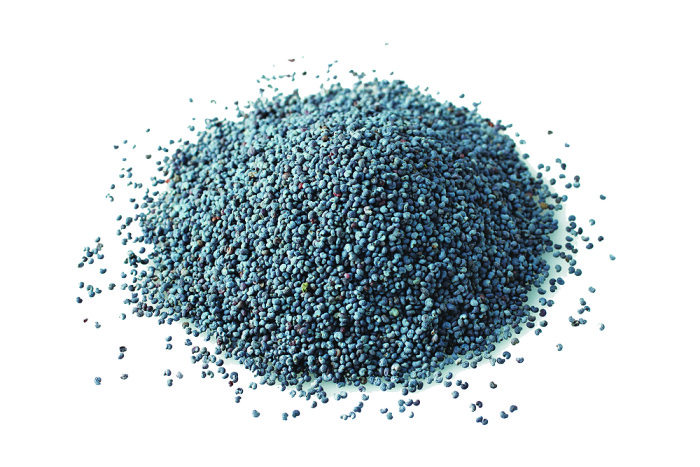 It’s a not-so-mythical urban myth that eating poppy seeds in your food can result in a positive drug test for opioids. U.K. TV personality Angela Rippon recently proved the point by eating poppy seed baked goods over a few days and then taking a drug test that resulted in a positive result for poppy-derived drugs. So when the website FoodNavigator.com reported last month that a British food supply company, Fuerst Day Lawson (FDL), will soon market a low-morphine blend of poppy seeds with morphine levels less than 20 ppm, much lower than the 900 ppm the company claims are in its competitors’ poppy seeds, the news was widely re-reported in other outlets.

It’s unclear if this is a new idea or a return to old practices, however. According to Dirk Lachenmeier of the Chemical & Veterinary Investigation Agency Karlsruhe, a German government agency akin to the U.S. Food & Drug Administration, cheap poppy seeds with a much higher morphine content entered the European market in the past decade—poppy seeds that were a residual product from pharmaceutical morphine production.

Tucked away in pods at the end of poppy flower stalks, poppy seeds, in fact, have almost no morphine. The morphine runs through the poppy plant’s latex—the milky sap of the plant. But the fluid contaminates the seeds during the automatic harvesting and processing of the plants. Plants grown for morphine have higher levels of the drug in their sap than those cultivated for food; therefore they result in more-contaminated seeds.

Poppies grown for their seeds—to top pastries and bagels, for instance—are often grown in Eastern Europe or Turkey and have lower levels of morphine than those from Australia, for example, Lachenmeier says. In some places these crops are processed by hand, resulting in even lower morphine levels because latex contamination of seeds is reduced. And he notes that those concerned about morphine in their poppy seeds can wash them and remove most of the opiates.

For those thinking they might try to feel morphine’s effects through the consumption of poppy seeds: Don’t. Doctors recently reported a fatal ingestion of poppy seeds—almost 900 g of seeds resulted in a “cast-like” obstruction of the colon. Yet the blood morphine level of the woman on autopsy remained under 10 ng/mL, much less than the level associated with morphine intoxication (J. Forensic Sci. 2017, DOI: 10.1111/1556-4029.13562). 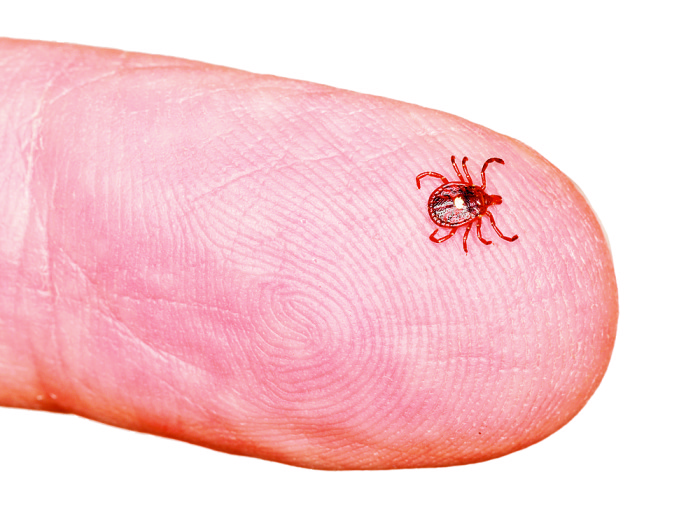 Meanwhile, here’s another way that a poppy-seed-sized organism can mess with your bloodstream: Wired reports that the lone star tick is spreading an allergy to red meat.

In 2015, researchers led by University of Virginia immunologist Thomas A. E. Platts-Mills finally linked a mysterious observed increase in allergies to beef, lamb, and pork to ticks. And it was the cancer drug cetuximab (Erbitux) that helped lead them to it (J. Allergy Clin. Immunol. 2015, DOI: 10.1016/j.jaci.2014.12.1947).

Patients taking the cancer drug who lived in the southeastern U.S., where lone star ticks are prevalent, were 10 times as likely as patients elsewhere to have itchiness and other allergy symptoms after receiving the drug. Sleuthing ultimately led the researchers to the allergenic molecule: galactose-α-1,3-galactose. It’s a component of the cancer drug’s complex monoclonal antibody structure. It’s also present in red meat, allergies to which were on the rise, particularly among outdoorsy types in the southeastern U.S.

What researchers can’t yet say is what it is about the lone star tick’s bite that provokes an allergic reaction to α-gal, as it’s known. But, Wired notes, it’s the only known allergy that doesn’t seem to require any genetic predisposition—everyone seems equally susceptible to the tick’s allergy-provoking bite. And now the ticks are on the move. They’ve been reported as far afield as Minnesota and New Hampshire.

It seems possible this is the most dreaded tick-borne illness of all: The Newscripts gang wagers that there are people out there who would rather risk Lyme disease than soldier forward with no future prospects of a burger.

Education
Weed Users And Their Ways, Wildlife On The Warpath
Biological Chemistry
Lyme Disease Dilemma
Environment
EPA Rejects Petition To Ban Insecticide Suspected In Bee Kills
Share X
To send an e-mail to multiple recipients, separate e-mail addresses with a comma, semicolon, or both.
Title: A pair of seed-sized problems
Author: Jessica Marshall
Chemical & Engineering News will not share your email address with any other person or company.