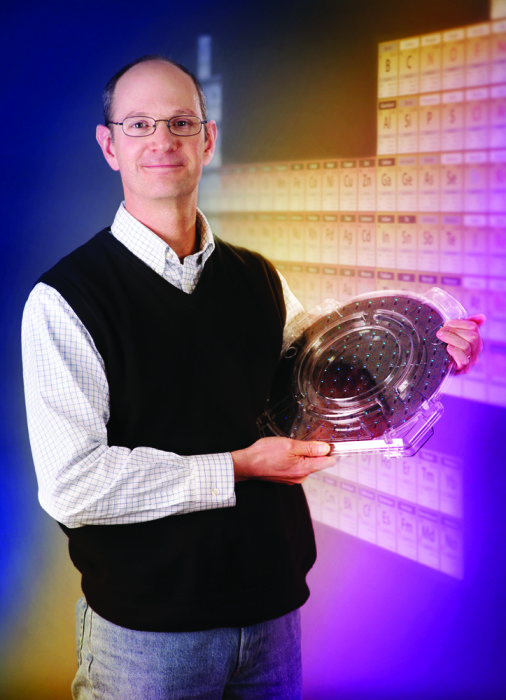 Mitsubishi Gas Chemical said it will spend $60 million to build plants in Oregon and Texas that produce ultrapure hydrogen peroxide, used in the electronics industry for cleaning, etching, and abrading semiconductor wafers. MGC already operates similar facilities in Arizona and at four sites in Asia.

Cutting-edge materials for next-generation chip circuitry got a lot of attention. The start-up company Inpria said it secured $23.5 million in series B funding from investors including Air Liquide, Applied Materials, Intel, JSR, and Samsung. Inpria, one of C&EN’s 10 Start-ups to Watch last year, said it will use the money to scale up output of its tin oxide-based photoresists.

Brewer Science and Arkema extended a collaboration to develop materials for directed self-assembly of chip circuitry using high-χ block copolymers. And the industrial gases maker Linde said it is expanding production of neon for use in deep ultraviolet lithography and xenon for etch applications in three-dimensional semiconductors.