Case provides a look into how some companies evade environmental regulations 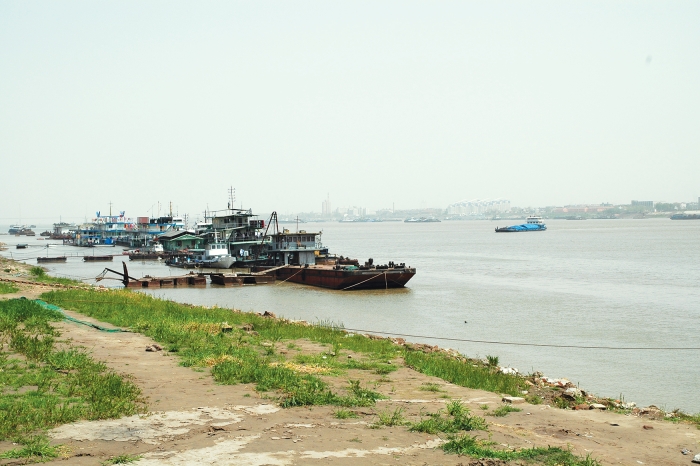 Credit: Tremblay
More than a quarter of China’s rivers are dangerously polluted. Shown here is the Yangzi River flowing through Jiujiang, Hubei province.

A court in China has fined the dye producer DyStar $3 million for environmental crimes and sent some of the company’s managers to jail. The case helps explain why China’s rivers still suffer from severe pollution despite the country’s strict regulations. According to the Ministry of Environmental Protection, 28% of rivers and lakes in China were “unfit for human contact” in 2015.

In May 2014, public security officials from the city of Yangzhou boarded a ship owned by a local merchant, Weidong Ding, as part of an inquiry into illegal industrial waste dumping in the area’s rivers. Once aboard, according to an account posted on a city court website, investigators became suspicious of the ship’s smell. They took the captain into custody after discovering tons of hazardous industrial waste on-board.

The captain led investigators to Jun Wang, a manager at Dystar’s plant in Nanjing. From 2010 to 2014, Wang had conspired with a local truck fleet owner, Zhanrong Wang, to dispose of DyStar’s waste sulfuric acid at a price of $84 per metric ton. Their scheme also involved one of the company’s floor managers, Jinjun Huang, and the plant manager, surnamed Li.

Whenever DyStar’s tanks of spent sulfuric acid became full, Wang’s trucks would come to transport the material to Ding’s ships. After dark, the ships would then dump the waste in the Taidong River and the New Tongyang Canal. Over four years, DyStar disposed of nearly 3,000 metric tons of its hazardous waste in this manner.

A German firm until 2010, DyStar was bought in 2010 by India’s Kiri Industries and China’s Zhejiang Longsheng Group. While in German hands, the Nanjing plant disposed of its waste legally for about $430 per metric ton, Chinese investigators found.

DyStar tells C&EN that the fraud occurred while a non-Chinese-speaking executive who couldn’t review necessary documents was in charge of the Nanjing business. “Management has neither authorized nor tolerated the illegal disposal of waste material at any time,” the company says.

The $3 million fine that the court levied on DyStar is a record for the province of Jiangsu. The court also sentenced the leaders of the conspiracy to jail terms of three to five years.