Powering the internet of things

Most digital sensors are easy to connect, but those tucked away in hard-to-access spots will need to harvest ambient energy 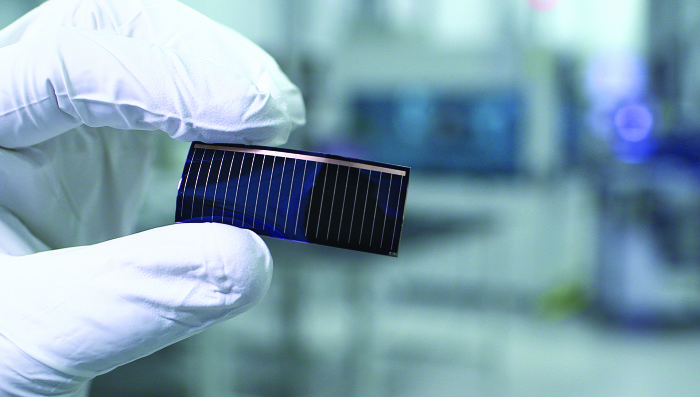 We’re surrounded by digital sensors, cameras, and communication devices. Many are tied into distant cloud-based data analysis services to do things such as monitor commuter rail operations, adjust office heating and cooling systems, and simply turn the lights off in an empty room.

Most sensors are wired into the electrical grid, but some are in out-of-the-way places, such as inside an air duct, where wiring is difficult and replacement costs make batteries impractical. Makers of energy-harvesting devices, which pluck trickles of free power from ambient light, motion, vibration, and heat, are trying to fill the gap, but the going has been rough.

“The internet of things makes energy harvesting absolutely necessary,” says Harry Zervos, an analyst at the consulting firm IDTechEx. Energy harvesting has a lot of potential, he says, but “the space has been marred by devices that put out too little power and few devices that work as they are intended.”

One early flop was from General Electric, a company that has set its sights on connecting machines to the cloud in what it calls the “industrial internet of things.”

In 2008, the company introduced the Perpetua Power Puck, a thermoelectric energy harvester intended to convert any source of heat into electricity wherever there is a 20 °C difference between a warm surface and ambient air. GE’s literature said the device replaced batteries and allowed for “frequent data collection.”

The launch didn’t go according to plan, and a GE spokesperson tells C&EN the Power Puck is no longer being offered, although it may be again in the future. He did not explain why it was discontinued.

Despite such setbacks, harvesting devices are getting better at supplying the energy needed for the low-power sensors on the market today, Zervos says. He sees a future for the low-maintenance devices in retrofitting older industrial machinery and enabling “smart” buildings.

The devices moving toward commercialization include gallium arsenide-based solar cells and thermoelectric harvesters. Other devices harness rare-earth magnets and coils to generate electrodynamic energy. Still others use piezoelectric materials to produce energy from motion.

Cisco, the networking hardware and telecommunications giant, expects that so-called machine-to-machine connections supporting the internet of things will be more than half of the total estimated 27 billion device connections in 2021. Companies providing services for smart buildings, industrial equipment monitoring, and the like will account for almost 8 billion of the connected appliances, Cisco says.

Those appliances not connected to the grid will have to get their power from batteries, energy-harvesting devices, or a combination of the two. But “the opportunity for energy-harvesting devices alone is hard to estimate,” mostly because companies that make the devices also sell software and services, says Tiffany Huang, a research associate at the consulting firm Lux Research.

A report last year from Lux suggests that investors see a future for energy harvesting. According to the report, energy-harvesting devices attracted more than $100 million in funding in 2006–15. The bigger opportunity was in the sensors themselves, which attracted $3.5 billion over the same period.

Although the investment in energy harvesting is relatively small, makers of the devices have racked up some successes. For instance, Perpetuum, an English company spun off from the University of Southampton in 2004, has developed an electromagnetic energy harvester for trains.

The harvester is part of a railway fleet management system that monitors coach and track conditions, explains Keith Abate, a senior business development director at the firm. “The harvester is the unique part of our service model. It has no wires, no batteries, and requires no maintenance. You just fit it and forget it,” he says.

The device consists of a rare-earth magnet that moves on springs alongside a wire coil and generates electricity. It produces between 50 and 90 mW of power, enough to energize a temperature sensor, a micro-electro-mechanical accelerometer, and a wireless transmitter.

Packaged together, a series of these units, which look like large batteries, fit onto the undercarriage of passenger and freight cars, Abate explains. A data concentrator pools the information from each unit and transmits it to the cloud, where it is analyzed. Rail maintenance workers can act on the data to minimize breakdowns and keep trains rolling.

The venture-capital-backed firm says it has deployed more than 10,000 of its sensors on railcars in the U.K., Australia, and the U.S. The firm recently signed a deal with rail equipment designer Beijing Sheenline Group to introduce its self-powered sensor system in China.

Several variables must be considered when deciding how to power an internet- connected sensor.

Pressing the switch moves the magnet through the coil, generating enough power to send a signal that turns a nearby light on or off, eliminating the need to hard-wire a connection. Targeted at the building and infrastructure market, the switches don’t require battery backups, though backups are available for hospitals and other clients that require one, Arneson says.

“A lot of what we have done in the last few years has gone into the retrofit market,” he says. “Installing the switches costs less than knocking down walls and calling in electricians.”

One application that’s gaining traction is using the films to power card readers for smart door locks in commercial buildings and hotels, Vijh says. Such locks can be powered by small batteries, he acknowledges, but harvesting ambient light energy “beats paying people to replace batteries, even once a year.”

Getting rid of batteries entirely may be difficult in most applications, caution experts at the computer chip giant Texas Instruments (TI). In many cases, energy-harvesting devices will extend the lives of batteries that store energy for when it’s needed. If the light doesn’t shine or motion isn’t present, “you need a recovery system,” says David Smith, a product marketing engineer at the firm.

TI offers low-power energy management chips that shuttle power from energy harvesters to sensors and charge onboard batteries and capacitors. The chip firm also has been at the forefront of developing “energy-sipping” sensors.

TI is still waiting for energy harvesting to take off. “There hasn’t been a huge revolution,” says Upal Sengupta, TI’s charging products marketing manager. “But steady progress is being made.”

Sengupta and Smith point to a bicycle rental firm, Bluegogo, that is using solar energy harvesters to charge a battery on board, power a wireless lock system, and enable a geolocation chip to keep track of a bike’s location.

The China-based firm rents its bicycles via a phone app that sends the user a code. The renter scans the code on a bicycle-mounted reader, and the rental period starts. Bluegogo has already deployed large numbers of the web-enabled bicycles in its home market and recently introduced them in San Francisco.

One of the more ambitious uses of energy harvesting is from Enerbee, a French start-up firm formed by four Grenoble research institutes. Its harvester depends on a combination of magnetic and piezoelectric materials to generate between 1 and 10 mW of power, depending on conditions.

The 15-person company raised nearly $6 million in venture capital funding in 2015 and is now trying to raise up to another $2.5 million.

Enerbee may eventually sell the Smart Vent to consumers at a cost of about $190, says Mathieu Mazuel, digital marketing manager. But for now, the firm is set on working with building ventilation system makers to incorporate the harvester, sensors, and controls into an environmental management system. It hopes for the first such use early next year, Mazuel says.

Like Enerbee, many energy-harvesting firms remain optimistic and say the technology is improving. Most also acknowledge, as does Alta’s Vijh, that “the market for energy harvesting and the internet of things is a little slow now.” But sooner or later, he says, “it’s going to happen.”