A recovery in Europe bodes well, but Brexit complications could blunt exports 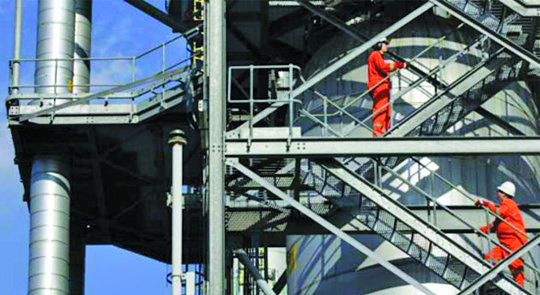 Credit: Ineos
Despite concerns over Brexit, Ineos has been expanding this plant in Grangemouth, Scotland.

A resurgent European Union economy bodes well for chemical exports from the U.K., says the country’s leading chemical trade association. Nevertheless, a recent analyst’s report indicates that a third of the U.K.’s top chemical firms are showing signs of financial weakness, foreshadowing the damage that Britain’s exit, or Brexit, from the European Union may do.

In its latest survey of members, the U.K. Chemical Industries Association (CIA) says half expect exports to increase over the next 12 months, while only 6% expect a decrease. A third of companies see the expanding European economy as an opportunity, the association says. According to CIA, U.K. chemical and pharmaceutical makers rely heavily on Europe, which buys 60% of the industry’s $65 billion in annual exports. Despite the survey’s positive results, CIA admits that uncertainty over tariff negotiations is weighing on exports. “A strong EU economic performance benefits the U.K. if we can get the relationship right after we leave,” says the association’s CEO Steve Elliot. Market analyst Plimsoll Publishing finds that the industry is operating in a “challenging landscape.” Among the top 100 U.K. chemical firms, 31 are showing signs of financial distress, such as declining sales, high debt, and low profits. Many in that group “need an urgent survival plan, either from an injection of capital, a radical cost reduction scheme, or financial restructuring if they’re to continue to trade,” Plimsoll says. The analysis firm rates only 57 companies as in either strong or good condition. The others are in mediocre or poor shape.