As the drug pipeline fills with large molecules, contractors add to customer offerings 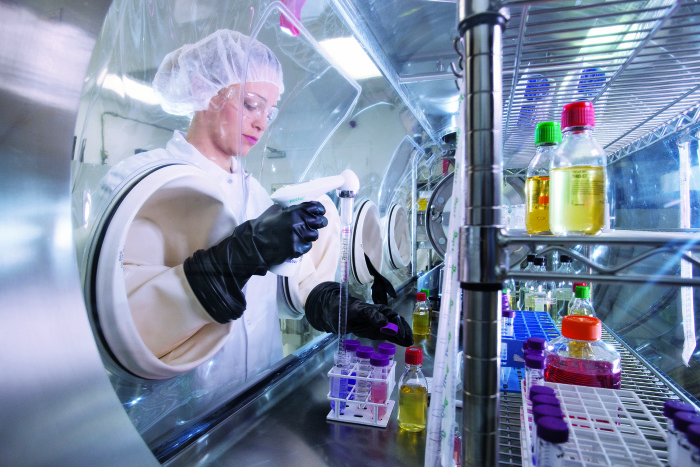 Approximately half the drugs in the pharmaceutical pipeline now are biologics, a statistic that reflects the drug industry’s shift in emphasis over the past two decades from small to large molecules. In that time, drug firms outsourced much of their small-molecule research, development, and manufacturing operations and invested heavily in biologics. The small-molecule drug services sector, meanwhile, consolidated to create a business populated by what is known as contract development and manufacturing organizations, or CDMOs.

Now, a similar evolution is afoot in the contract research, development, and manufacturing of biologic drugs. Rapidly increasing demand for biologic drug services has prompted a slew of mergers and acquisitions in which companies specializing in process development and manufacturing have bulked up by acquiring drug research assets, and vice versa. 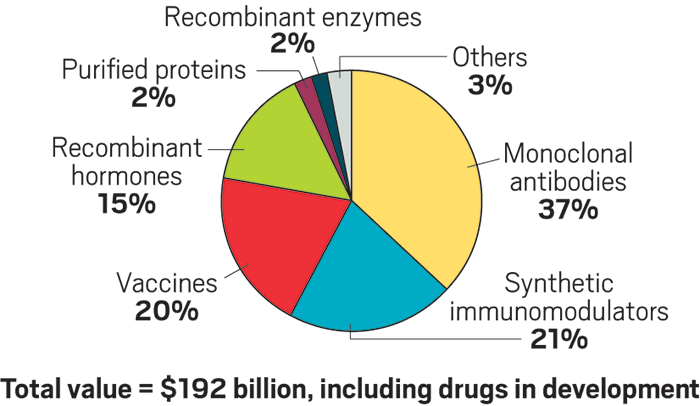 As they did in the small-molecule world, one-stop-shop CDMOs are emerging in biologics. What’s different, observers say, is that this time the reasons for the consolidation are rooted more in science than in increased sales. Given the complexity of working on proteins, antibodies, and other biologic drugs, they say, customers developing large molecules are better served by a single contractor from R&D through commercial production than are customers developing small-molecule drugs.

“Working with chemical entities is like baking a cake,” says Susan Dexter, managing director of Latham BioPharm Group, a life sciences consultancy based in Maynard, Mass. “Once you understand the synthetic process, it’s the same thing all the time.” With biologics, on the other hand, drug development is more nuanced, making it difficult to hand projects over from one service firm to another as they move from discovery to development to manufacturing.

“You may have an antibody with lots of epitopes and profiles,” Dexter says. “You need a good level of expertise to understand what is important to the functionality of a [biologic] drug. It takes a lot of hand-holding.”

As a result, a higher level of collaboration has emerged in biologics, with contractors even working on-site at drug companies to bring candidates along. Meanwhile, Dexter points to major drug development service firms such as Abzena, Catalent, and Lonza that have enhanced their offerings through acquisition in recent years. And the pace of acquisitions is accelerating.

Cornell Stamoran, vice president of strategy and government affairs at Catalent, notes that much of the growth in the biologics pipeline is thanks to small biotech companies that lack research and manufacturing assets and are utterly dependent on contractors.

“This is combined with the fact that large pharmaceutical companies have changed their licensing model from trying to acquire assets from these small companies at very early stages to looking for good proof-of-concept or early-stage clinical assets,” Stamoran says. “So there are more small companies looking for contractors to do more with their assets for a longer time.”

Stamoran agrees with Dexter that biologic drug companies have a practical incentive to work with one contractor throughout a product’s life cycle. In small-molecule contracting, there is more of a break between R&D and final manufacturing. “A different type of player is emerging,” he says of the rise of the biologics CDMO.

Catalent is not a newcomer, however. Its original owner, Cardinal Health, acquired the bioanalytics firm Magellan Laboratories in 2002 and Gala Biotech, a protein expression specialist, in 2003. With Gala, based in Middleton, Wis., the company gained a cell line expression technology called GPEx. Catalent, which spun off in 2007, is currently completing an expansion of its manufacturing facility in Madison, Wis.

Catalent purchased Aptuit’s development and clinical services business in 2012 and added technology for antibody-drug conjugation with the acquisition of Redwood Bioscience in 2014.

Michael Riley, director of Catalent Biologics, notes that the firm has invested to differentiate itself not only with proprietary science but also cutting-edge manufacturing technology, most importantly single-use bioreactors. The firm’s Madison plant, built in 2013, is designed to network small, disposable vessels, scaling up or down to meet changing production needs at a lower cost than traditional stainless-steel reactors can, Riley says.

Abzena, an antibody-drug conjugate specialist based in Cambridge, England, built a full-service offering through acquisitions. The company debuted in 2001 as PolyTherics, a spin-off from Imperial College London and London School of Pharmacy, with a PEGylation technology for making linkers for antibody-drug conjugation. In 2013 it bought Antitope, a biologics and immunology services firm focused on protein engineering, antibody humanization, and cell line development. PolyTherics and Antitope were combined to form Abzena in 2014.

“One thing we realized was that as projects for our collaborators were advancing through development, they were having issues with manufacturing,” says George Badescu, vice president of scientific affairs at Abzena. The company responded in 2015 by acquiring PacificGMP, which offers biologics process development and manufacturing. This was followed almost immediately with the purchase of The Chemistry Research Solution (TCRS), a cytotoxic drug development firm in Bristol, Pa., specializing in antibody-drug conjugate payloads.

Badescu claims Abzena pioneered the one-stop shop for antibody-drug conjugates with an approach that accommodates the balancing act of developing a biological system. It’s an act, he says, that begins in early-stage discovery and ends in commercial manufacturing.

In addition to acquisitions by Catalent and Abzena, a slew of other deals is consolidating the biologics service sector in much the same way as the small-molecule sector before it.

Patheon, which started as a specialist in finished-dose drug services, has transformed significantly through mergers and acquisitions. Its 2014 combination with DSM’s fine chemicals business took it into biologics, and its acquisition of Gallus later that year added to those assets. More recently, the company agreed to be acquired by Thermo Fisher Scientific.

Patheon now has U.S. biologics facilities in Princeton, N.J., and St. Louis, acquired from Gallus, and former DSM facilities in Brisbane, Australia, and Groningen, the Netherlands. Most of its capacity is in single-use reactors, and the firm is expanding at each of its sites, targeting annual growth exceeding the 6–10% expected for the biologic contracting market as a whole, according to John Foy, Patheon’s vice president of business management for biologics.

Charles River Laboratories is also asserting itself in large molecules with the acquisitions last year of Blue Stream Laboratories, a specialist in protein characterization.

“Biologics are the future of drug development, and expanding and enhancing our scientific expertise and depth is critical,” says Greg Beattie, Charles River’s vice president for global biologics. “It’s all about speed in this area and how to get our clients to market faster.”

Consolidation is expected to continue in biologics R&D services. And sources don’t expect much competition from chemistry-based CDMOs entering the field, given the high technological barrier to entry. But with the overall push to offer comprehensive pharmaceutical services, new competition can’t be ruled out. One-stop shops that combine chemistry and biology could be on the horizon.

One need look no further than WuXi AppTec, a Chinese pharmaceutical services firm that got its start in chemistry services but now seeks to go head-to-head in biologics with firms such as Lonza and Patheon. It began building a biologics services unit six years ago, investing $200 million, and has grown the business to $148 million in sales last year, according to Chris Chen, CEO of WuXi Biologics, which was spun off as a separate company last year. Revenue growth in 2016 topped 50%. Currently, the company has 40 programs in clinical trials and is working under contract on about 140 molecules.

“WuXi has always been strong in contract research services,” Chen says about the company’s decision to build a biologics business from the ground up. “We sensed a biologics wave coming.”