[+]Enlarge
Credit: Shutterstock
A U.S. court struck down a regulation ending the use of HFC-134a in car air conditioners beginning with model year 2021. 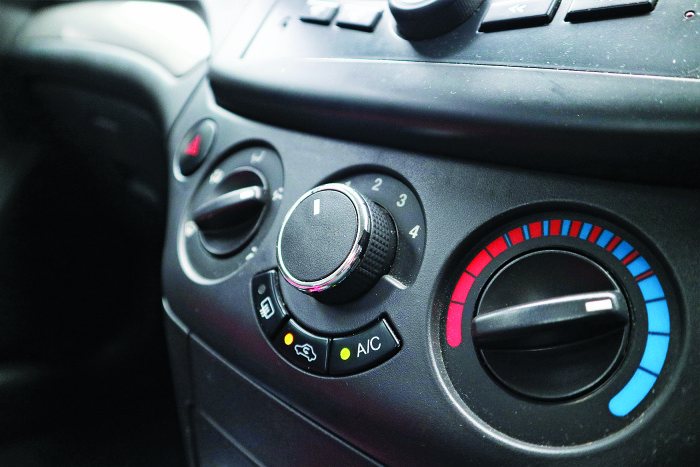 Credit: Shutterstock
A U.S. court struck down a regulation ending the use of HFC-134a in car air conditioners beginning with model year 2021.

A federal appeals court has struck down a U.S. regulation that requires manufacturers to replace hydrofluorocarbon (HFC) refrigerants with chemicals that are less potent greenhouse gases.

The Aug. 8 decision hands a victory to HFC makers Mexichem Fluor and Arkema. It’s a loss for Honeywell International and Chemours, which manufacture hydrofluoroolefins (HFOs), a new generation of refrigerants that have a very low potential to cause global warming. Chemours and Honeywell say they are disappointed with the court’s ruling.

The legal case involves a 2015 regulation from the Obama Environmental Protection Agency. The agency restricted HFCs and blends containing HFCs because of their potential to contribute significantly to global warming. Not only did the regulation limit these chemicals in refrigerants for vehicle air conditioners, coolers in groceries and other retail stores, and vending machines, but it also restricted their use as blowing agents that expand plastic into foam and in aerosol cans.

EPA based its regulation on a part of the Clean Air Act that requires manufacturers to replace substances that deplete stratospheric ozone with safer substitutes. HFCs don’t harm the ozone layer; in fact, they were developed as alternatives for chemicals, such as hydrochlorofluorocarbons, that do.

“The fundamental problem for EPA is that HFCs are not ozone-depleting substances,” the U.S. Court of Appeals for the District of Columbia Circuit ruled. The section of the Clean Air Act that EPA used as the basis for its regulation does not give the agency authority to require replacement of substances that do not harm stratospheric ozone, a three-judge panel ruled. HFOs, like HFCs, are benign to stratospheric ozone.

The decision has implications for the U.S. in an international treaty, the Montreal Protocol on Substances That Deplete the Ozone Layer, points out Sen. Thomas Carper (D-Del.). Under that pact, the U.S., the European Union, and other industrialized countries last year agreed to start phasing down production of HFCs beginning in 2019. The rest of the world will freeze HFC production in the next six to 10 years, then begin ratcheting down manufacturing.

Mexichem Fluor and Arkema, which brought the case against EPA, make HFC-134a, which has been used widely in car air conditioners for years. The EPA rule would have banned the use of HFC-134a as an air conditioner refrigerant in most cars and trucks sold in the U.S. starting with model year 2021.

Harold Blinderman, a partner with the law firm Day Pitney, says it’s likely that rather than appeal the decision, EPA will develop a new regulation to phase out HFCs.