by Melody M. Bomgardner with reporting by Peter Bennett and Patrick Bennett, special to C&EN, and Jyllian Kemsley 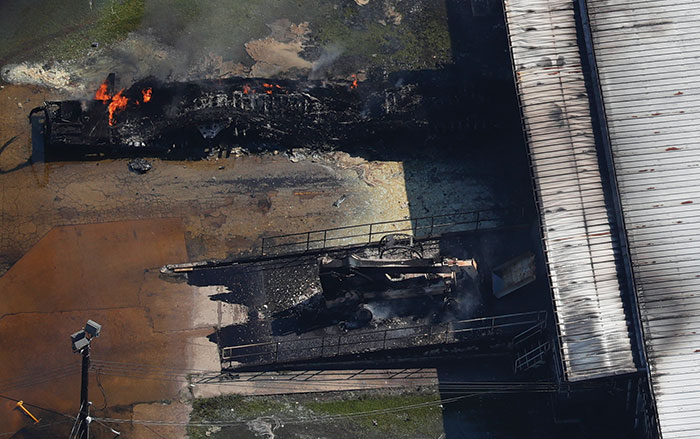 Five days of devastating rain from Tropical Storm Harvey left its mark on the Gulf Coast of Texas, home to more than 6 million people and a significant portion of the U.S. fuel and chemical industries.

As flood water recedes, residents, state and federal officials, and refinery and chemical plant managers are assessing the damage left in Harvey’s wake.

Dozens of major manufacturing facilities were taken off-line before and during the storm. Experts say it is too early to clearly assess the amount of damage sustained by industry in the region and forecast it will take several weeks to restart the plants.

“The combination of Harvey’s path, duration, and rainfall total is wreaking havoc with the supply side of the U.S. chemicals industry on an unprecedented scale,” says Kevin W. McCarthy, analyst at Vertical Research Partners, an equities research firm.

One chemical plant that has sustained significant damage is Arkema’s polymer additives site in Crosby, Texas, 43 km northeast of Houston. On Aug. 31, storage facilities holding highly flammable organic peroxides began to explode, sending black smoke into the air. The facility and the rural neighborhood around it had been evacuated and no serious injuries were reported. However, several first responders were treated for symptoms of respiratory irritation. Two senators have asked the U.S. Chemical Safety Board to investigate the circumstances that led up to the explosions at the plant.

The U.S. Environmental Protection Agency reviewed data from aircraft shortly after the explosion at the plant. In an Aug. 31 statement, EPA Administrator Scott Pruitt said, “This information indicates that there are no concentrations of concern for toxic materials reported at this time.”

Universities in the Houston area report that at least some of them emerged with their facilities relatively undamaged by Tropical Storm Harvey, although significant numbers of students, faculty, and staff likely must cope with flood damage at home.

Rice University and the University of Houston started fall semester classes on Aug. 21, then closed for the storm. As of C&EN’s press time, they planned to reopen on Sept. 5, after Labor Day. Classes at Texas Southern University were scheduled to begin on Aug. 28, and TSU also closed until Sept. 5. All three schools were able to safely shelter and feed students who had moved into campus housing before the storm hit.

Overall, “Rice is in pretty good shape,” chemistry department chair Matteo Pasquali tells C&EN. “The university is actually providing assistance to the community and has organized teams of volunteers—students, faculty, and staff—who are helping with the community recovery efforts.”

Pasquali attributes the minimal damage to Rice to work the university did to shore up its facilities after flooding from Tropical Storm Allison in 2001.

But even as university facilities weathered the storm well, “Some of our community members have experienced flooding to various extents—from very minor, such as wet carpet, to relatively major, such as 1.5 meters of water in their homes,” Pasquali says. C&EN was unable to reach chemists at UH or TSU by deadline.

Schools in the Houston area and beyond, such as Trinity University in San Antonio and the University of Texas, Austin, are all trying to accommodate students affected by the storm. “Probably 25% of our students are from Houston or have family there,” says Trinity chemistry department chair Chris Pursell.

For UT Austin students affected by the storm and unable to make the start of classes on Aug. 30, “Faculty members will be asked to provide the greatest level of flexibility and support for students impacted by the storm,” the university says on its website.—Jyllian Kemsley

Organic peroxides are used in manufacturing plastic resins, polystyrene, polyethylene, polypropylene, and acrylic resins. Arkema has not specified what peroxides are stored at the site or the amounts.

Safe storage of organic peroxides requires refrigeration. At Arkema they are normally kept in cold-storage warehouses, but after electric service and backup generators both failed, the chemicals were transferred to refrigerated trailers run by diesel engines. Close to 2 meters of flooding caused some of the trailers’ power supplies to fail.

Arkema had stopped operations in Crosby in advance of the storm. Harvey first made landfall near Corpus Christi as a category 4 hurricane late on Aug. 25 before weakening into a tropical storm and moving east, soaking the Houston area with as much as 132 cm of rain.

The Gulf Coast is home to 25% of U.S. refinery capacity and more than half the country’s production of a number of downstream chemicals. Many of those plants were taken off-line because of the storm. The two largest refineries in the country—Saudi Aramco in Port Arthur and ExxonMobil in Baytown—were shut down. Chevron, Royal Dutch Shell, Valero Energy, Citgo Petroleum, and Flint Hills Resources also powered down refineries, including some with on-site chemical units.

In a note to investors, analyst McCarthy writes that the infrastructure challenge is a “wild card” making it difficult to forecast the overall recovery. 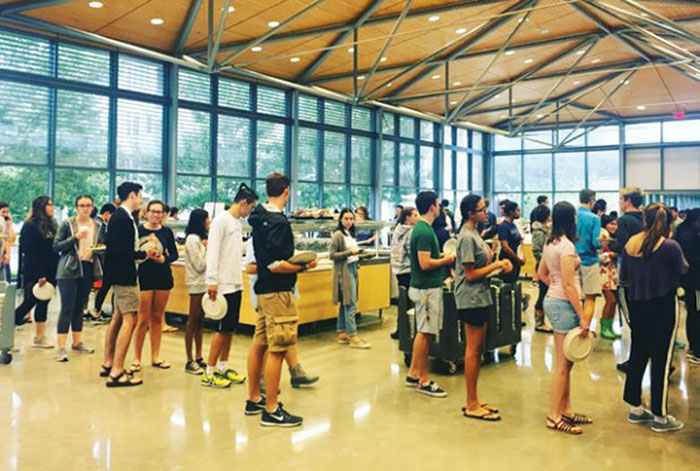 Although closing down a refinery or chemical plant is a safe move in the face of a massive storm, it is not without side effects. Even when plant operators receive a few days’ warning, unplanned shutdowns lead facilities to emit volatile chemicals in amounts that far exceed air pollution permit levels. During unplanned shutdown activities, emissions control equipment is not fully functional. In some cases, flaring is used to reduce the amount of hazardous chemicals that go into the air.

Filings with TCEQ show massive, but temporary, emissions of such hazardous chemicals as benzene, butadiene, nitrogen oxides, and miscellaneous volatile organic compounds. At the giant ExxonMobil complex in Baytown, an estimated 100,000 kg of sulfur dioxide was released over the course of five days.

ExxonMobil also reported additional air releases at its Baytown and Beaumont complexes due to damage to outdoor storage tanks, as did Shell Oil at its Deer Park facility.

Residents who took shelter near the plants could experience respiratory or neurological effects. Most vulnerable are people who have lung conditions like asthma or chronic obstructive pulmonary disease, she points out. In particular, sulfur-containing emissions can cause respiratory irritation at very low levels.

“It’s just a big mess right now,” says Andrew Keese, spokesperson for TCEQ. He says 24 state-operated air quality monitors in the Houston area were taken off-line before the storm to prevent damage and won’t be turned back on until conditions are safe.

Also before the storm, TCEQ worked with EPA officials to secure a number of Superfund sites in the Houston area by removing hazardous-waste-containing drums.

The storm’s impact on local residents will be long lasting. In contrast, the chemical industry’s recovery is likely to be faster, according to Vertical’s McCarthy. It will be some weeks before plants come back on-line, but he does not anticipate that shortages will significantly harm the supply chain.

In the short term, McCarthy estimates that over half of the U.S. ethylene and polyethylene capacity has been shut down, along with 40% of chlor-alkali and polyvinyl chloride. Supply interruptions could cause short-term price spikes, he predicts. In addition, industrial gas and catalyst suppliers will see weakened demand until their customers’ operations pick up again.

The National Weather Service downgraded Harvey to a tropical depression late last week as C&EN went to press. Hurricane season is not over—meteorologists warn that conditions are still ripe for severe storms to form in the Gulf of Mexico. Meanwhile, a new hurricane, called Irma, has formed in the Caribbean and may reach the Southeast U.S. coast.

What’s in the mix