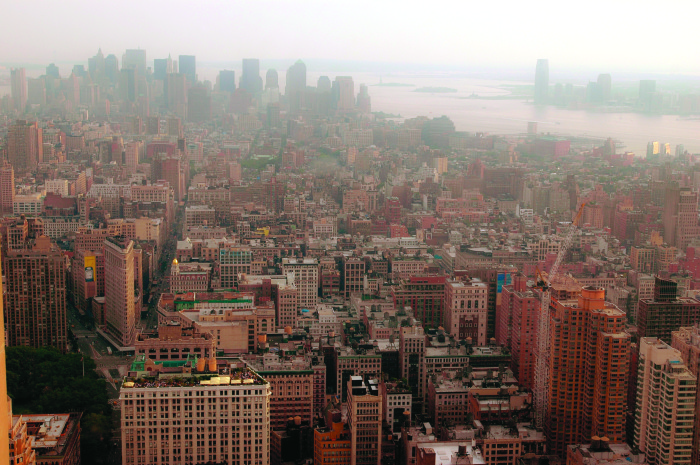 The decision reinstates the original Oct. 1, 2017, deadline for the rule. By then, EPA must designate which regions of the country meet or violate an updated federal air quality standard for ground-level ozone, the nation’s most widespread air pollutant.

In October 2015, EPA tightened the concentration of ozone that’s legally allowed in the air to 70 ppb from 75 ppb, the previous health-based standard, which was set in 2008. The agency claimed the new pollution limit would save at least $2.9 billion in annual health care costs. The main component of lung-irritating smog, ozone forms when nitrogen oxides and volatile organic compounds react in sunlight.

Under the Clean Air Act, states must develop plans to reduce ozone pollution in areas that exceed the limit and bring them into compliance with the new standard. Over time, that process can lead to stricter emissions limits for the primary sources of ozone precursor pollutants, including chemical and other manufacturing facilities, power plants, refineries, and motor vehicles.

The chemical industry and other businesses have argued that the more stringent ozone standard is not needed, especially with evidence showing that pollution is decreasing under the previous 2008 threshold.

“We’re concerned that the new standard could impede manufacturing investment and job creation without environmental benefit,” says Brendan Mascarenhas, director of environment, regulatory, and technical affairs at the American Chemistry Council, a chemical industry trade association and lobbying group. “Air quality has been continuously improving, and further progress was likely if the 75 ppb standard had been kept in place.”

EPA chief Scott Pruitt announced in June that he would delay compliance with the new standard until October 2018. He cited a clause in the Clean Air Act that allows such a pause if the agency needs to collect more pollution data to determine which areas aren’t meeting the standard.

But on Aug. 2, Pruitt announced that EPA would work with states to meet the Oct. 1, 2017, deadline for determining which regions of the country meet or violate the tighter ozone standard. He said the “gaps” in the data on air pollution necessary to make those decisions “may not be as expansive as we previously believed.”

EPA’s turnabout came one day after 15 state attorneys general, all Democrats, filed a lawsuit challenging the delay with a federal appeals court. A dozen public health and environmental groups filed a similar lawsuit in July.

For activist organizations that have been playing defense amid the Trump Administration’s efforts to roll back and delay dozens of regulations on a variety of fronts, the agency’s reversal represented a welcome victory.

“These safeguards are essential because smog pollution can trigger asthma attacks, cause irreversible lung damage, or even death,” says Mary Anne Hitt, director of the Sierra Club’s Beyond Coal campaign.

But Pruitt’s reversal doesn’t completely clear the way for Obama’s updated ozone rule. On July 18, the House of Representatives passed a Republican-sponsored bill (H.R. 806) to delay implementation of EPA’s 2015 ozone standard from later this year until 2025. A nearly identical measure (S. 263) is pending in the Senate. Chemical manufacturers and other supporters say the legislation is needed because state and local governments and businesses have had insufficient time to comply with the latest revisions to the ozone standards.

In addition, they argue, the bill would address problems created by EPA’s slow issuance of regulatory guidance needed to implement the 2008 threshold. It took the agency until March 2015 to issue those rules, which include requirements that companies must fulfill to obtain Clean Air Act permits needed to construct new facilities and expand existing plants.

Seven months after issuing the guidance, EPA modified the ozone standard again, this time decreasing the maximum level in the air to 70 ppb, prompting complaints that localities and manufacturers are being forced to comply with different standards at the same time. This created a permitting paradox for facilities located in regions that meet the 2008 ozone standard but not the tighter 2015 limit.

“Manufacturing growth is put at risk in areas where facilities now face two sets of standards and unclear rules,” Mascarenhas says. “New standards are in effect, but it’s not clear how to show compliance. This uncertainty makes it much harder for businesses to plan new projects.”

But public health groups say that once EPA determines which areas do not meet the more stringent standard, work must immediately begin to protect the public against the harms of ozone pollution.

“Stalling implementation of the 2015 ozone standard is a dangerous step in the wrong direction,” says Harold P. Wimmer, chief executive officer of the American Lung Association. “EPA’s job is to implement the Clean Air Act to ensure the air is safe to breathe for all, especially the most vulnerable.”

The pending legislation would change the Clean Air Act by extending the timeline for EPA to review and, if necessary, update the national air quality standards for ozone and other major air pollutants to every 10 years. Currently, the agency must do so on a five-year cycle.

The proposed Ozone Standards Implementation Act would allow EPA to consider the technological feasibility of pollution controls when setting new air quality standards and not just public health, as the Clean Air Act now requires. The measure would also streamline the permitting process for businesses expanding operations and would phase in implementation of the 2008 and 2015 ozone standards.

“By tying permitting requirements to this phased schedule, the bill will help ensure that manufacturers are not caught up in red tape,” Mascarenhas says. “It will enable air quality improvement without adding undue burdens on already strained state agencies.”

However, the legislation faces an uphill battle in the Senate. At a May 23 hearing by the Senate Environment & Public Works Subcommittee on Clean Air & Nuclear Safety, Democrats said they will fight any effort to delay or weaken health-based standards for ozone and other air pollutants.

EPA’s 2015 ozone standard is “based on sound, peer-reviewed science,” and the 70 ppb standard is the high end of the 60 to 70 ppb range originally proposed by the agency, said Sen. Sheldon Whitehouse (D-R.I.), the panel’s ranking minority member.

But “winning with 70 ppb was not enough for the fossil fuel industry,” Whitehouse added. “Polluters never want to reduce their pollution and regularly attack the Clean Air Act based on overblown costs that always ignore the other side of the ledger, the public health and other benefits of reducing pollution.”

“This is a multi-billion-dollar issue, as there are severe constraints on economic development” in areas that don’t meet the new, tighter limit, Capito said. “To achieve compliance, governments and industry need a clear, certain timeline for implementation of standards and a willing partner in EPA. Up to now, we have not had that support in Washington,” she remarked.

With the GOP holding a slim 52-48 majority in the Senate, it will be difficult for the bill’s supporters to muster the 60 votes needed to shut down a likely Democratic-led filibuster. But the measure could be attached to a spending bill or other “must-pass” legislation that Democrats might be forced to accept.

Capito said she will keep working to advance the bill. “Congress must provide a permanent fix to the broken process of reviewing and implementing ozone standards.”

Comments
Emma (September 6, 2017 9:04 AM)
As both a chemistry undergrad and an avid environmentalist, I even find myself torn on this issue. I know the job industry I will be searching into will be heavily restricted by government implemented regulations, yet also feel such are very important for the health and safety of others. Interesting stuff!
Reply »