For president-elect: Bonnie A. Charpentier 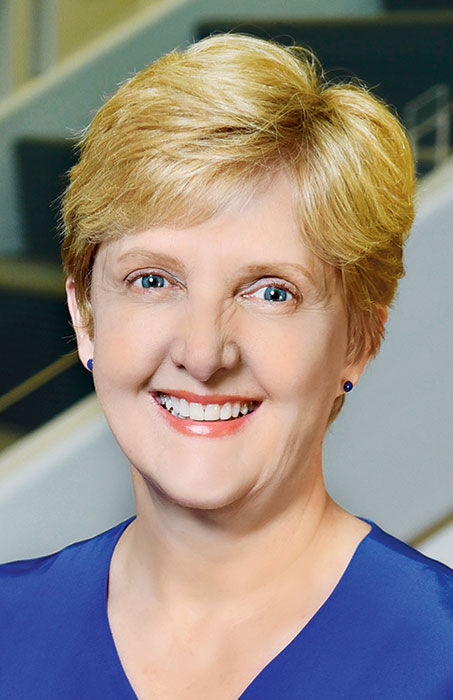 Credit: Courtesy of Bonnie A. Charpentier

Thank you for considering me for ACS president-elect. It would be a great honor and joy to serve in this role, which I see as leading and collaborating, advocating for and with ACS members, and building cooperative relationships with other scientific organizations.

Relevance to our members

▸ Member needs and aspirations. ACS must be relevant in the lives of our members. One of the most important roles of the ACS president is to communicate with and listen to the needs of all our members. The needs of individual members vary and are different in different stages of their careers. One of my goals is to have a more targeted understanding of member needs and adapt our programs accordingly to support broad diversity and inclusivity and the changing needs of individuals.

To be relevant, ACS must also support members’ aspirations in their careers and in their desire to contribute to the greater good. I have seen the satisfaction of our members in creating great National Chemistry Week events, successful regional meetings, and innovative programs for chemistry education, to name a few. I want to find new synergies and ways to support our members’ dreams.

▸ Employment. Satisfying employment for chemists is an ongoing challenge. My experience with downsizing in both large and small companies is helpful in understanding challenges and potential solutions. I have long participated in and supported programs to help chemists with their careers. A recent New York Times article noted a large percentage of jobs are obtained by referrals. To facilitate this, ACS can better support convenient ways for our community of members to help each other.

▸ Collaboration. We tend to think of our members as belonging solely to academia, industry, or government. However, members often transition across these areas. I want to help develop collaborations across industry, academia, and government, particularly for the benefit of students and our members considering career transitions. We can also do more to actively encourage collaborations across ACS entities, such as local sections, divisions, and regional meetings.

▸ Challenges. Science and scientists are facing unprecedented challenges from the increasing politicization of science. ACS must lead in combatting ignorance and prejudice, and communicate the value of chemistry to society. Our members expand human knowledge, create, innovate, and produce materials, medicines, energy sources, clean water, and myriad other discoveries, processes, and inventions that improve life. We must empower our members to more effectively share the human stories of the products of chemistry and the value of the scientific method.

▸ Advocacy and outreach. ACS has strong advocacy programs such as Capitol Hill visits and the Science & the Congress Project. It is time to greatly strengthen our efforts and involve more of our committed members. For example, we have excellent advocacy programs in some states, but others are moribund or nonexistent. We should provide greater support for advocacy programs, particularly for science education and research funding.

Promotion of scientific literacy is fundamental to ACS. We need even stronger programs to expand our effectiveness in bringing a better understanding of science to the public.

We often lament the scarcity of scientists in Congress but have done little to foster change. For those members who are interested in taking a more active political role, from school boards to local, state, or national offices, we can provide support in the form of training in best practices and effective communication skills.

Safety is the newest named ACS core value. We must educate and communicate the importance of safety in academia, industry, and government laboratories and in chemical demonstrations and outreach activities.

▸ External collaboration. We can be more effective and successful in meeting our goals by growing our collaborations with other professional societies in the U.S. and internationally.

My broad experience in all levels of ACS, including representing ACS internationally, provides a solid foundation from which to launch new ideas, to build effective collaborations within ACS, and to strengthen relationships with other scientific societies.

My career has included dealing with challenges in R&D and in chemistry employment and managing interactions with regulatory authorities around the world. For more information, please see my website at www.bonnie4acs.org.

Thank you again for your consideration. I respectfully ask for your support to take on the role of primary communicator for ACS. I see this role as leading and embracing change, built on a foundation of collaboration to tap the collective wisdom of our membership. I have the passion, energy, and time to take on this role. I welcome your ideas and suggestions at bonnie@bonnie4acs.org.

Litigation
US EPA won’t appeal court ruling that nullified its science advisers policy
Chemical Regulation
Preservative butylparaben targeted for control in EU
Chemical Weapons
Tear gas and pepper spray: What protesters need to know
Share X
To send an e-mail to multiple recipients, separate e-mail addresses with a comma, semicolon, or both.
Title: For president-elect: Bonnie A. Charpentier
Author:
Chemical & Engineering News will not share your email address with any other person or company.

Janice S. Barton (October 1, 2017 12:06 PM)
With your background in the pharma industry, is there any role for you to play in the reduction or regulation of drug prices?

I realize the above is not a usual function for ACS presidents, but it is an important issue to most Americans, especially the retired and lower income folks. I don't remember another candidate with your background in my 49 years as a member.
Thanks
Reply »

Peigao Duan (October 24, 2017 7:56 PM)
In my own oppion, Bonnie A. Charpentier is more suitable for the next president of the ACS as her research is the leading topics among the realted chemistry area.Her record of service is qualified for ACS president! Strongly Recommendation!
Reply »