For president-elect: Willie E. May

May
[+]Enlarge
Credit: Courtesy of Willie E. May 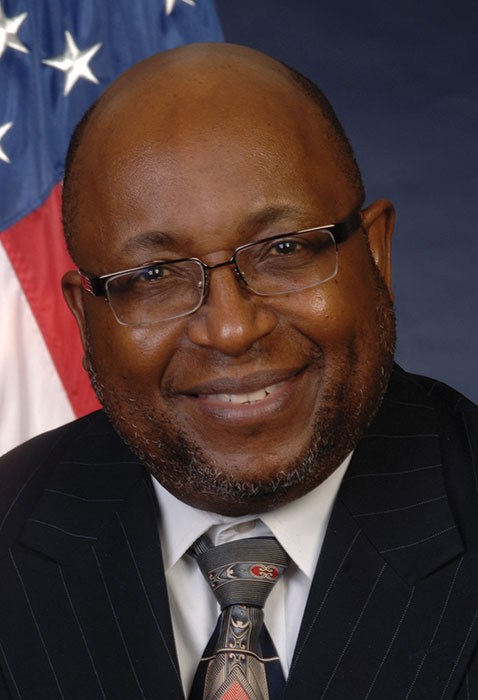 Credit: Courtesy of Willie E. May

I am Willie E. May and I am honored to be a candidate for ACS president-elect.

As a member of ACS, I’m sure you care about the chemistry profession. But still, you may be wondering, why should I vote? What’s in it for me?

I hope the answers provided below first and foremost inspire your vote. And, if my goals match yours, then please vote for me as your ACS president-elect.

ACS promotes solutions to real-world issues that depend on contributions by chemistry professionals. This matters not just to you and our membership but our entire planet!

What’s in it for you

Members join for many reasons.

▸ Midcareer chemists look to ACS to stay current with advances in the field and with issues confronting chemists and society more broadly.

▸ Senior chemists and retirees rely on ACS for networking with peers as they take on new leadership and mentoring challenges and look for solutions.

ACS helps meet all these needs—world-class publications, professional advice, employment services, continuous-learning classes, and unmatched mentoring opportunities. But we can always do better. We can be more strategic, refine our programs and messages, and speak more effectively on behalf of our members and our profession.

Why your vote for ACS president is so important

Many of our global challenges can be addressed through the power of chemistry.

The ACS president can help broker those solutions. We need an experienced leader who

▸ Has a proven track record of working strategically and productively with all sectors of our economy and society.

▸ Gets the chemistry “big picture” in all its variations from lab to marketplace.

▸ Knows how to build coalitions with academia, companies in all sectors and of all sizes, and government agencies in the U.S. and globally.

I have served in all those leadership roles. Starting from the laboratory bench, I rose through the ranks at the National Institute of Standards & Technology (NIST) and capped off my government career as under secretary of commerce for standards and technology and NIST director.

I have worked with colleagues from industry, government, and academia in the U.S. and abroad. I have worked with and testified before Congress as well as consulted and worked with corporate CEOs and directors of dozens of scientific and technical societies from around the world. I have created and/or supported programs aimed at advancing the careers of young scientists and engineers.

My plans to advance ACS and its effectiveness

As your president-elect, I want to continue to make a difference. I want to give back in honor of those who taught and mentored me throughout my improbable journey from the projects in Birmingham, Ala., to candidacy for president of the world’s largest scientific society.

I would work to do the following:

▸ Inspire and educate: ACS should play a greater role in shaping policies to expand and inspire the next generation of science, technology, engineering, and mathematics professionals—ranging from chemical plant technicians to research investigators in government, academic, and industrial laboratories. We should encourage dialogue with the public, particularly during this time when public interest and confidence in science, data, and facts has been challenged.

▸ Diversify: We should be strong advocates for strengthening institutions serving underrepresented populations. Students from these institutions are an underappreciated and underused resource for skilled workers for the chemical industry. Through ACS assistance with internships and other career opportunities, these untapped pools of talent bring us diversity of thought and innovation.

▸ Grow: Science has no national boundaries. Non-U.S. citizens should be a growth area for recruiting new members, including those working for global companies. Biology is increasingly a quantitative molecular science. We should explore ways to bring more biologists under the ACS tent, including adding relevant conference topics and forums for biologists and biochemists.

▸ Continuously improve: Even a preeminent international scientific organization must stay alert to its members’ needs. The skills and education gained in our 20s and 30s will not sustain us throughout our careers. We should consider establishing an ACS university for continuous learning.

So, I ask for your vote; working together we can bring ACS to the next level of excellence.

Please visit my website at williemayacs.com for more information.

Elections
For District III director: Lynne P. Greenblatt
Comment
Introducing ACS and chemistry to the 116th Congress of the US
Careers
For director-at-large: Barbara A. Sawrey
Share X
To send an e-mail to multiple recipients, separate e-mail addresses with a comma, semicolon, or both.
Title: For president-elect: Willie E. May
Author:
Chemical & Engineering News will not share your email address with any other person or company.

Comments
Suleimenov (September 28, 2017 7:16 AM)
I suggest that you include in your program of activities the issue of the crisis in natural science disciplines and the discussion of alternative points of view on the mechanism of energy transfer between material objects.
Suleimenov Essen Nurgalievich (Suleimenov E. N.)
Dr of Sc., PhD, EANS, ACS,
Vice Chief of Laboratory of Advanced Materials and Technology
Kazakh British Technical University
Tole by str 59, Almaty, 050 000
Republic of Kazakhastan,
Phone +727-2-98- 45-40 off
+727-2-72-42-00 resi
Mobile +7 777 212 24 98
Email metallaim@mail.ru

Emil A. Lawton (October 4, 2017 11:35 PM)
I am an emeritus member . My first job after my PhD was with NIST when it was still located in Washigton. Unfortunately, I can not vote since I no longer receive mail ballots.It is too difficult to navigate the ACS WEBSITE. bUT IF ICOULD, YOU HAVE MY VOTE.
Reply »

ashok kaushal (October 12, 2017 7:23 PM)
Is every member satisfied and benefited by being a member of ACS? Who will ensure?
Like, have every student grasped the contents of my lecture in the class?
Reply »