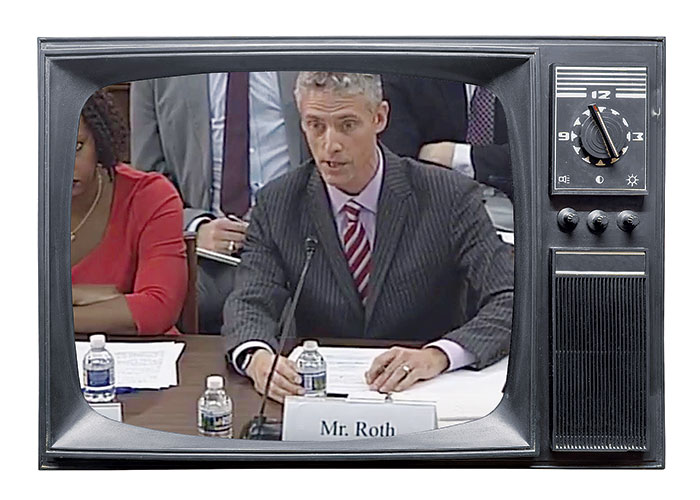 Last month, I testified before the U.S. House of Representatives’ Energy & Commerce Committee’s Subcommittee on Health about a proposed over-the-counter (OTC) monograph user fee. This fee would be paid to the U.S. Food & Drug Administration by manufacturers of OTC drugs with an FDA-registered list of ingredients to help fund staff to review changes to formulations of those products. I was the fifth of five industry representatives to testify at that session. We each had five minutes for our oral testimony, which meant I had 20 minutes or so to wait while sitting at a table facing elected House members and their staff.

I found myself wondering how I, a longtime trade magazine editor with a liberal arts background, ended up in this particular hot seat. The simple answer is that I had recently switched careers and was testifying as the president of the Pharma & Biopharma Outsourcing Association (PBOA), an organization I helped start in order to represent the interests of the firms I’d covered—contract manufacturers of pharmaceutical products. The impetus for this move arose from a fundamental and defining change in the field of contract services in pharmaceuticals, one that created the need for better representation on Capitol Hill and beyond.

In recent years, the contract services sector, which converges on Frankfurt on Oct. 24–26 for the annual CPhI Worldwide conference and exposition, has evolved from primarily supplying active pharmaceutical ingredients (APIs) under contract with drug companies toward manufacturing fully formulated drug products for those companies. The shift resulted from a major evolution in the drug industry’s business model for manufacturing in which outsourcing advanced to the point of some drug firms shuttering their small-molecule production plants altogether.

Such a huge makeover inevitably led to regulatory changes with staggering cost implications for contract manufacturers. This diverse set of outsourcing companies, crucial to the contemporary pharmaceutical supply chain, needed a comprehensive definition and a unified voice, both of which were lacking in 2012 during the first authorization of the Generic Drug User Fee Amendments (GDUFA), which determine fees that industry pays to fund FDA’s generic-drug review process in conjunction with the FDA Safety & Innovation Act.

In 2013, a year after the act was signed into law, I was reporting on GDUFA for Contract Pharma, a magazine about contract services on which I had been founding editor since 1999. Over the years, I’d built strong relationships with the dosage form contract manufacturing organizations (CMOs) that I wrote about—stronger than those I’d developed with their customers, which are drug companies that are less apt to speak with the press and seemed to move personnel in and out of outsourcing management positions too rapidly for me to get to know them.

As a journalist, I witnessed the drug companies’ increased comfort with external sourcing to dosage form manufacturers, which led CMOs to offer early-stage development services, giving rise to a new entity: the contract development and manufacturing organization (CDMO). These CMOs and CDMOs, which are not necessarily API makers but are focused primarily on making finished dosage forms of medicines, became increasingly important both to the global pharma supply chain and to the growth of big pharma’s R&D pipelines. In essence, a new concept in contract services had arrived, one that faced new challenges in providing pharmaceutical services.

The article I wrote about GDUFA focused on important distinctions between the dosage form interests of CMOs and CDMOs and the interests of the API contract firms. The first round of annual finished dosage form facility fees, a subset of the user fees paid by industry, had been assessed months earlier, and dosage form contractors were undergoing sticker shock. They’d never seen a user fee program that levied fees directly on manufacturing facilities. Under the Prescription Drug User Fee Act, fees were assessed, but FDA sent invoices directly to the holders of new drug applications or biologics license applications—that is, to the drug companies that outsourced manufacturing, not to the actual manufacturer.

CMOs were stunned by the size of the facility fees, about $175,000 in that first year—they’d escalate in future years—but they were just as amazed that these user fees could be instituted without any input from their industry. The article I wrote was brimming with anonymous quotes from CMOs; the respondents were concerned that attaching their names to these comments could lead to trouble.

I recall thinking, “Man, these guys really need some sort of trade association to represent them in front of FDA.” I filed that thought away for a few months until the president of a CMO approached me at a trade show with the exact same idea.

I recall thinking, “Man, these guys really need some sort of trade association to represent them in front of FDA.

Turns out this executive and some of his peers were seeing new regulatory requirements that they believed didn’t take into account the practical aspects of a dosage form contractor, essentially treating them like a drug’s license holder in ways that created irreconcilable regulatory burdens. With his repeated prodding, I organized a symposium of 35 or so CMO and CDMO staffers that fall, the evening before Contract Pharma’s annual conference. There I debuted our unofficial mantra, an adage popularized by former Louisiana Sen. John B. Breaux, now a health care industry consultant and lobbyist: “If you’re not at the table, you’re probably on the menu.”

That evening in September 2013, we reached consensus that a trade association was necessary for this sector and that contract firms were ready to take their seat at the table. The CMOs and CDMOs I worked with over the years trusted that I would be able to organize them effectively. More importantly, they trusted me to not play favorites. I never worked at any of their firms or any pharma company. Although that was a negative in terms of developing an insider’s perspective on how the business worked, it meant I wasn’t in anyone’s pocket. By the same token, the contract firms believed I understood enough about the market distribution of the industry to build a dues model that allowed smaller companies to join without ceding too much of the finances to the largest members.

I resigned from Contract Pharma, and the new organization, PBOA, incorporated in June 2014 with 15 member companies. We filed for nonprofit status, nominated trustees, approved bylaws, and got to work demonstrating to FDA that we were an important stakeholder in GDUFA and many other topics.

By October 2015, I found myself in a new world, traveling up and down the Northeast Regional Amtrak line between Newark, N.J., and Washington, D.C., representing CMOs and CDMOs in negotiations with FDA and other industry stakeholders regarding GDUFA, which requires reauthorization every five years. We came out of the negotiation in August 2016 with a better deal for CMOs, one that reduced the fee burden by creating a separate tier for CMO facilities.

When PBOA launched, I was naive enough to think that its work could be constrained to FDA relations, but I rapidly learned that a presence on Capitol Hill is necessary for any trade association. Many issues are shaped there before they reach FDA, so I’ve had to register as a lobbyist and learn how to negotiate the halls of Congress (with the assistance of a D.C.-based advocacy firm). After our work on GDUFA reauthorization, PBOA has worked with FDA and other industry associations on quality metrics and serialization implementation, the aforementioned OTC monograph user fee, and inspection issues, focusing on areas in which the CMO/CDMO perspective may differ from that of pharmaceutical license holders and other service providers.

This year, we conducted extensive lobbying efforts to educate Congress about the role PBOA members play, not just in producing quality, cost-effective, life-saving medicines for their customers, but also in providing development services that enable start-ups to conserve capital and advance their innovative molecules.

All of which brought me to that panel before the House subcommittee a few weeks ago. The proposed OTC monograph user fee relies on dosage form manufacturing facilities for its revenues, and my members were interested in making sure the fee was fair, was equitable, and respected the economics of the CMO/CDMO sector. I hadn’t covered OTC manufacturing during my editorial days, but PBOA achieved its goal through negotiations with FDA and other stakeholders, and I was able to sit beside my peers and testify about the value of OTC monograph reform and the key role CMOs and CDMOs can play in bringing new drug formulations to market.

And no one questioned what I was doing on the panel.