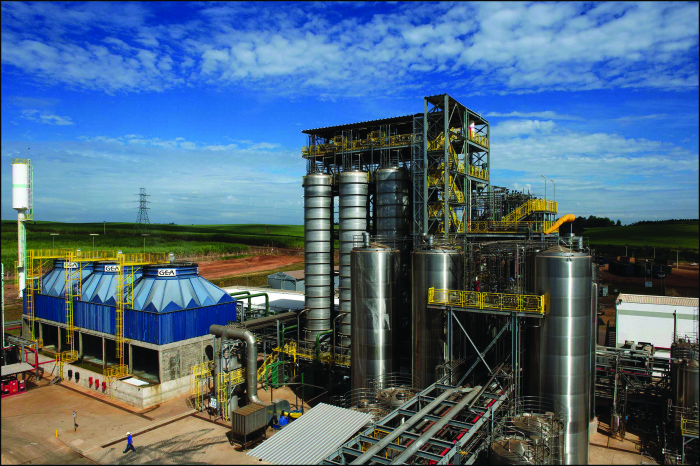 The announcement came three days after Amyris disclosed its earnings for the third quarter. The company booked $24.2 million in revenues from product sales and collaborations, down from $26.5 million in the year-ago quarter. And its quarterly loss ballooned to almost $34 million from $19.7 million.

Founded in 2003 to commercialize science from the lab of University of California, Berkeley, chemical engineer Jay D. Keasling, Amyris bet big on the potential of its fermentation technology. But investors have recently grown inpatient. Its stock price has fallen from a high of close to $80.00 per share in 2013 to less than $4.00 today.

The purchase is the second cash infusion from DSM. In May, the two firms began working together to develop nutritional ingredients such as microbially produced vitamin A. As part of the agreement, DSM invested $50 million in Amyris.

Amyris has operated the farnesene plant in Brotas, Brazil, since 2013. Equipped with six 200,000-L fermenters, the facility was designed to serve large markets. In a conference call with analysts, CEO John Melo said Amyris requires new capacity to manufacture the smaller batches of specialty chemicals desired by its other customers in health, personal care, and flavors and fragrance markets.

Meanwhile, DSM plans to ramp up its own biobased production. “Our know-how in fermentation, downstream process development, and large-scale manufacturing will allow us to further improve the operational performance of the facility,” said Chris Goppelsroeder, president of DSM Nutritional Products.

Cowen & Co. stock analyst Christopher Souther agrees that DSM can likely improve the plant’s operations. “We see the sale as strong evidence of the value of Amyris’s platform and view it as a positive given the company’s strong need for liquidity,” he wrote in a note to investors.

Melo said Amyris is on track to hit $130 million in revenues this year, or double last year’s results. The company plans to manufacture a low-calorie sweetener in 2018 and build a second facility without taking on more debt.

Comments
Trevor Gauntlett (November 23, 2017 5:42 AM)
With DSM in charge it may become clearer to all in the market what Farnesene might be used for. Like many University start-ups, Amyris had a reputation for trying to hit all possible markets equally.
Reply »