DuPont takes a crack at running a chemistry incubator 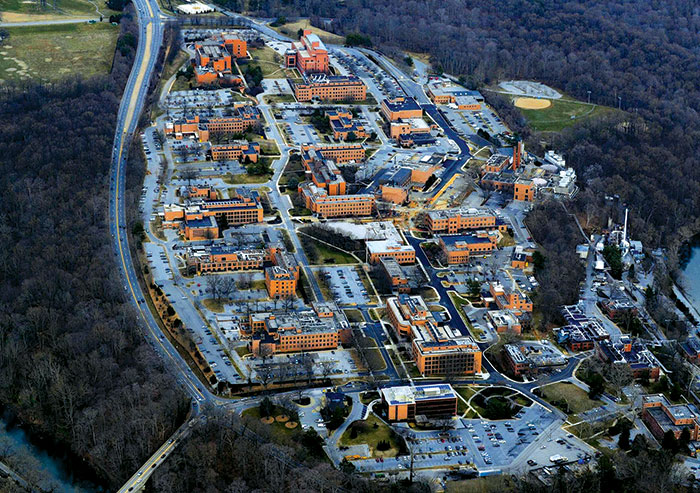 Big corporations say they value start-ups. But rarely do they plunk down an incubator in the middle of a corporate research campus. Pharmaceutical firms regularly sponsor start-up incubators. But still unusual is the chemical and materials firm that carefully nurtures nascent businesses.

Five businesses have moved in at the Delaware Innovation Space incubator.

DuPont wants to change that paradigm with the formation of a lab and business accelerator that it hopes will mark a new direction for its celebrated Experimental Station in Wilmington, Del. Announced in April, the plan is one of many changes to buffet the chemistry research community in Delaware since DuPont and Dow Chemical announced their merger in December 2015.

“Fresh young scientists getting their degrees today can go with jobs in academia, industry, or entrepreneurial start-ups. But here the lines will blur,” says Alexa Dembek, chief technology officer of DowDuPont specialty products and the executive who oversees the Experimental Station.

“We have innovation centers and R&D centers across the globe to understand customer problems and bring science insight to solve them. But it’s important we are challenged to drive change,” Dembek explains. With DIS on campus, the Experimental Station will be less of a buttoned-down corporate research center and more of an innovation park, she says.

DIS made its formal debut earlier this year when a consortium of DuPont, the University of Delaware, and the State of Delaware announced they would pony up more than $7 million in cash to get the incubator organized and running. DuPont kicked in another $2 million in lab equipment. The U.S. Department of Commerce helped with a $3 million grant.

“The baseline idea for DIS came around the time Dow Chemical and DuPont said they would merge in late 2015,” recalls Bill Provine, a DuPont executive on loan to DIS as its chief executive officer. “Change inspired an atmosphere of thinking differently.”

The merger, completed in August, came with a plan to subsequently split DowDuPont into separate agriculture, materials science, and specialty products companies. The merger also came with the knowledge that the Experimental Station would have to adapt to the times, Provine says.

That change began in January 2016 when DuPont said it would cut back its vaunted Central Research unit at the station with the dismissal, according to C&EN sources, of more than 200 scientists. The station remains a major DuPont research center. 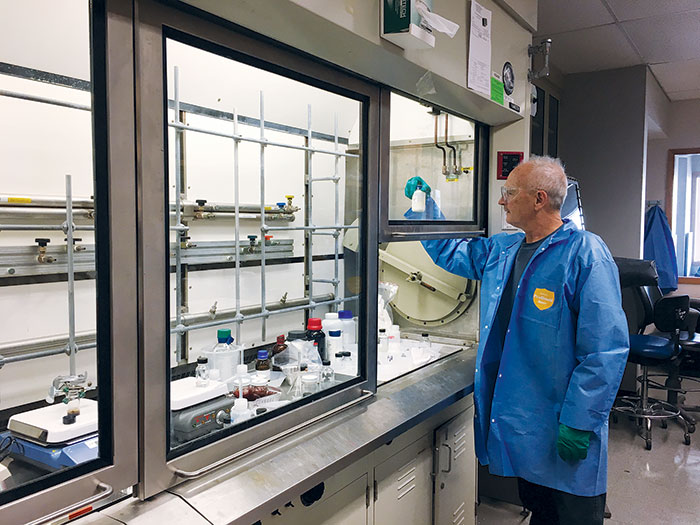 A year later, CEO Ed Breen said DuPont would spend $200 million to renovate the station. Perhaps anticipating the incubator, he said the funds would go to foster a more collaborative research atmosphere at the site.

DuPont committed to the investment even as a longtime station tenant was making plans to leave. Axalta Coating Systems, the former DuPont coatings business, had already said it would move its researchers at the station to a new facility in Philadelphia by 2018.

Then Chemours, DuPont’s former performance chemicals business, announced about a month ago that it would move 330 researchers from the station to a new R&D facility at the University of Delaware’s campus in nearby Newark, Del.

The Experimental Station’s current tenants, which include the biopharmaceutical firm Incyte, already make it something of a multitenant research park, Provine says. But seeking to go further, DuPont executives began to think about setting up a business incubator.

They were inspired by Johnson & Johnson’s JLabs model, which nestles health-related start-ups in full-service incubators, Provine says. JLabs gives start-ups access to research facilities, specialized equipment, and administrative services. It also frees them from many of the pressures that come with getting a business up and running.

The DIS building, where construction is still under way to configure labs and open up work space, will give entrepreneurial researchers “a landing spot with an internationally leading support structure,” Provine says. He expects scientists from DuPont and Incyte will interact with incubator residents.

The 150-acre station hosts dozens of laboratory buildings and has a reputation for supporting research going back more than a century. Among the buildings are labs where Wallace Carothers discovered nylon 6,6 in 1935, Stephanie Kwolek discovered Kevlar bulletproof aramid fibers in 1964, and 1987 Chemistry Nobel Prize winner Charles J. Pedersen did his work on crown ethers.

The University of Delaware also contributed to the formation of DIS. DuPont has long had a relationship with the school, and it made sense to ally with it to develop the incubator, Provine says.

The university’s part in the project “fits squarely in our mission,” says Charles G. Riordan, the school’s vice president for research, scholarship, and innovation. That mission includes preparing students for the workforce, providing an outlet for intellectual property developed at the university, and contributing to the state of Delaware’s economic development.

Riordan is enthusiastic about the opportunity DIS offers to chemistry and biochemistry faculty at Delaware to “take space and bring technology to market.” The university itself has limited wet lab space for new businesses, he notes, while DIS has plenty of it. What’s more, DIS is convenient to the school’s campus, 20 km away.

DIS could also be a home for established scientists, including those DuPont let go two years ago. A group of 100 scientists and businesspeople, about 80 of whom are former Central Research scientists, have formed the Science, Technology & Research Institute of Delaware (STRIDE) to take a role in the incubator.

The nonprofit moved into a 70-m2 DIS lab in October with the goal of helping chemistry entrepreneurs advance research to a stage where they can secure patents and attract funding. It also intends to allow members to use the lab space to consult for corporate clients like DuPont.

STRIDE’s head, Seetha Coleman-Kammula, says, “We’re mostly a group of preretired people.” She asserts that the age and experience of the group’s members are assets to both established businesses and the incubator community. They want to continue working “because we are scientists, and chemistry is our identity.”

DowDuPont’s Dembek notes that the firm did not form DIS with a “strategic intent to employ ex-DuPonters.” Rather, she says, DIS is intended to “take advantage of the regional talent base, including former DuPont employees.”

STRIDE’s plans include using funding it received from the Longwood Foundation, a community projects fund set up by a scion of the DuPont family, to make talent grants to scientists. All they need is an idea, and STRIDE will help with access to lab space at DIS, Coleman-Kammula says.

For Adesis, a contract research firm and maker of organic light-emitting diode materials now moving in, DIS comes at the right time. The firm, owned by OLED materials firm Universal Display, was running out of space at its nearby plant.

The 650 m2 of space Adesis is taking at DIS will allow it to do process development in a vibrant research community, says President Andrew Cottone. The firm has already hired former DuPont scientists and could hire more for the DIS lab, which will be able to accommodate 30 researchers.

Cottone says the opportunity to conduct research at the historic Experimental Station fulfills a dream he had as a budding chemist to work in a DuPont lab. Ironically, the dream is coming true not at DuPont but at his own firm.

As happy as they may be at DIS, firms that take up residence there aren’t expected to stay forever, Provine says. While the consortium running DIS hasn’t determined what an average stay will be, it intends to review each business annually, he notes. When the time is right, DIS will help businesses move on.

New health and information technology companies have plenty of places to get support, “but there are not many incubators where chemistry and hard science businesses can go when they start up,” Provine says. “Our hope and aspiration is that DIS will be the place to launch those businesses.”

Petrochemicals
Ineos to buy BP’s chemical unit for $5 billion
Investment
South Korea’s SK to invest in more Georgia battery production
Business
Business Roundup
Share X
To send an e-mail to multiple recipients, separate e-mail addresses with a comma, semicolon, or both.
Title: DuPont takes a crack at running a chemistry incubator
Author: Marc S. Reisch
Chemical & Engineering News will not share your email address with any other person or company.