by Brought to you by ACS Career Navigator 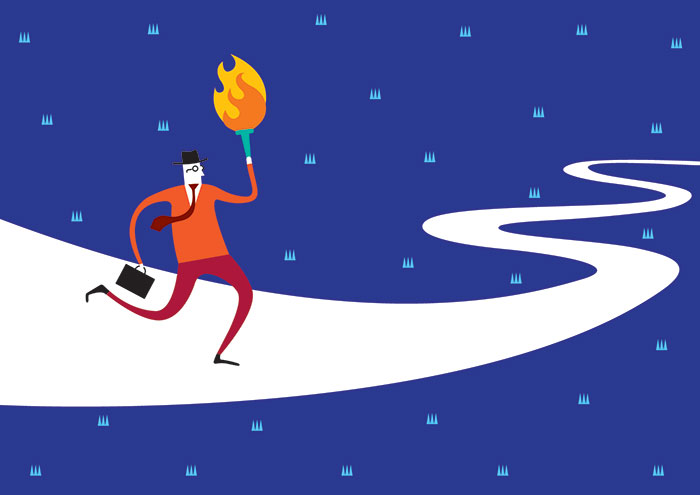 Once upon a time, there was a chemist who had been working at the same company for more than 15 years. He changed projects and departments over the years, always moving up in responsibility and prestige, and always receiving excellent performance reviews. People at the highest levels of the organization often asked for his help with special projects.

Still, he realized he was becoming more and more unhappy. Over time, his peers and supervisors changed, and their goals did not always align with his. Personality conflicts arose, and tension in the workplace was the norm. He dreaded going to work and started counting the time until retirement. Even though he continued to progress up the ladder, he wasn’t satisfied professionally anymore. Finally, he realized that while he was still doing excellent work, he just wasn’t enjoying it.

He started seriously exploring his options and before too long had an offer from another organization to build a new program from the ground up. Turning in his notice was difficult, as was saying goodbye to colleagues he had worked with for decades.

But after just a few months at the new company, he knew he had done the right thing. Once he got past the initial learning curve, he was rejuvenated and looked forward to going to work every day. After a few months, he started seeing the results of his efforts, and he was proud of what he was accomplishing.

Even better, now that he had made the change, he knew he could do it again and was no longer afraid of losing his job. Knowing he could find another job gave him the confidence to be a better employee. He wasn’t afraid to stand up for what he wanted at work and to be firm about what he needed to do his job. This was an unexpected, but welcome, bonus of the transition.

Is there something you have been meaning to do but have been putting off because it was too difficult? Might there be other benefits from doing it that you hadn’t considered?

There is no time better than today to give your career a good, hard look, and identify things you’ve been meaning to do but have put off because they were too big or too hard or because you didn’t know how to do them.

Start looking into what it would take to make your professional dreams come true. Ask your colleagues and friends for ideas and suggestions. Spend some serious time thinking about where you want to go next, and figure out what it will take to get there. Maybe it’s looking for a new job, maybe it’s enrolling in a degree program, maybe it’s finding a volunteer role that will let you learn a new skill that you can use to transform your current job. Whatever it is that you need to do, the sooner you get started, the sooner you will get yourself to the next level.

Get involved in the discussion. The ACS Career Tips column is published the first week of every month in C&EN. Post your comments, follow the discussion, and suggest topics for future columns on the ACS Careers blog (www.acs.org/network-​­careers).

Employment
Career Ladder: Lana Rossiter
Diversity
How a Twitter discussion on #InvisibleWorkSTEM catalyzed institutional change
Career Tips
Finding your affinity group
Share X
To send an e-mail to multiple recipients, separate e-mail addresses with a comma, semicolon, or both.
Title: Start pursuing your career dreams
Author: Brought to you by ACS Career Navigator
Chemical & Engineering News will not share your email address with any other person or company.