Chemists and chemistry enthusiasts demonstrate to the public the many ways that ‘Chemistry Rocks!’ 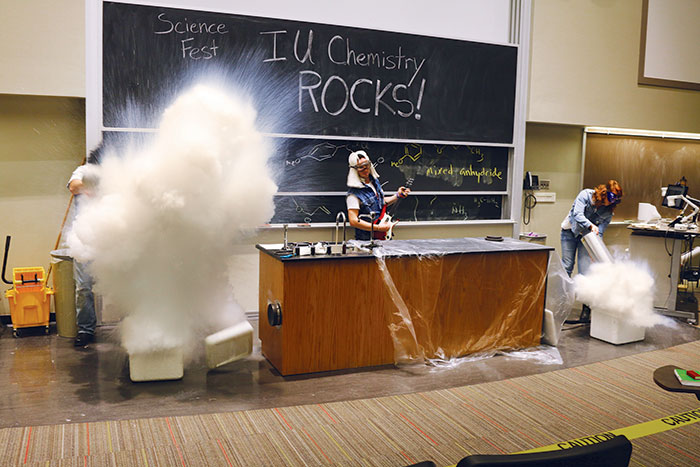 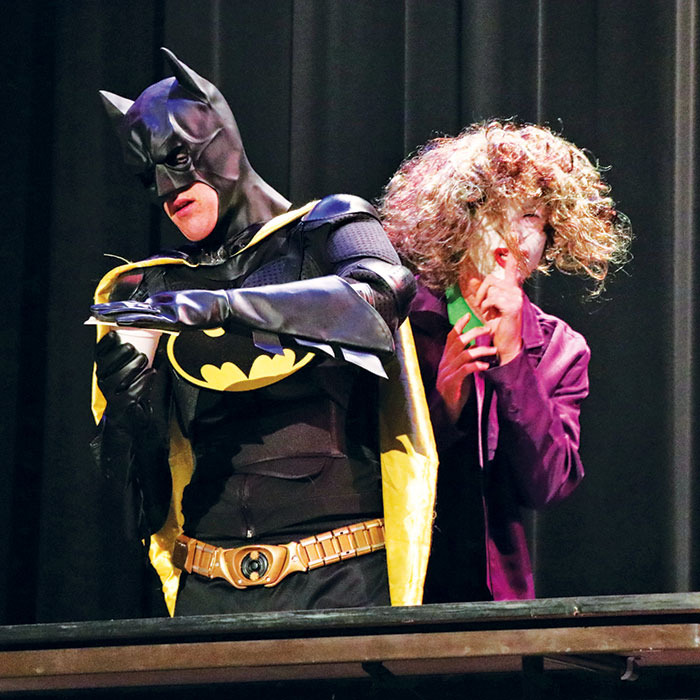 This year’s 30th anniversary celebration took place Oct. 22–28 and focused on the theme of “Chemistry Rocks!” which celebrates the chemistry of rocks and minerals. Across the U.S. and Puerto Rico, volunteers from ACS’s 185 local sections and other chemistry enthusiasts took to shopping malls, libraries, museums, and other public venues to communicate the value of chemistry in everyday life.

“The success of this program is due to the countless hours that our ACS volunteers put into community outreach activities during NCW and their enthusiasm for creating a bit of wonder in the children experimenting with chemistry,” says ACS President Allison Campbell. “My favorite part of NCW is watching parents sidle up to their children and engage in the experiments themselves.”

“The goal of NCW is to encourage ACS members and nonmembers alike to be able to go out into the community and promote chemistry through outreach,” says Michael McGinnis, chair of the ACS Committee on Community Activities, which organizes NCW with the help of the ACS Office of Volunteer Support. “The more people that this program reaches, the more popular the program becomes.” 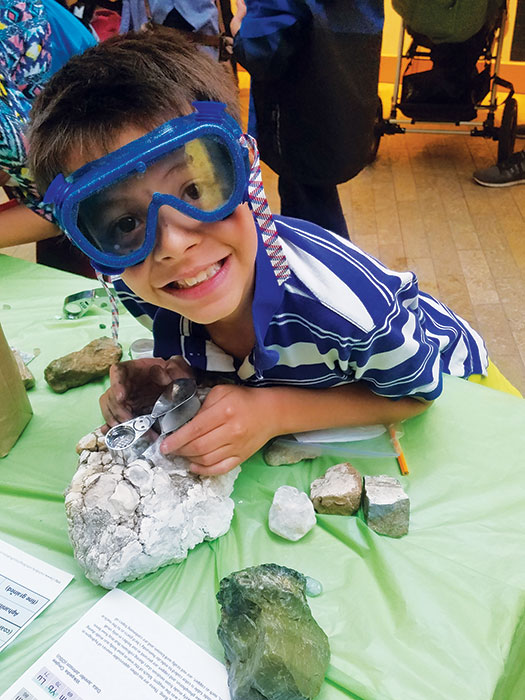 The following are highlights from this year’s celebration, collected through reports from ACS local sections. On social media, NCW participants shared photos under the hashtags #NCW30Years, #ChemistryRocks, and #NCW2017. Some of those photos are featured here as well.

The East Tennessee Section held a number of activities throughout the week. Local section members and friends enjoyed an ACS-sponsored science café on the chemistry of beer at a local brewery. Members and friends also toured the Tennessee Marble Company’s quarry and processing facility in nearby Friendsville. Al Hazari of the University of Tennessee, Knoxville, gave three presentations at the inaugural Tennessee STEAM Festival celebrating science, technology, engineering, art, and math. Hazari also hosted two chemistry magic shows at Rocky Hill Elementary School in Knoxville, as well as the 27th annual Magic of Chemistry show at the University of Tennessee, Knoxville. 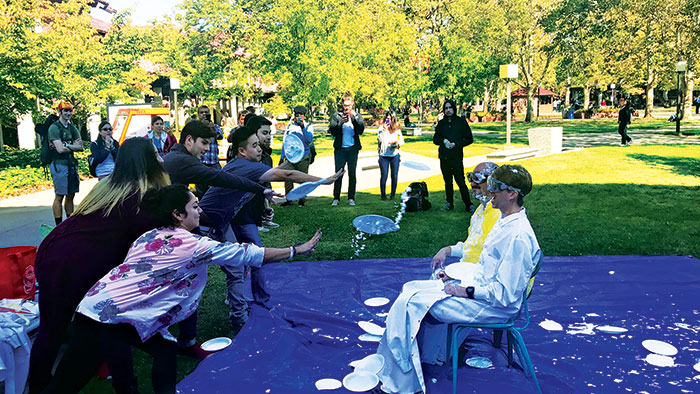 Credit: Sofya Tagvoryan
In the Sacramento Local Section, students from Sacramento City College throw pies at their chemistry professors during a fundraiser event.

More than 60 volunteers from the Kalamazoo Section performed 25 hands-on activities and demonstrations for more than 1,000 attendees at the Kalamazoo Valley Museum in Michigan. Chemists from the Kalamazoo Geological & Mineral Society participated in the event, presenting displays of their work and talking to visitors about the intersection of chemistry and geology.

The Northeastern Section held NCW events at the Boston Museum of Science, the Boston Children’s Museum, and the Cape Cod & Islands Council of the Boy Scouts of America. The events drew more than 3,500 students. Activities included lessons on what makes up the ocean floor, simulated archaeological digs, an augmented reality sandbox, and an exploration of lava. 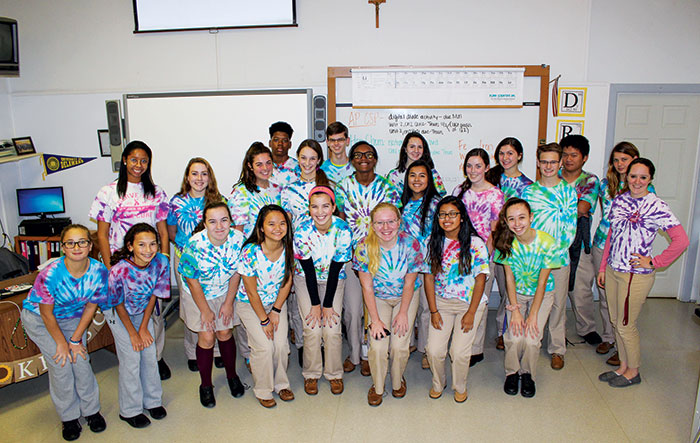 Credit: Kammas Kersch
Students from the Chemistry Club at St. Elizabeth School in Wilmington, Del., show off the tie-dye T-shirts they made during NCW.

More than 1,200 people were treated to hands-on activities at the New York Hall of Science, in Queens, as part of the New York Local Section’s NCW celebration. More than 300 volunteers were on hand to perform demonstrations and activities, with titles such as “Radioactive Rocks,” “Rock Painting,” and “Making Magic Sand.” The local section’s NCW program won the 2017 Partners for Progress & Prosperity Award for the mid-Atlantic region.

In the Northern New York Local Section, Dana Barry of Clarkson University presented a hands-on workshop about rocks and minerals to fifth and sixth grade students at St. Mary’s Catholic School in Canton. Students used magnifiers, magnets, and other tools to analyze and characterize a variety of rocks and minerals. The students also prepared three-dimensional models of the mineral halite, also known as rock salt or NaCl, using toothpicks and candy. 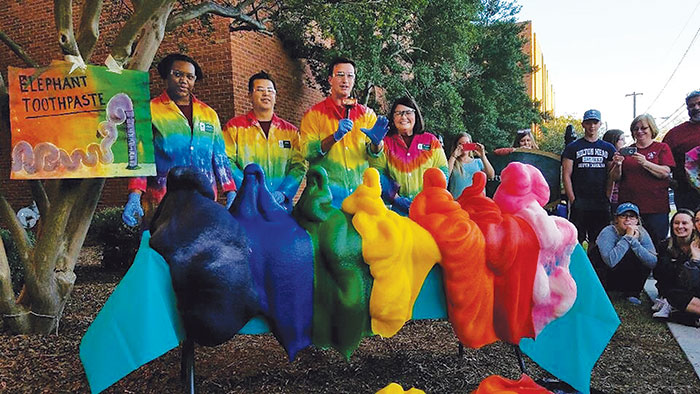 The Orange County Section hosted a day of chemistry activities at the Santa Ana Zoo in California, led by volunteers from 12 colleges and university groups. The local section paid for admission to the zoo for residents of Santa Ana and nearby Tustin. 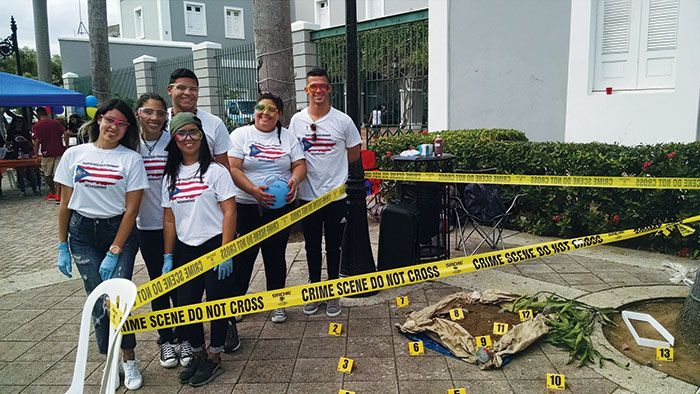 Despite the devastation in Puerto Rico caused by Hurricane Maria, over 500 volunteers from the Puerto Rico Section turned out on Dec. 10 to celebrate the Festival de Química at the Paseo de la Princesa in Old San Juan. Volunteers from 14 ACS student chapters, 10 high school chemistry clubs, and other organizations presented hands-on demonstrations based on the NCW theme “Chemistry Rocks!” The volunteers were treated to a lunch sponsored by CAS, a division of ACS. Other expenses were covered by ACS past-president Donna Nelson. 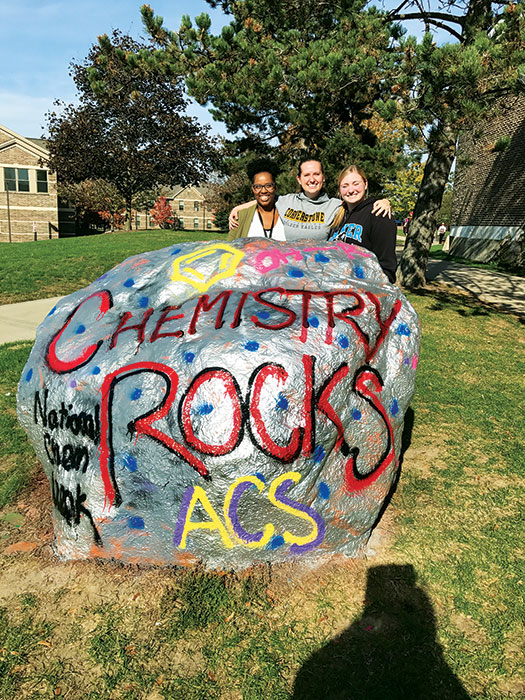 In the Puget Sound Section, more than 30 student volunteers from Skagit Valley College in Washington visited 23 classrooms at LaVenture Middle School and performed crystal-growing experiments with nearly 700 sixth- through eighth-grade students. The college students also chatted with the middle schoolers about college life and careers in science, technology, engineering, and mathematics.

In the Salt Lake Section,visitors to the Salt Lake City Public Library created sedimentary, metamorphic, and igneous rocks, made their own crystals within a geode, built stalagmites, and searched for meteorites. They also learned about the chemical characteristics that impart color, fluorescence, and magnetism in rocks and minerals.

The South Florida Section hosted NCW chemistry demonstration activities at the Fort Lauderdale Museum of Discovery & Science, as well as the Phillip & Patricia Frost Museum of Science in Miami.

Planning for next year’s NCW celebration, which will take place Oct. 21–27, is already under way. The celebration will focus on the chemistry of outer space with the theme “Chemistry Is out of This World.”

[+]Enlarge
Credit: Pat Martino
In the Susquehanna Valley Section, students from Bucknell University light up the night with their NCW pumpkins. 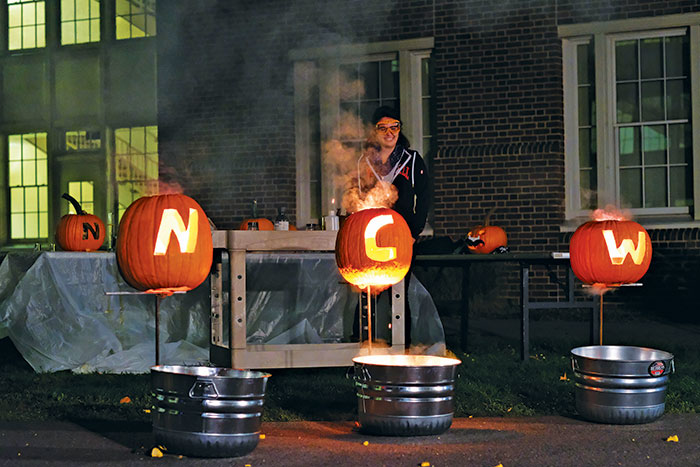 Credit: Pat Martino
In the Susquehanna Valley Section, students from Bucknell University light up the night with their NCW pumpkins.
[+]Enlarge
Credit: Bradley Wile
A periodic table of rocks assembled by students at Ohio Northern University. 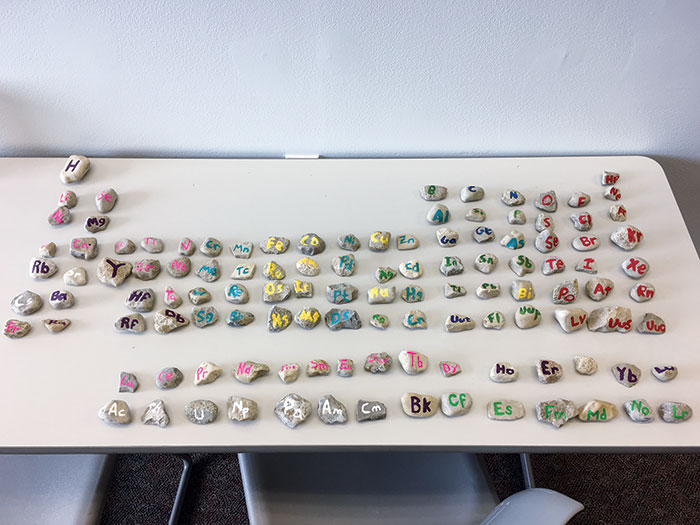 The ACS Committee on Community Activities and the ACS Office of Volunteer Support have announced the winners of the 2017 National Chemistry Week Illustrated Poem Contest, in which K–12 students were invited to share their interpretation of this year’s theme, “Chemistry Rocks!,” in the form of illustrated poems. First-place winners in each grade category received $300. Second-place winners received $150. 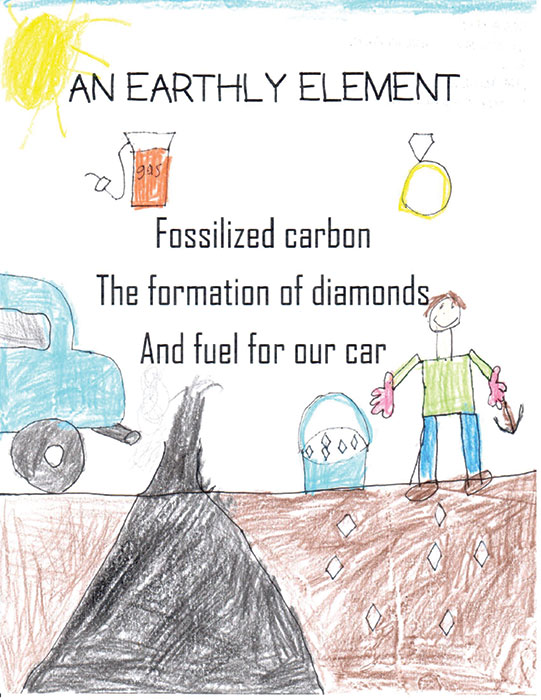 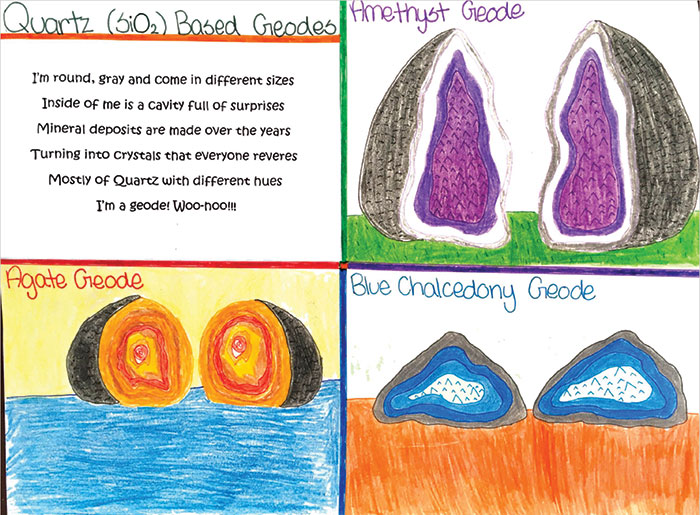 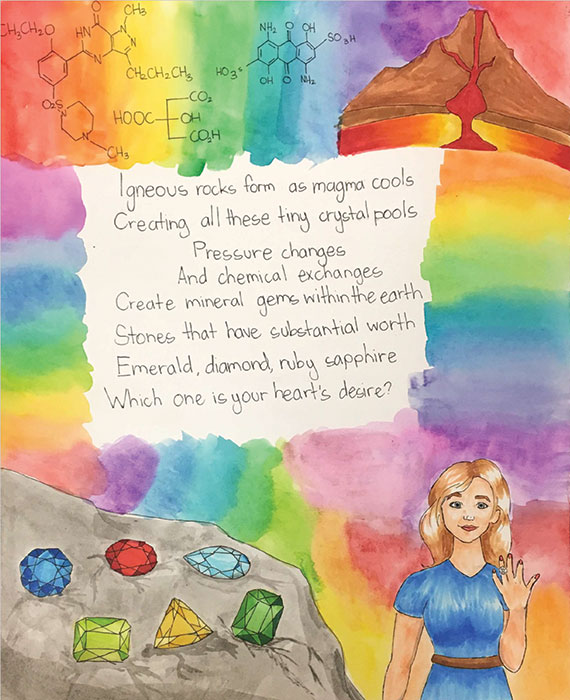 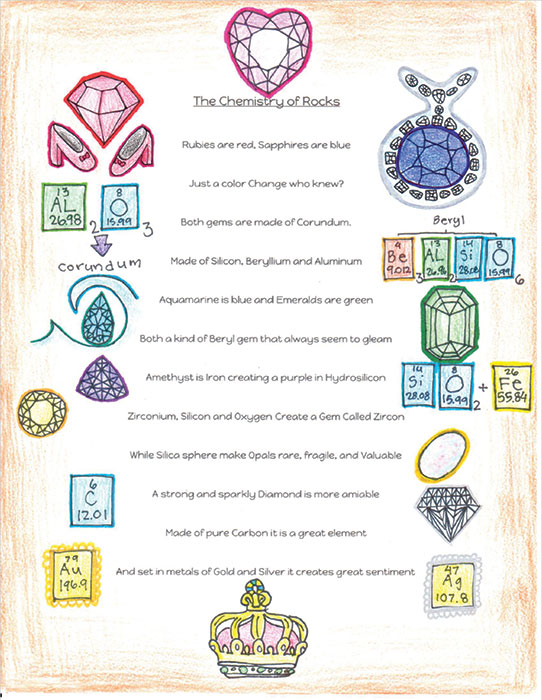 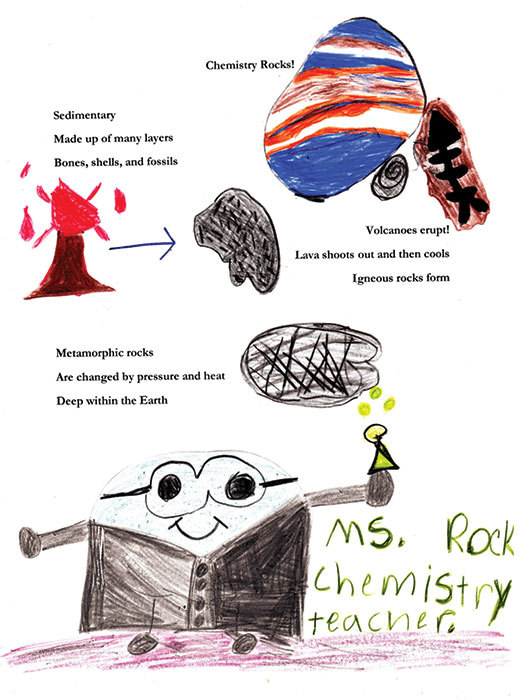 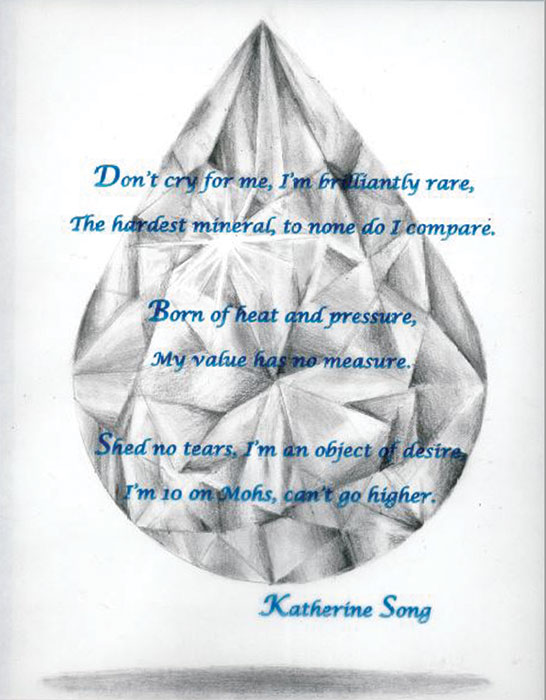 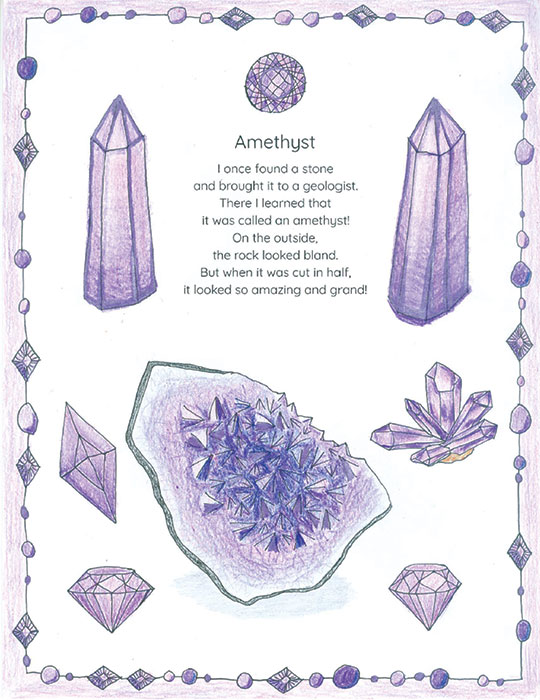 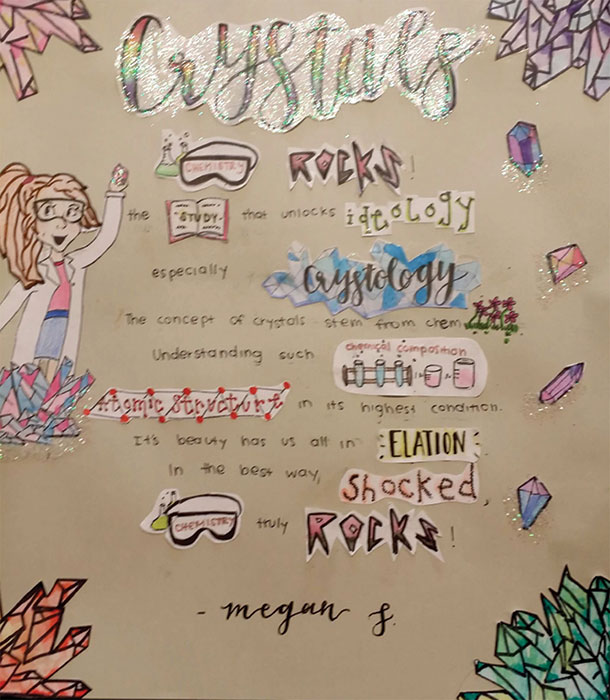