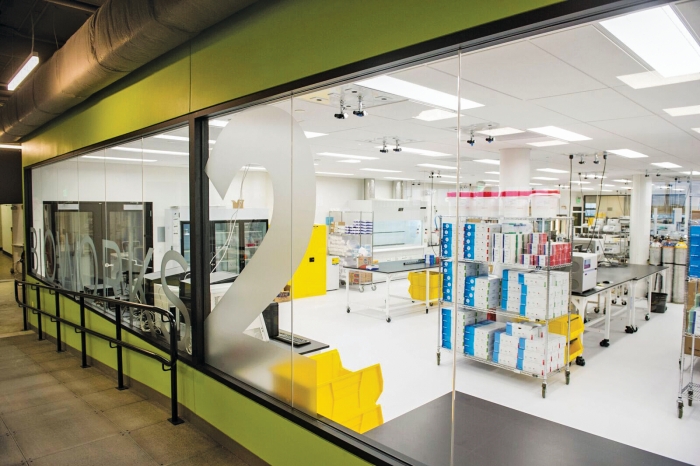 Ginkgo uses the DNA to build customized multigene enzymatic pathways and microbial strains for clients such as Cargill and Archer Daniels Midland that are looking to produce chemicals and ingredients. In 2016, Gingko signed DNA supply deals with Gen9 and Twist Bioscience for a combined 600 million base pairs of DNA, an amount expected to be more than half the synthetic DNA market.

However, in late 2016, Boston news reports said that Gen9 had put orders on hold and was laying off sales staff. With the acquisition, Gen9’s operations and R&D teams will join Ginkgo. And Gen9’s BioFab manufacturing systems, which include proprietary technologies, software, and informatics tools, are being moved into Ginkgo’s facilities.

The opportunistic acquisition makes sense because of the companies’ existing relationship and proximity in the Boston-area, Lux Research analyst Victor Oh says. “It really just accelerated the inevitable by bringing that gene synthesis capability in-house to accelerate product development and project timelines.”

Oh says that timing was likely a factor. Gen9 appeared to be facing a decision of whether to raise money to expand so it could keep up with demand, or instead to join forces with its largest customer Ginkgo.

He anticipates that many of Gen9’s other customer relationships will probably continue.

But further consolidation also wouldn’t come as a surprise among other companies that have relationships similar to the one between Ginkgo and Gen9, says Lux’s Oh. For example, microbe engineer Zymergen buys its DNA from nearby Twist. And like Ginkgo, Zymergen is ramping up its robotic production and signing on clients.