[+]Enlarge
Credit: IOCD
IOCD’s One-World Chemistry initiative is part of the organization’s efforts to promote chemistry for better health and a better environment and to strengthen education in the chemical sciences. 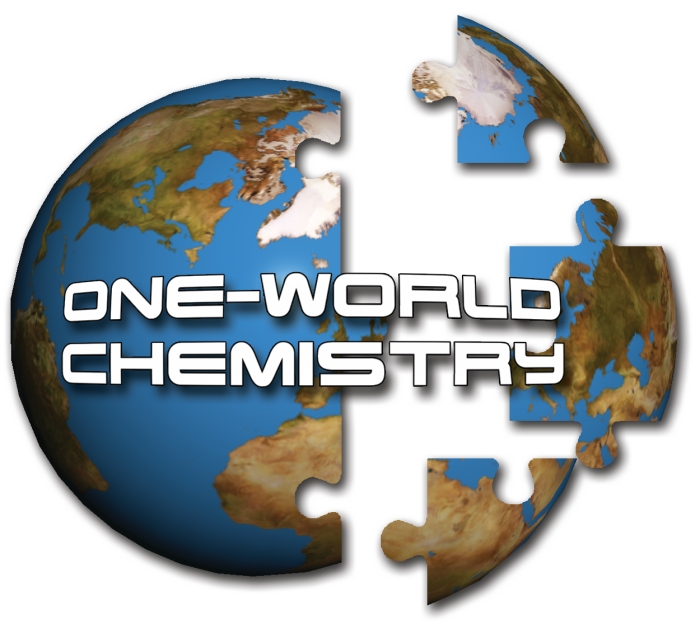 Credit: IOCD
IOCD’s One-World Chemistry initiative is part of the organization’s efforts to promote chemistry for better health and a better environment and to strengthen education in the chemical sciences.

An editorial in Nature Chemistry in 2010 asked chemists a simple question: “Where are the champions?” The opinion piece highlighted long-held misconceptions and negative perceptions about chemistry and observed that “chemistry lacks the easily articulated grand challenges associated with physics or biology, and it generally gets a rough ride in the mainstream media. All the more reason that it needs effective advocates and champions.”

The International Year of Chemistry held the following year does not appear to have achieved the hoped-for change in chemistry’s standing in the public’s eye, to have raised the profile of the subject, or, with a few exceptions, to have inspired champions of chemistry to step forward. Moreover, a Royal Society of Chemistry study in 2015 revealed that chemists’ image of how society views the subject was worse than the reality. These results seem to us indicative of a profession afflicted with low self-esteem rather than one confident to undertake effective advocacy on its own behalf.

Against this backdrop, chemists need to ponder ways to reenergize and refresh their profession in a form that will be suited to meeting oncoming challenges. We should reflect on the question, where are the champions? It is inextricably linked to the equally important question, how do we champion chemistry? And both of those questions raise the further question, what is the nature of the chemistry that should be championed?

It has become evident to us that chemistry must create a fresh idea of its position and purpose and develop around this idea a coherent, collective effort to encourage, promote, and project new messages in the field and outward to society at large. Our intent is to stimulate a debate to address emergent concerns and to suggest a nuanced “agenda for rejuvenation” for the chemistry community and other stakeholders, particularly policy-makers, to consider. The aim of this effort is the promotion and advancement of the discipline to ensure that its creative power and reach are fully harnessed for the well-being of our planet and people.

The canvas of chemistry being unlimited, it fulfills several essential roles: as a science contributing fundamental knowledge of the properties, behaviors, and transformations of atoms and molecules; as an underpinning for adjacent sciences that depend on understanding molecular structures and interactions; and as a source of a vast range of useful products and applications. But this very breadth and diversity of capacities make it hard to encapsulate—for the big picture to emerge and for the human angle to be appreciated.

Our concept and approach, which we call One-World Chemistry, has been put forward as one framework for accomplishing these goals. One-World Chemistry incorporates three basic principles. This first is that in pursuing the chemical sciences, it is essential to develop awareness of how chemical systems interact with many other systems, including the physical, biological, and ecological systems of the planet. It aims to position chemistry as a science pivoted on the human activity-ecosystem interface.

The second principle follows from the first and recognizes that the solutions to many fundamental and applied problems traverse geographic and disciplinary boundaries and mandate cross-disciplinary approaches. The third and overarching principle is that chemistry must at all times be practiced in an ethical manner, taking account of the short- and long-term impacts both of how it is conducted and of the uses, potential uses, and fates of its products and by-products.

These principles have consequences for the teaching and practice of chemistry, which need to adopt systems thinking as a core perspective and reinforce ethical behavior and skills in cross-disciplinary approaches from an early stage.

This framework makes it inevitable that chemistry will seek—and project itself as being concerned with—links to major global concerns, such as finding environmentally benign ways to generate energy, creating new materials while conserving natural resources, devising processes with a minimal carbon footprint, developing new drugs for neglected and emerging diseases, and overcoming challenges of drug resistance. It also presents opportunities for creating and publicizing “grand challenges” that frame chemistry as a positive and proactive contributor to meeting oncoming societal needs instead of just waiting for disasters to make news headlines that present chemistry as the culprit rather than the solution.

Clarity about the position and purpose of chemistry is an essential prerequisite for determining who can be the champions of this inclusive, ethical, and sustainable new world. Our conclusion is that everyone must become champions: individual chemists, academic departments in colleges and universities, chemistry societies, environmental advocacy groups, government agencies, and industry. They must act both individually and collectively through coordinated initiatives.

Within this overall shared responsibility, championing can be given leadership and afforded stronger public appeal and greater impact by encouraging the emergence of role models and skilled advocates. Chemistry lacks well-recognized voices such as those of Craig Venter for genomics research and Stephen Hawking for cosmology. Statesmanlike celebrity chemists can and should contribute significantly by capturing broad attention in the media, galvanizing societal esteem, and igniting young minds to project the dimensions of chemistry in all its diverse roles. Of course, the champions may be important and busy people devoting their time to doing great science. But it is incumbent on them to give attention to and communicate about the field that sustains their creative urges and provides the basis for their visibility and careers.

It is crucially important that chemistry is projected both as an exciting fundamental science and as an ethical science for the benefit of society.

Such advocacy can be supported and encouraged by everyone associated with the chemistry enterprise. In particular, champions from industry need to be able to overcome challenges in how companies are perceived by a skeptical public. Many people recognize that the chemical and pharmaceutical industries are major drivers of the global economy, but they also know these manufacturers are major consumers of raw materials and sources of pollution that cause environmental damage.

The adoption of green chemistry approaches by sections of the chemical industry has been a step in the right direction—and one that can actually be cost-effective rather than a cost accelerator. Embracing the principles and practice of One-World Chemistry offers industry the opportunity to radically reform its image and operations and to position itself in a new light as the champion for sustainable development and the source of solutions to global challenges.

It is crucially important that chemistry is projected both as an exciting fundamental science and as an ethical science for the benefit of society, one whose central goal is human well-being and the well-being of our planet. All who are associated with the chemistry world—that means all of us—should take up the challenge of championing this view.

The authors are affiliated with the International Organization for Chemical Sciences in Development (IOCD), which was founded at UNESCO in 1981 to promote the pursuit and application of the chemical sciences for sustainable, equitable human development and economic growth. IOCD provided funds for workshops held in 2015 and 2016 on promoting the future of the chemical sciences that led to the writing of this essay.

Stephen A. Matlin is secretary and head of strategic development for IOCD and adjunct professor in the Institute of Global Health Innovation at Imperial College London.

Goverdhan Mehta is an IOCD board member and University Distinguished Professor and Dr. Kallam Anji Reddy Chair in the School of Chemistry at the University of Hyderabad.

Henning Hopf is an IOCD board member, a professor in the Institute of Organic Chemistry at the Technical University of Braunschweig, and a past president of the German Chemical Society.

Comments
uthman Muhammad Sani (February 7, 2017 1:32 AM)
I concur, it's a step at the right direction but this organization should Struggle to unit chemist under it's umbrella of foresight even if it's by encouraging voluntary service so as to simplify the task of getting chemist all over the World to lie on the same plane of this organization core recommendations. It will be my honor to voluntary serve in this effort.
Reply »