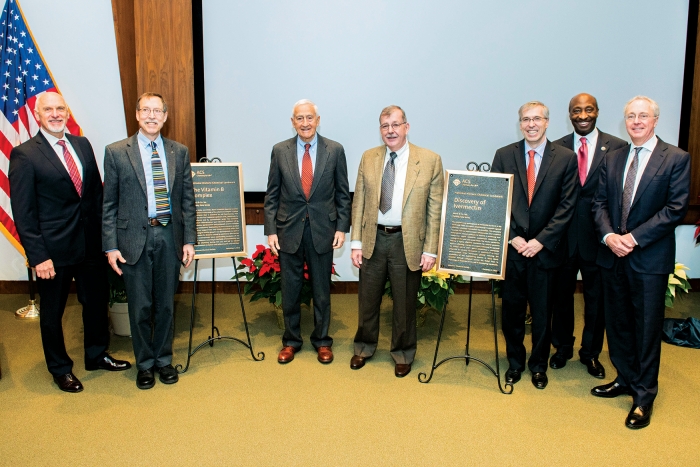 The discoveries of ivermectin and the vitamin B complex were designated National Historic Chemical Landmarks by the American Chemical Society during a ceremony on Dec. 2 at Merck Research Laboratories in Rahway, N.J.

Merck & Co.’s synthesis and development of ivermectin in the 1970s and 1980s provided a breakthrough treatment for infectious diseases transmitted by parasites. Similarly, Merck’s advances in the study of the vitamin B complex resulted in dietary supplements and treatments for diseases caused by nutritional deficiencies.

[+]Enlarge
Credit: Merck & Co.
William Campbell (right) talks to Mohammed Aziz (center) and Kenneth Brown (left) at a 1987 press conference in Washington D.C., during which Merck announced that it would donate ivermectin for the prevention of river blindness. 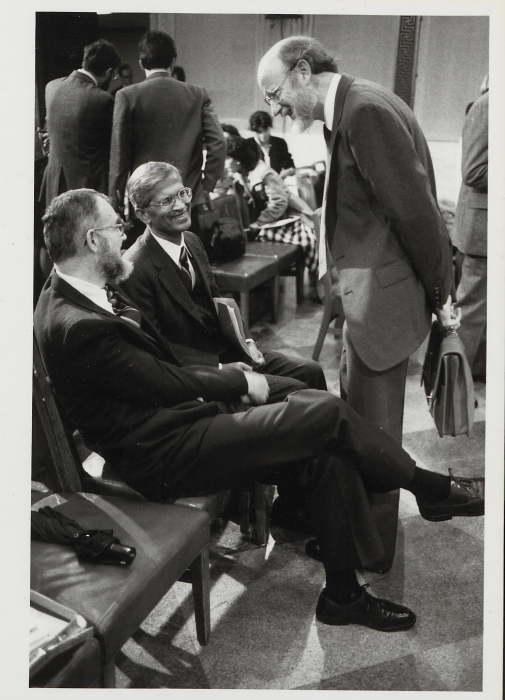 Credit: Merck & Co.
William Campbell (right) talks to Mohammed Aziz (center) and Kenneth Brown (left) at a 1987 press conference in Washington D.C., during which Merck announced that it would donate ivermectin for the prevention of river blindness.

“The work of Merck scientists in the discovery of ivermectin and in the development of the vitamin B complex represent striking examples of the transforming power of chemistry,” said Alan Rocke, chair of the ACS National Historic Chemical Landmarks Subcommittee, during his remarks. To earn landmark status, a discovery “must have occurred at least 25 years ago, it must represent a seminal achievement in the chemical sciences, and it must clearly evidence a significant contribution to society and the chemical profession,” Rocke said.

Merck discovered ivermectin through a partnership with scientists at Kitasato Institute in Tokyo. The work began in the late 1960s when chemist Satoshi O–mura of Kitasato Institute collected and screened soil samples for medicinally promising compounds produced by bacteria. O–mura sent the most promising bacterial cultures to Merck for further testing and development.

A team led by Merck parasitology specialist William Campbell identified one culture that was particularly effective at ridding mice of worm infestations. That culture was derived from soil O–mura had collected near a golf course outside Tokyo. The Merck team isolated the active component produced by the bacterium and named it avermectin, which is a combination of eight closely related compounds. The researchers eventually discovered a pair of avermectin derivatives that were 25 times as potent as existing treatments for parasitic worms. They named the pair of compounds ivermectin.

Ivermectin offered a highly effective treatment for several parasitic diseases affecting a variety of animals. Campbell and his colleagues later discovered that ivermectin could also be used to treat humans with onchocerciasis (river blindness), a disease caused by parasites that leads to blindness.

After ivermectin’s approval for human use in 1987 under the brand name Mectizan, Merck established the Mectizan Donation Program, which has donated treatments to millions of patients in developing countries. In 2015, O–mura and Campbell were awarded the Nobel Prize in Physiology or Medicine. 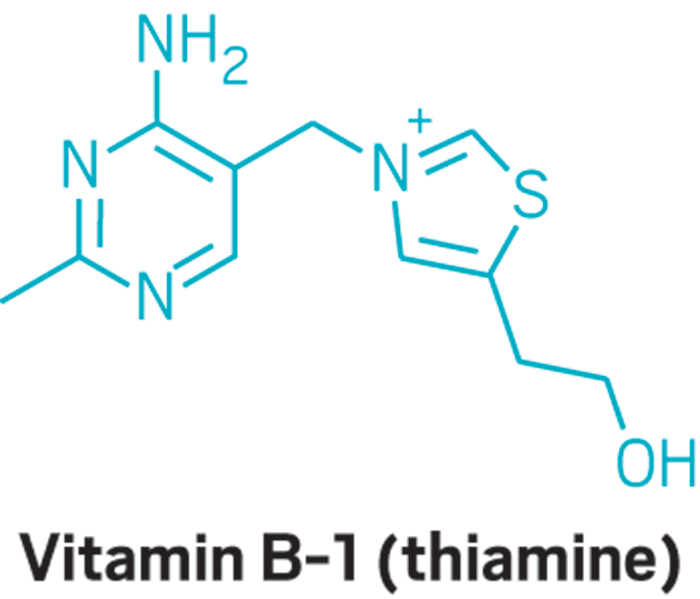 The discovery of the complex of eight B vitamins and their effectiveness at treating diseases also began as a curiosity. Scientists around 1900 could not understand why some diseases such as scurvy, pellagra, anemia, and beriberi resisted scientists’ efforts to isolate the pathogens that were presumed to cause the diseases. Chemists eventually discovered a connection between nutrition and disease, and a race began to isolate, characterize, and synthesize vitamins. 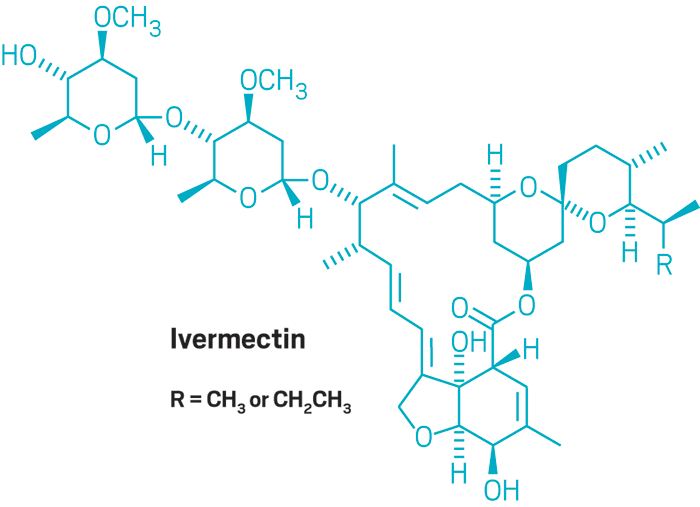 Understanding vitamins’ role in preventing disease allowed for interventions to increase human intake of vitamins. For example, thiamine-enriched foods, particularly bread flour, became a popular way of reinstating vitamins that were lost in grain processing. “The result has been dramatic improvements in human as well as animal nutrition and the near elimination of vitamin B-deficiency diseases in the developed world,” said Rocke.

ACS launched the chemical landmarks program in 1992 to enhance public appreciation for chemical sciences’ contributions to modern life in the U.S. and to encourage a sense of pride in the practitioners of those sciences.